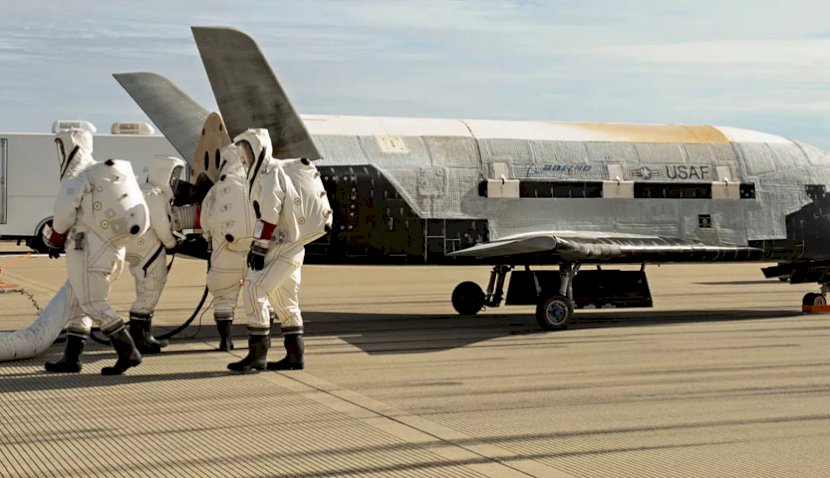 The US Air Force’s mysterious X-37B plane has set a modest new record, staying in space longer than any previous X-37B mission.

As of Friday that was 721 days, which is getting close to two years in orbit.

The previous longest mission, called Orbital Test Vehicle 4 (OTV-4), was for 717 days starting in May 2015. The current OTV-5 mission started in September 2017 when the craft was launched aboard a SpaceX Falcon 9 rocket.

Not much is known about X-37B and even less about what it does up there.

The US Air Force provides a broad overview of X-37B missions – testing reusable spacecrafts and conducting secret experiments on guidance, navigation, and thermal protection systems as well as experimental flight and propulsion technology.

But the details of those experiments remain secret.

"The X-37B is the first vehicle since NASA's Shuttle Orbiter with the ability to return experiments to Earth for further inspection and analysis, but with an on-orbit time of 270 days or greater, the X-37B can stay in space for much longer," the USAF fact sheet says.

The Boeing X-37B is a small unmanned winged spacecraft resembling a miniature space shuttle, intended for secret military missions for the USAF and US Defense Advanced Research Programs Agency (DARPA).

We definitely know it’s out there doing stuff as last month a Dutch satellite spotter named Ralf Vandebergh managed to spot and photograph the X-37B in orbit 300 kilometres above the Earth.

Vandebergh wasn’t using an iPhone or even a quality digital camera to obtain his images. He was actually using a 10-inch F/4,8 aperture Newtonian telescope with an Astrolumina ALccd 5L-11 mono CMOS camera. Tracking was fully manual through a 6×30 finderscope, he explained.

While, there are a number of images of X-37B on the ground on the internet, capturing it in space was quite an achievement.

OTV started out as a NASA project in 1999, with Boeing selected to perform development of what was called X-37A at its Phantom Works.

This subsequently transferred to the US Department of Defense, with the USAF subsequently developing its own version called X-37B.

The first mission started in April 2010.

The first four launches were aboard Atlas V rockets from Cape Canaveral while the fifth was on a Falcon 9.

The next launch is scheduled for December, which suggests OTV-5 will end its record-breaking mission some time soon.

There’s been plenty of speculation aboard what X-37B does out there, including keeping an eye on China’s Tiangong-1 space station module and testing new types of drive and sensor systems.