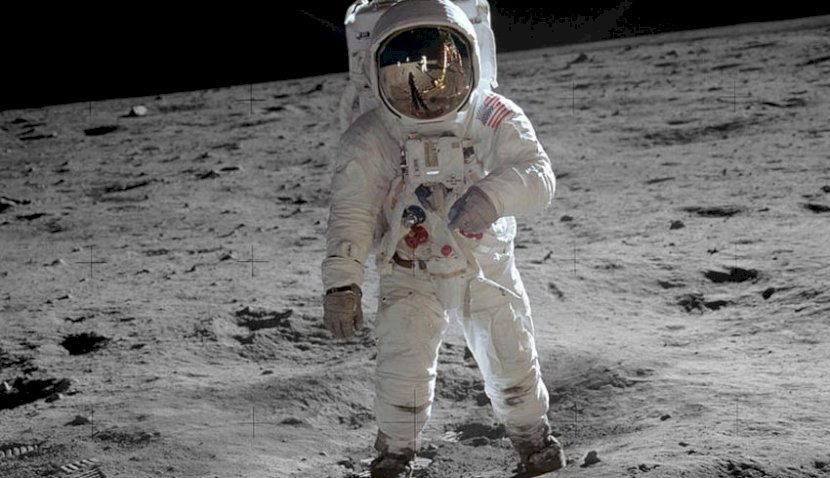 In the history of human spaceflight, no words are more momentous than those uttered by Neil Armstrong as he set foot on the moon: “This is one small step for man….” 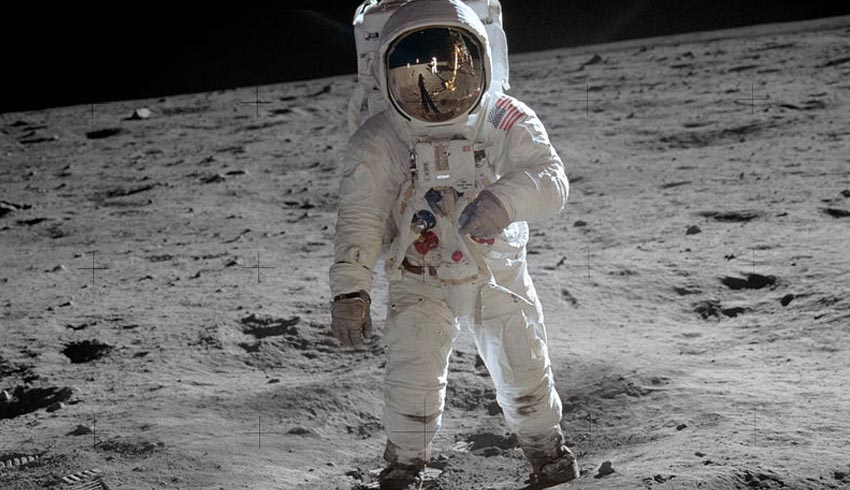 Next famous would be those spoken by astronaut Jack Swigert less than a year later: "OK, Houston, we've had a problem here."

That could well have been the epitaph of Apollo 13, the mission that came perilously close to disaster but which was saved by the calm professionalism and skill of the crew and of the engineers back on Earth.

Many have described this as NASA’s finest hour, where catastrophe was averted by clever and dedicated people, calmly innovating and adapting to solve a succession of problems.

Of the Apollo missions, Apollo 13 is perhaps best remembered after Apollo 11. Maybe that’s because of the sheer life or death drama of the occasion, which electrified TV viewers around the world.

Maybe it’s also because of the 1995 movie Apollo 13, a reasonably accurate account of the mission but one which took some liberties, including use of the more snappy: “Houston, we have a problem.”

Apollo 13 blasted off from Cape Canaveral on 11 April 1970. This was to be NASA’s third crewed landing on the moon, with the mission plan similar to the two earlier missions – three days there, land, walk around a bit, do some science, return.

In command was Jim Lovell, a former US Navy pilot who flew on two Gemini missions and around the moon on Apollo 8.

Command module pilot Swigert, was a former US Air Force pilot and civil test pilot for Pratt and Whitney, and also an engineer.

He was never meant to fly on Apollo 13 but was substituted for Ken Mattingly three days before launch. Mattingly had been exposed to German measles, had no immunity and NASA didn’t want to run the risk of him coming down with the bug during the flight.

Third member was Fred Haise, also a US military pilot who was to pilot the lunar module to the moon surface and back. He too was an engineer.

Fifty-six hours and more than 300,000 kilometres into the trip stuff went badly wrong.

That problem was an explosion in oxygen tank number two. NASA subsequently ascertained just what went wrong and how. The immediate cause was a short circuit across a pair of wires inside the tank.

On Earth, a blast of this magnitude could have levelled the average home.

In space, it obliterated tank number two and damaged oxygen tank number one, which soon vented its contents. That left precious little oxygen for life support or for the fuel cells, which required a supply of hydrogen and oxygen to produce electricity.

The blast had also damaged the main antenna and communications had switched automatically to a smaller backup antenna. On Earth, the resulted in a weak fluctuating signal received by ground stations in the US, Spain and at Honeysuckle Creek in Australia.

The audio of those initial moments indicates the professionalism of those in space and on Earth.

Just what had occurred wasn’t initially clear to anyone.

There was a bang. But with no vision of damage to the service module all the astronauts had to go on were variations in instrument readings.

This from Lovell shortly after Swigert’s message: "Houston, we've had a problem. We've had a Main B Bus undervolt.”

Because of the telemetry from Apollo 13, Houston was seeing the same abnormal instrument readouts as the astronauts, and it wasn’t good – tank two at zero and tank one diminishing and power output falling.

Any remaining doubts vanished when Lovell looked out the window and spotted a stream of gas from the control module. That was their oxygen venting into space.

Houston promptly concluded that getting to the moon was utterly out of the question and the priority was getting the astronauts back alive.

At that stage, the spacecraft racing towards the moon comprised four components.

Starting at the front, that was the lunar module descent stage and ascent stage named Aquarius, which combined were to take Lovell and Haise to the moon.

The ascent stage would lift them from the moon surface to reunite with the command module and service module in lunar orbit.

Forty-five minutes after the explosion, the command module had around 15 minutes of battery power and that would be needed for re-entry.

The astronauts concluded their best hope lay in getting into the Lunar Module, which had power and oxygen, though it was only designed for two people for 45 hours and would have to support three for twice as long.

Then it was a matter of powering down the command module, something never intended to be done in space.

The Lunar Module proved a lifesaver. Had the accident occurred on the return leg, after the lander had been left on the moon, all three astronauts would certainly have died.

On Earth, Houston debated how best to get Apollo 13 home. Fastest would be to turn around on the spot but there was no guarantee the main engine in the control module hadn’t been damaged. Even if it wasn’t there was no power to operate engine and flight controls.

After vigorous debate, Houston concluded the only real option was to loop around the moon and back to Earth, longer but with less risk, provided the astronauts could be kept alive.

To acquire the correct trajectory, Houston proposed firing the lander engine in a 30-second burn. Five hours after the blast, that burn was successfully conducted, setting the trajectory round the moon.

This course, 250 kilometres above the moon, took humans the furthest they have ever been from Earth, just over 400,000 kilometres.

As the drama unfolded, operators in the Honeysuckle Creek tracking station outside Canberra – who had played a crucial role in the Apollo 11 mission – had a grandstand view but didn’t initially appreciate just how serious it was. They soon did.

Parkes was the CSIRO’s big 65-metre radio telescope used during Apollo 11 but not required for Apollo 13 because NASA believed communications would be adequate.

Now they weren’t. Communications with Apollo 13 were marginal as Houston needed everything it could get. Parkes was brought on line in 10 hours, a process that usually took a week.

As Apollo 13 rounded the moon, a further burn was needed to achieve the best trajectory for the fastest trip home.

While the Lunar Module had just sufficient oxygen although not much water, the build up of CO2 (carbon dioxide) soon became a problem.

In one of the great innovations of space travel, engineers on Earth figured out how to adapt CO2 absorbing cannisters from the Command Module to the Lunar Module. The astronauts were able to implement the fix using duct tape and the plastic covers of procedures manuals.

Still, the return flight was uncomfortable, with temperatures just above freezing and water rationed to 200 millilitres per astronaut per day.

To achieve the correct angle for successful re-entry, two further burns were needed.

An hour after the second burn, the support module was released and the astronauts were able to see and photograph the damage, which included a missing panel, blown out by the blast with severed tubes and wiring and further damage to the main engine nozzle.

The final challenge was to separate the command module from the Lunar Module at the last moment before re-entry. That too was successfully achieved.

Almost 143 hours after blast-off, the command module splashed down in the south Pacific on 17 April 1970, the three astronauts fatigued and dehydrated but joyfully alive. Their safe return excited the world, with some 40 million Americans watching the event live.

US president Richard Nixon awarded the three astronauts and the Houston operations team the Presidential Medal of Freedom, the highest US civilian honour.

“Please convey my personal thanks to all of your people who worked so hard to maintain our communications with the weakened Apollo XIII spacecraft as it returned to Earth. Their involvement in the Apollo XIII recovery was but another instance of the close cooperation and warm friendship that exists between our countries,” he wrote.

Almost immediately after splashdown, NASA appointed a review board to figure out what went wrong and why. Since everything but the command module had burned up on entering the Earth’s atmosphere, and all they had to go on was the telemetry and the astronaut accounts plus some photographs.

But they isolated the problem to the number two oxygen tank.

These are large ball-shaped steel vessels, each containing 150 kilograms of liquid oxygen at low temperature and high pressure.

These tanks were manufactured by the Beech Aircraft Company and contained two thermostatic switches rated for 28 volts, but not for the 65 volts used in ground testing at the Kennedy Space Centre. Although Beech had issued revised specifications, the switches weren’t upgraded.

In pre-launch testing, the tank was filled but did not want to empty through the normal drain line. After some discussions involving NASA and contractors, it was decided to use internal heaters to boil off the oxygen.

The tank was refilled for the mission and with power applied, it was a bomb waiting to go off.

For Apollo 14 and subsequent missions, the tank was fully redesigned.