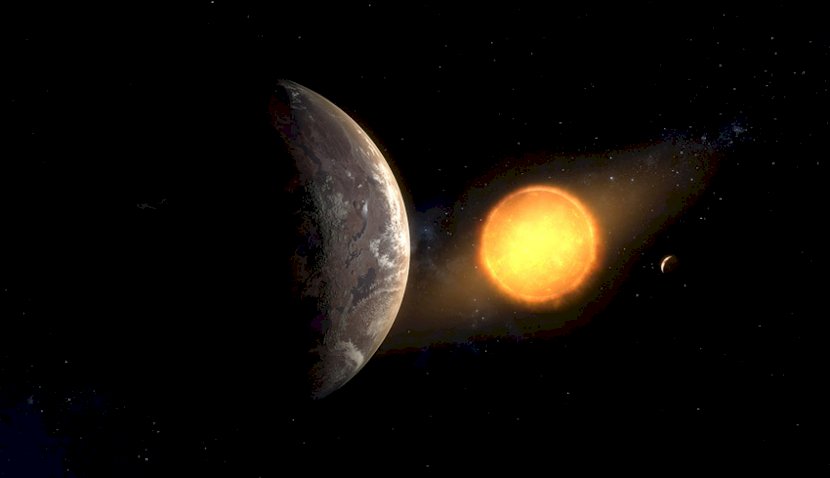 A team of trans-Atlantic scientists, using reanalysed data from NASA’s Kepler space telescope, has discovered an Earth-size exoplanet orbiting in its star’s habitable zone, the area around a star where a rocky planet could support liquid water. 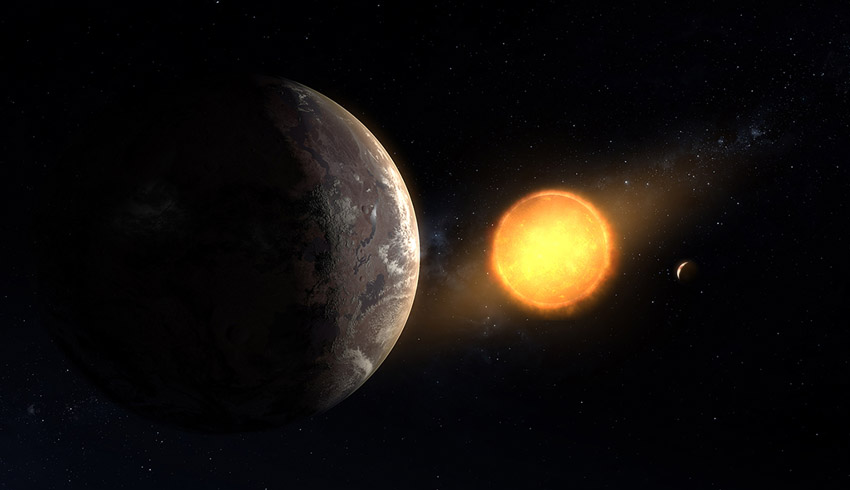 Scientists discovered this planet, called Kepler-1649c, when looking through old observations from Kepler, which the agency retired in 2018.

While previous searches with a computer algorithm misidentified it, researchers reviewing Kepler data took a second look at the signature and recognised it as a planet. Out of all the exoplanets found by Kepler, this distant world – located 300 light years from Earth – is most similar to Earth in size and estimated temperature.

This newly revealed world is only 1.06 times larger than our own planet.

But unlike Earth, it orbits a red dwarf. Though none have been observed in this system, this type of star is known for stellar flare-ups that may make a planet's environment challenging for any potential life.

Thomas Zurbuchen, associate administrator of NASA's Science Mission Directorate in Washington said, “This intriguing, distant world gives us even greater hope that a second Earth lies among the stars, waiting to be found.

“The data gathered by missions like Kepler and our Transiting Exoplanet Survey Satellite [TESS] will continue to yield amazing discoveries as the science community refines its abilities to look for promising planets year after year.”

There is still much that is unknown about Kepler-1649c, including its atmosphere, which could affect the planet's temperature.

Current calculations of the planet's size have significant margins of error, as do all values in astronomy when studying objects so far away.

But based on what is known, Kepler-1649c is especially intriguing for scientists looking for worlds with potentially habitable conditions.

There are other exoplanets estimated to be closer to Earth in size, such as TRAPPIST-1f and, by some calculations, Teegarden c.

Andrew Vanderburg, a researcher at the University of Texas at Austin and first author on the paper released in The Astrophysical Journal Letters explained, “Out of all the mislabelled planets we've recovered, this one's particularly exciting – not just because it's in the habitable zone and Earth-size, but because of how it might interact with this neighbouring planet.”

Red dwarf stars are among the most common in the galaxy, meaning planets like this one could be more common than we previously thought.

Kepler-1649c not only is one of the best matches to Earth in terms of size and energy received from its star, but it provides an entirely new look at its home system.

For every nine times the outer planet in the system orbits the host star, the inner planet orbits almost exactly four times.

The fact that their orbits match up in such a stable ratio indicates the system itself is extremely stable and likely to survive for a long time.

Nearly perfect period ratios are often caused by a phenomenon called orbital resonance, but a nine-to-four ratio is relatively unique among planetary systems. Usually resonances take the form of ratios such as two-to-one or three-to-two.

Though unconfirmed, the rarity of this ratio could hint to the presence of a middle planet with which both the inner and outer planets revolve in synchronicity, creating a pair of three-to-two resonances.

The team looked for evidence of such a mystery third planet, with no results. However, that could be because the planet is too small to see or at an orbital tilt that makes it impossible to find using Kepler's transit method.

Either way, this system provides yet another example of an Earth-size planet in the habitable zone of a red dwarf star.

These small and dim stars require planets to orbit extremely close to be within that zone – not too warm and not too cold – for life as we know it to potentially exist.

Though this single example is only one among many, there is increasing evidence that such planets are common around red dwarfs.

Vanderberg added, “The more data we get, the more signs we see pointing to the notion that potentially habitable and Earth-size exoplanets are common around these kinds of stars. With red dwarfs almost everywhere around our galaxy, and these small, potentially habitable and rocky planets around them, the chance one of them isn't too different than our Earth looks a bit brighter.”