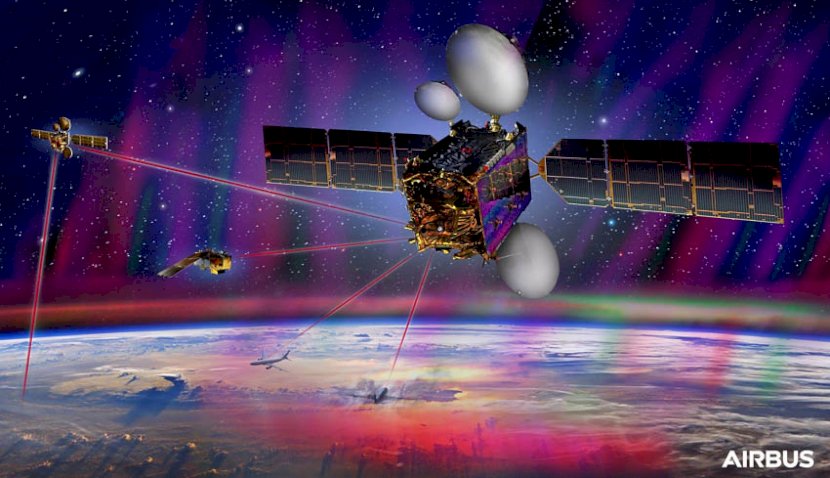 The EDRS-C satellite, the second node of Airbus’ SpaceDataHighway constellation, successfully completed its commissioning tests on 15 July 2020 and is now ready to start operational services. 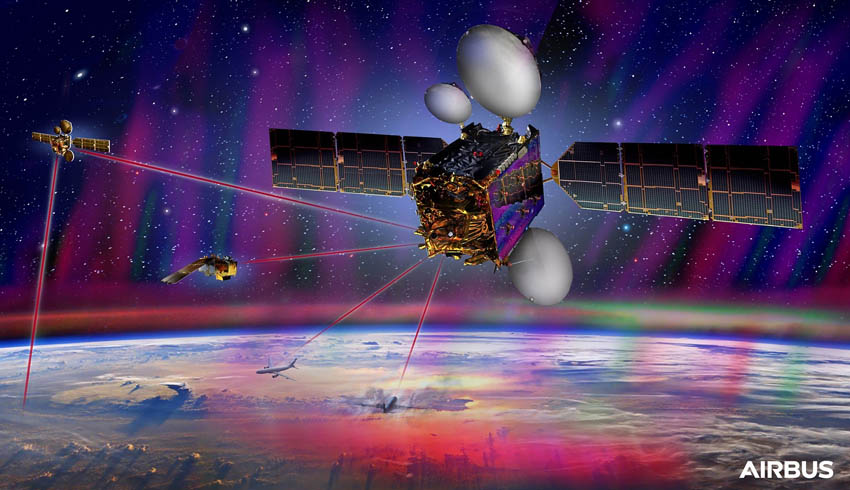 Following its successful launch in August 2019 and manoeuvring to its geostationary orbital slot at 31 degrees east, in-orbit testing has been executed and laser communication links have been established to the Copernicus program’s Sentinel Earth observation satellites.

EDRS-C doubles transmission capacity and the constellation is now able to relay the data from two observation satellites simultaneously. It further strengthens Airbus’ commitment to serve the existing Copernicus program as well as future Sentinel missions.

The additional capacity will also enable Airbus to accommodate further customer needs. By 2030, about 15 satellites should use the very high bandwidth data connectivity of the SpaceDataHighway.

From 2021 onwards, Pléiades Neo – Airbus’ most advanced optical Earth observation constellation with four identical, 30-centimetre resolution satellites – will be the next satellites to benefit from the SpaceDataHighway’s infrastructure.

EDRS-C has joined the EDRS-A satellite, which daily transmits images of Earth acquired by the Copernicus program’s four Sentinel observation satellites. Since 2017, EDRS-A has achieved more than 35,000 laser connections. These successful connections have downloaded nearly two petabytes of data with an availability of 99.5 per cent.

The SpaceDataHighway is the world’s first laser communication geostationary constellation. It represents a game changer in the speed of space communications, using cutting-edge laser technology to deliver secure data transfer services at a rate of 1.8 Gbit/s in near real-time.

From its position in geostationary orbit, the SpaceDataHighway system relays the collected data in near real-time to Earth, a process that would normally take several hours.

The SpaceDataHighway therefore enables the quantity of image and video data transmitted by observation satellites to be greatly increased and their mission plan can be re-programmed at any time and in just a few minutes.

This readiness to start service is a new milestone in the roadmap of Airbus’ overall strategy to drive laser communications forward and invest in the next generation of infrastructure, which will be able to bring the benefits to airborne, ground and maritime connectivity. As such, it will be a key component of the Airbus Network for the Sky (NFTS) program.

The European Data Relay System (EDRS) at the base of the SpaceDataHighway is a public–private partnership between the European Space Agency (ESA) and Airbus, with the laser terminals developed by Tesat-Spacecom and the German Space Administration.