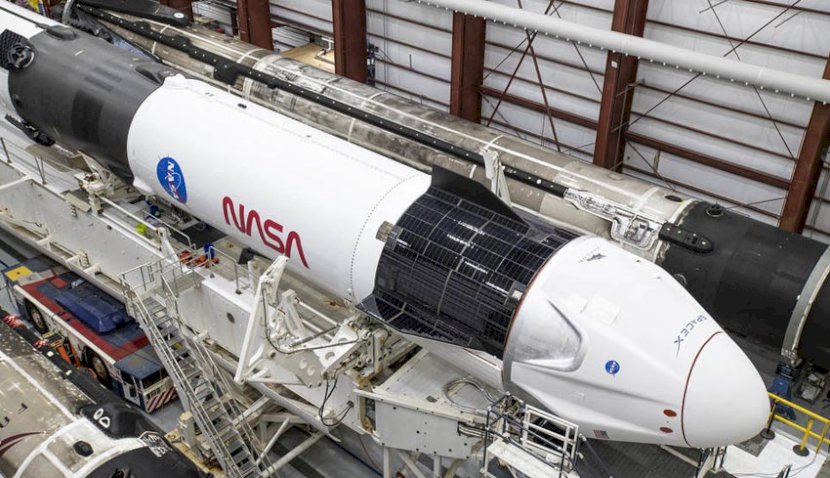 NASA has formally certified SpaceX’s Crew Dragon human spaceflight system and Falcon 9 for crewed missions to and from the International Space Station. 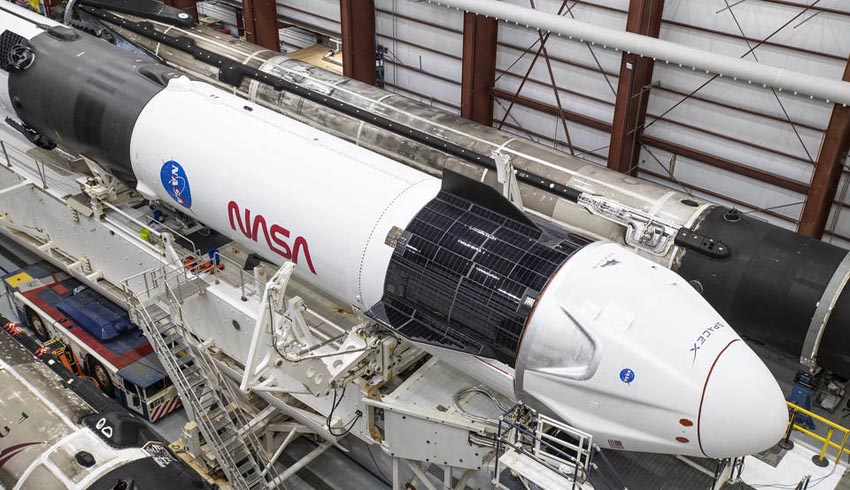 NASA completed the signing of the Human Rating Certification Plan for SpaceX’s crew transportation system after a thorough Flight Readiness Review ahead the agency’s SpaceX Crew-1 mission with astronauts to the space station.

The certification marks the first commercial system in history to achieve such designation; not since the certification of the space shuttle nearly 40 years ago has NASA certified a spacecraft, rocket, and ground support systems for regular flights with astronauts.

NASA administrator Jim Bridenstine said, “I’m extremely proud to say we are returning regular human spaceflight launches to American soil on an American rocket and spacecraft. This certification milestone is an incredible achievement from NASA and SpaceX that highlights the progress we can make working together with commercial industry.”

Years of design, development and testing have culminated in NASA officially certifying the first commercial spacecraft system in history capable of transporting humans to and from the International Space Station as part of the agency’s Commercial Crew Program.

The Crew Dragon, including the Falcon 9 rocket and associated ground systems, is the first new, crew spacecraft to be NASA-certified for regular flights with astronauts since the space shuttle nearly 40 years ago.

Kathy Lueders, associate administrator for NASA’s Human Exploration and Operation Mission Directorate, added, “Today’s signing is about the people across NASA, SpaceX and other groups that came together to complete an unbelievable amount of hard work to accomplish this task.

“Certification moves us from the design and test phase into the crew rotation phase of our work, but we will not stop making sure every flight, including NASA’s Space Crew-1 mission, will be approached with the same rigor we have put into making this the best system it can be for our astronauts.”

The launch of the Demo-2 mission on 30 May 2020, marked the first time astronauts flew aboard the American rocket and spacecraft from the US to the space station, and extensive analysis of the test flight data followed the safe return of Behnken and Hurley on 2 August.

Prior to Demo-2, NASA and SpaceX completed several demonstration flights to prove the system was ready to fly astronauts. In 2015, teams completed a Crew Dragon pad abort test during which the spacecraft demonstrated the ability to escape the launch pad in the event of an emergency prior to lift-off.

SpaceX chief engineer Elon Musk added, “Thank you to NASA for their continued support of SpaceX and partnership in achieving this goal. I could not be more proud of everyone at SpaceX and all of our suppliers who worked incredibly hard to develop, test, and fly the first commercial human spaceflight system in history to be certified by NASA. This is a great honour that inspires confidence in our endeavor to return to the moon, travel to Mars, and ultimately help humanity become multi-planetary.”

Dozens of tests of the spacecraft’s parachute system were successfully completed, which began in 2016 and wrapped up this year. Several key events have occurred since 2018, including the completion of electromagnetic interference chamber testing on Crew Dragon at the SpaceX factory in Hawthorne, California, and acoustic chamber testing on the spacecraft at the NASA’s Plum Brook Station test facility at Glenn Research Center in Ohio.

Hundreds of tests have been performed on the spacecraft’s eight SuperDraco abort engines, which would provide astronauts an escape from the rocket in the unlikely event of an emergency at lift-off.

NASA and SpaceX also co-ordinated with the US Air Force and the Department of Defense (DoD) to conduct crew rescue training. The DoD Human Space Flight Support Office Rescue Division is prepared to deploy at a moment’s notice to quickly and safely rescue astronauts in the unlikely event of an emergency during ascent or splashdown.

NASA’s SpaceX Crew-1 mission will be the first flight to use the certified SpaceX Crew Dragon spacecraft and will fly NASA astronauts Michael Hopkins, Victor Glover and Shannon Walker, along with Japan Aerospace Exploration Agency (JAXA) astronaut Soichi Noguchi, on a six-month mission to and from the space station.

Crew Dragon is targeting launch on a Falcon 9 on Saturday, 14 November from Launch Complex 39A at NASA’s Kennedy Space Center.

NASA’s Commercial Crew Program is working with the American aerospace industry as companies develop and operate a new generation of spacecraft and launch systems capable of carrying crews to low-Earth orbit.

With NASA certification of the SpaceX crew transportation system complete, the agency can proceed with regularly flying astronauts to the space station, ending sole reliance on Russia for access. Commercial transportation to and from the orbiting laboratory will provide additional research time and broader opportunities for discovery.

For more than 20 years, humans have continuously lived and worked aboard the International Space Station, advancing scientific knowledge and demonstrating new technologies that enable us to prepare for human exploration to the moon and Mars.