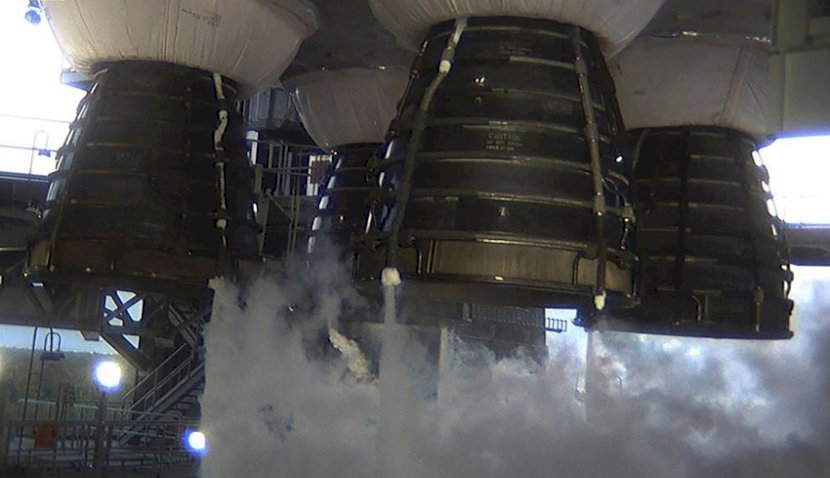 NASA has stepped up its testing regiment of the SLS rocket engines following an extensive test readiness review, with the final test for the core stage of the Space Launch System rocket that will launch the agency’s Artemis I mission, scheduled for 16 January. 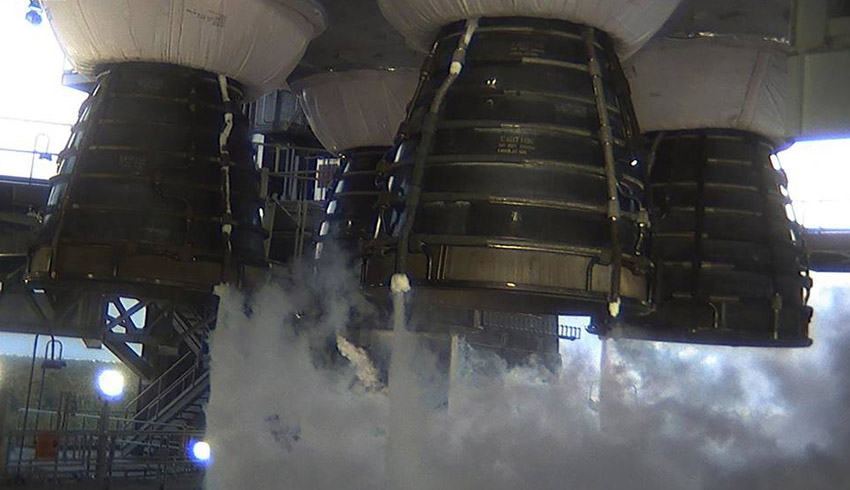 The four Aerojet Rocketdyne RS-25 engines are being targeted to hot fire in unison for the first time on 17 January as part of NASA’s Space Launch System (SLS) Green Run test series. These engines will power the SLS rocket as the US prepares to return humans to the moon to stay and then on to Mars.

The upcoming 493-second hot fire test will mirror the engines’ thrust profile in flight and is the main event of the SLS Core Stage Green Run test series that has been underway since January 2020.

Eileen Drake, Aerojet Rocketdyne CEO and president, explained, “The Core Stage Green Run includes several first-time events for the world’s largest rocket stage, including the first firing of all four RS-25 engines together. Our RS-25 team has been working hand-in-hand with NASA and core stage manufacturer Boeing to ensure SLS is ready for liftoff.”

All four RS-25 engines that are part of the Core Stage Green Run originally flew on the Space Shuttle and are being reused for SLS.

During the test, engineers will power up all the core stage systems, load more than 700,000 gallons of cryogenic, or supercold, propellant into the tanks and fire all four engines at the same time.

The Green Run test series is a comprehensive assessment of the rocket’s core stage prior to SLS launching Artemis missions to the moon. The core stage includes the liquid hydrogen tank and liquid oxygen tank, four RS-25 engines, and the computers, electronics, and avionics that serve as the “brains” of the rocket.

NASA has completed seven of the eight core stage Green Run tests, including loading and draining propellant for the first time during the most recent test, the wet dress rehearsal, on 20 December. During the upcoming hot fire test, all four engines will fire to simulate the stage’s operation during launch.

These specific engines have already been a part of history: flying the Space Shuttle to dock with the Russian Mir Space Station, returning US senator and former Mercury astronaut John Glenn to space; constructing the International Space Station; and carrying astronauts to service the Hubble Space Telescope. Now these engines are ready to make history again by helping humans return to the moon.

Once the hot fire is complete, the SLS core stage will be inspected, refurbished and prepared for flight at NASA’s Stennis Space Centre prior to delivery to NASA’s Kennedy Space Centre (KSC).

Once at KSC, the core stage will be integrated with the solid rocket boosters and the Orion spacecraft in preparation for the Artemis I launch, which is scheduled for 2021.

The first four SLS missions will use RS-25 engines originally built for the Space Shuttle and upgraded with modern avionics.

Subsequent SLS missions will use newly built RS-25 engines with additively manufactured components and other features designed to reduce costs.