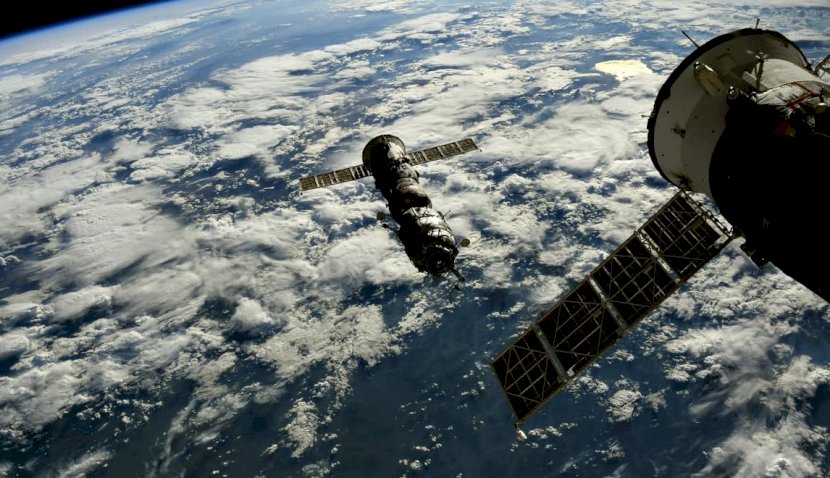 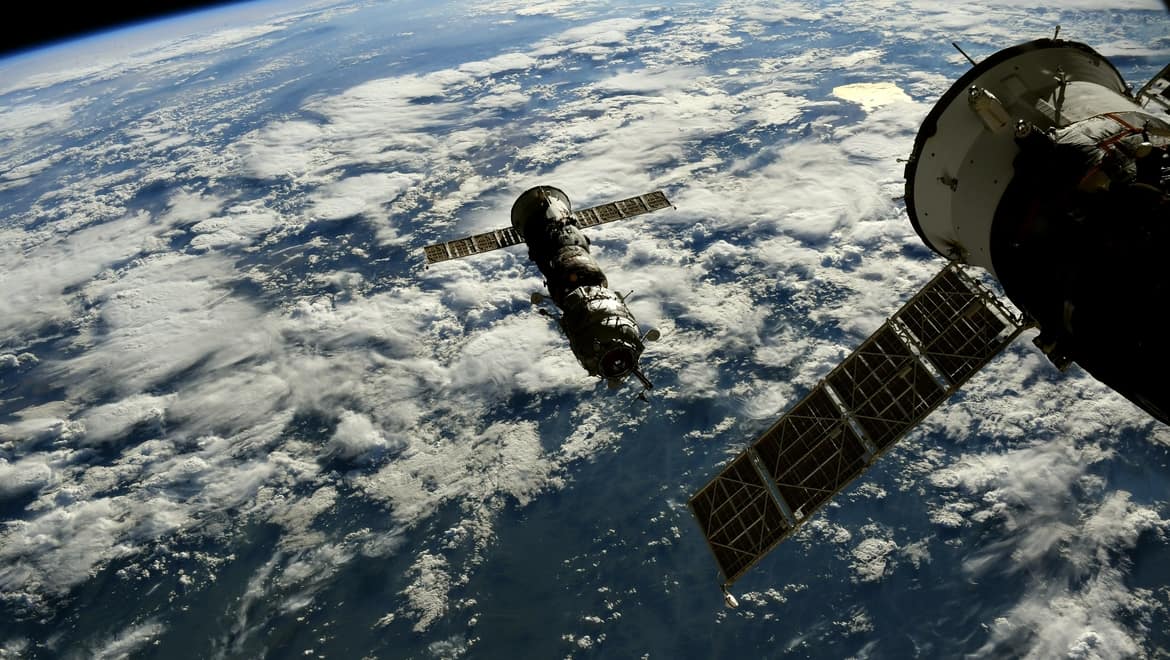 The module departed from the station at 6:55am EDT and headed 420 kilometres over northern China, destructively re-entering the Earth’s atmosphere.

“Quite a strange feeling to see a part of your ship fly away in mid-air (so to speak – no atmosphere here duh).”

Pesquet and Pyotr Dubrov, a Roscosmos spacewalker, assisted in the manoeuvre and also captured some photos and videos amid the action.

“A couple of hours later and we had front-row seat to the fireball that was going to be DC1’s last act. We clearly saw smaller pieces float away from the main fireworks, as the ship was being destructed by the heat of atmospheric friction.”

The undocking of the module was a landmark in history, as it was the first major element of the ISS to depart.

The Pirs departed from the ISS to make way for a new segment, the Nauka science lab, which launched last Wednesday from Baikonur aboard a Proton rocket.

The multipurpose laboratory module is the first pressurised module to be added to the ISS.

Once operational, the module will serve as a docking clearing for Progress resupply ships, Soyuz crew capsules, and the Prichal node module, according to Spaceflight Now.

Following multiple issues, the undocking of Pirs was delayed until Russian operators gave the green light for the new spacecraft to deploy.

The launch of the science lab was meant to occur in 2007, but was repeatedly delayed.

Not until mid-2020 was it cleared to launch again after rebooting some systems that would have expired.