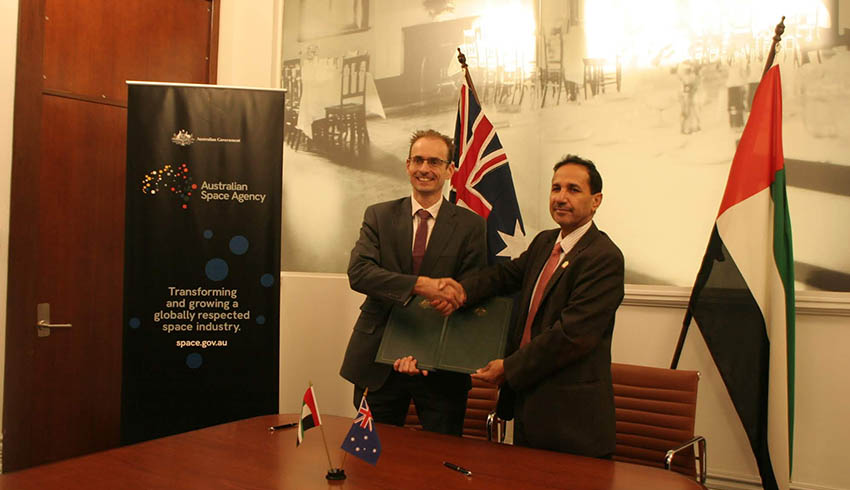 "The agreement will facilitate co-operation across shared areas of interest, including exchange of best practice, and support academic and research capability," Murfett said.

The signing of the agency’s fourth MoU took place on the grounds of the Australian Space Agency’s new home, Lot Fourteen in Adelaide, which will host local space industry businesses and support the growing defence industry sector.

Director general of the UAE Space Agency, His Excellency Dr Mohammed Nasser Al Ahbabi, also welcomed the agreement, saying, "This agreement builds on the longstanding bilateral relationship between the UAE and Australia, and we are delighted to be working with the Australian Space Agency with whom we share much in common as relatively young entrants into the international space community. We are firm believers in the importance of international co-operation and collaboration in space."

The Australian government is investing $41 million over four years to establish and operate Australia’s first-ever national space agency and more than $260 million to develop world-leading core satellite infrastructure and technologies, more information on the Australian Space Agency is available at space.gov.au.