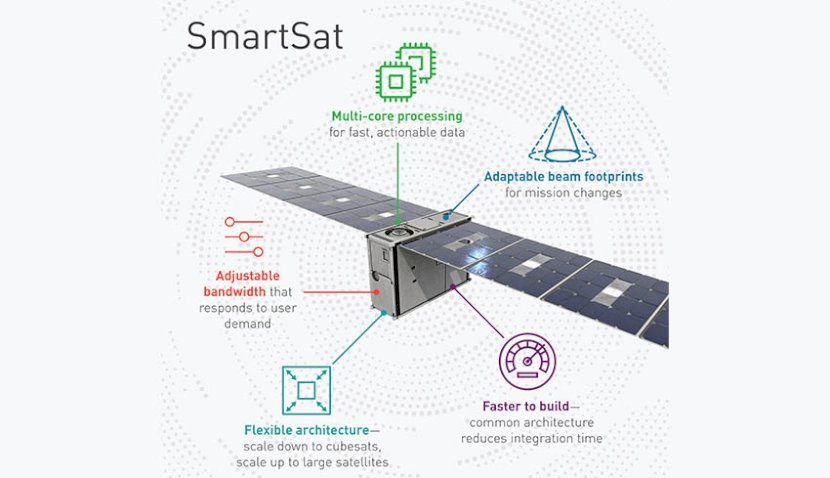 Lockheed Martin has announced a new generation of smart satellites to be launched later this year that will allow satellites to change their missions in orbit. 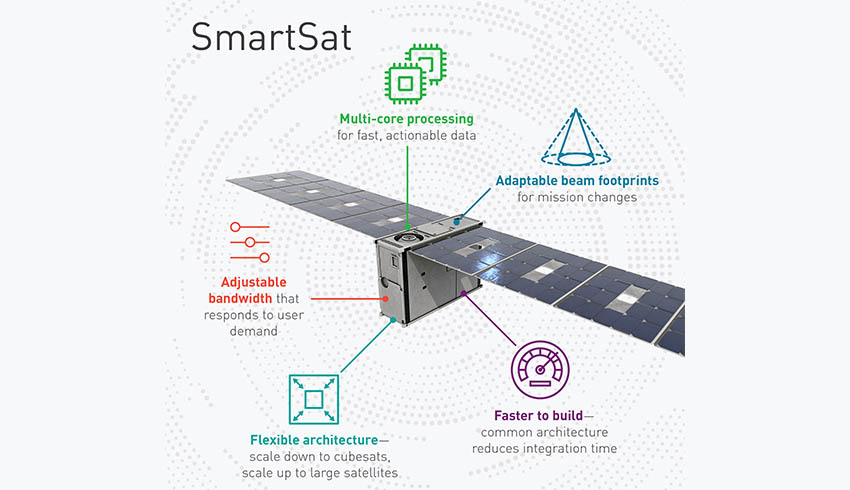 Satellites that launched one, 10 or even 15 years ago largely have the same capability they had when they lifted off. That's changing with new architecture that will let users add capability and assign new missions with a software push, just like adding an app on a smartphone.

Lockheed Martin's new technology, called SmartSat, is a software-defined satellite architecture that will boost capability for payloads on several pioneering nanosats ready for launch this year.

Rick Ambrose, executive vice president of Lockheed Martin Space, said, "Imagine a new type of satellite that acts more like a smartphone. Add a SmartSat app to your satellite in-orbit, and you've changed the mission."

Lockheed Martin is integrating SmartSat technology on ten programs and counting, including the Linus and Pony Express nanosats, which will be the first to launch. These are rapid-prototype, testbed satellites using internal research and development funding, ready for 2019 launches on the first LM 50 nanosatellite buses:

"SmartSat is a major step forward in our journey to completely transform the way we design, build and deliver satellites. The LM 50 bus is the perfect platform for testing this new, groundbreaking technology. We're self-funding these missions to demonstrate a number of new capabilities that can plug into any satellite in our fleet, from the LM 50 nanosat to our flagship LM 2100," Ambrose explained.

"And the same technology not only plugs into ground stations, improving space-ground integration, it will one day connect directly with planes, ships and ground vehicles, connecting front-line users to the power of space like never before."

Cyber security is at the core of this new technology. SmartSat-enabled satellites can reset themselves faster, diagnose issues with greater precision and back each other up when needed, significantly enhancing resiliency. Satellites can also better detect and defend against cyber threats autonomously, and on-board cyber defences can be updated regularly to address new threats.

SmartSat uses a hypervisor to securely containerise virtual machines. It's a technology that lets a single computer operate multiple servers virtually to maximise memory, on-board processing and network bandwidth. It takes advantage of multi-core processing, something new to space.

That lets satellites process more data in orbit so they can beam down just the most critical and relevant information – saving bandwidth costs and reducing the burden on ground station analysts, and ultimately opening the door for tomorrow's data centres in space.

Lockheed Martin is a global security and aerospace company that employs about 105,000 people worldwide and is principally engaged in the research, design, development, manufacture, integration and sustainment of advanced technology systems, products and services.