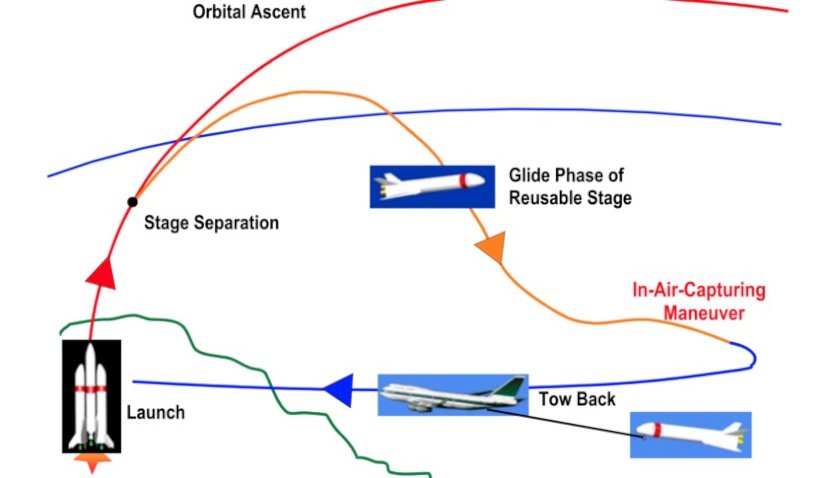 Germany’s space agency DLR has begun work on a reusable launcher concept that would see rockets captured midair, before being landed by a plane. 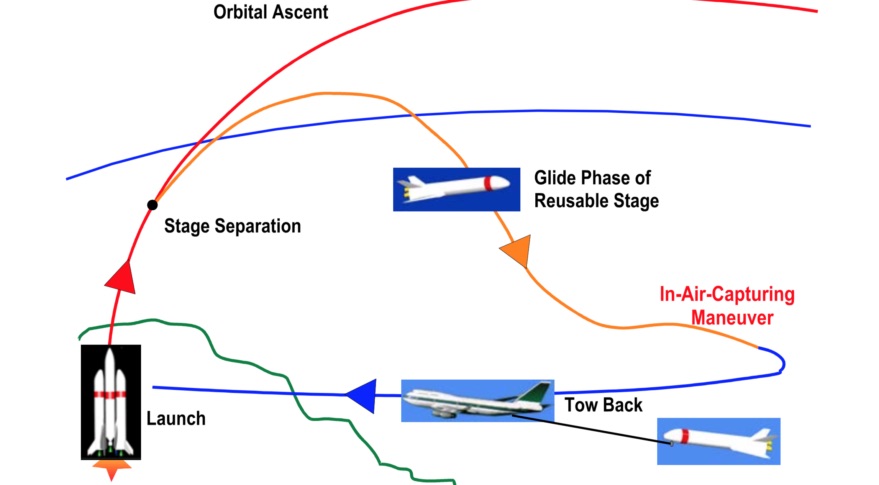 The three-year study, called FALCon (Formation flight for in-Air Launcher 1st stage Capturing demonstration), would see the development of a winged first-stage booster, or a "rocket catcher", employing an international team that will build on previous simulations and flight experiments.

The project leader said that the idea for the project came from evaluations on "how to save mass on the rocket", and looking at how to save fuel compared with other reusable rockets, which require extra fuel to slow the vehicle when it returns to Earth.

"If we tow it back, we save on the mass of the complete propulsion system for fly back, that provides a performance advantage," Dr Sippel said.

Such a system wouldn't be operational for over a decade, however, according to a road map for the FALCon program.

"Assuming we are successful in getting funding, then we could develop to, say, at least a [technology readiness level] of 6 by 2028, so it could be ready for a next-generation reusable first-stage [that could be] operational in 2035," Dr Sippel said.

Full costs for the project have also not been finalised, Dr Sippel added.