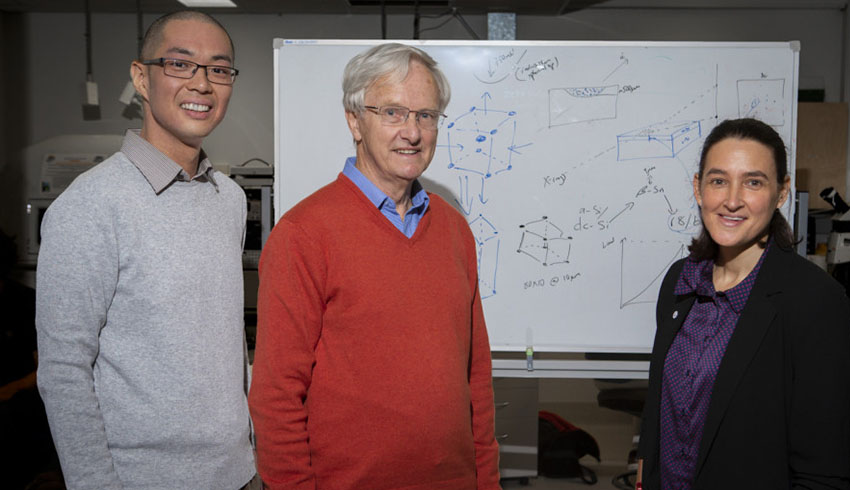 An international research team led by the Australian National University (ANU) has made a new type of silicon that better uses sunlight and promises to cut the cost of solar technology.

The researchers said their world-first invention could help reduce the costs of renewable electricity below that of existing coal power stations, as well as lead to more efficient solar cells.

Senior researcher at ANU Professor Jodie Bradby said silicon was used as the raw material for solar cells because of its abundance, low-cost and non-toxicity.

"But the standard form of silicon does not use all available sunlight. Just by poking silicon with a tiny hard tip, we've created a more complex silicon capable of absorbing more sunlight than the standard type commonly used in solar cells," Professor Bradby explained.

"We have proved that we can easily make this new kind of silicon – previously thought unobtainable under normal room temperature and pressure – which could be used for making more efficient solar cells and lead to cheaper energy."

Dr Sherman Wong, who worked on the study for his PhD at ANU, is the first author of the paper published in the journal Physical Review Letters.

He said the team was exploring a little-known property of silicon – its ability to exist in different crystal forms.

Dr Wong, now based at RMIT University, explained, "Silicon can also take many crystal forms that have different and useful properties. The new type of silicon we've created is called r8-Si. Instead of the atoms being square or cubic like in standard silicon, it's more complex – shaped a bit like a diamond on playing cards, only it's in 3D."

Professor Bradby said the team would use unique high-pressure facilities at ANU to develop ways of making enough material to produce a prototype solar cell.

"We also need to scale up and then work on integrating this material into existing solar industries. This will take another three to five years," Professor Bradby added.

The shape and complexity of the r8-Si was measured using X-ray diffraction at the Advanced Photon Source in the US. The study was conducted with a large group of colleagues at the University of Melbourne and several overseas organisations.