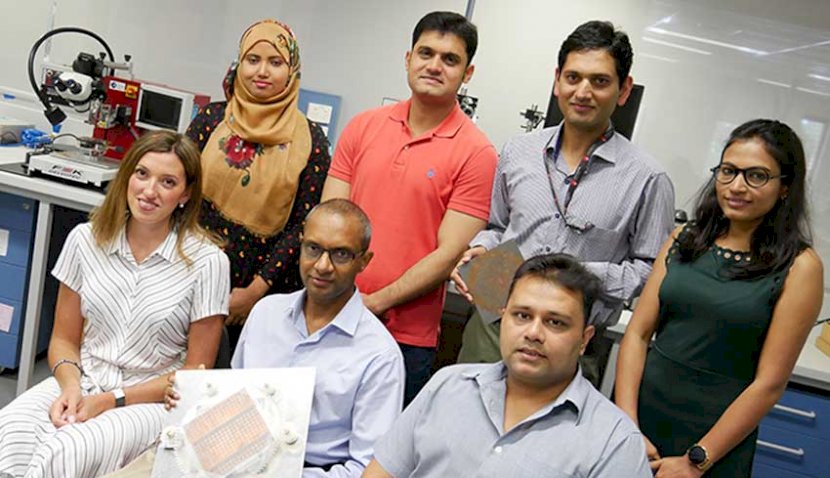 Macquarie University has developed a new kind of compact antenna for small satellites that uses little power and can be steered to facilitate 24-hour connectivity with Earth stations and each other. That was developed by a team of researchers from the Macquarie University Faculty of Science and Engineering, led by Professor Karu Esselle.

This antenna system was created for US company Audacy, which launched the world's first entirely Ka-band CubeSat, Audacy Zero, into space aboard a SpaceX Falcon 9 Rocket in December last year.

Audacy is a commercial spin-off from Stanford University in California and is developing the world’s first commercial inter-satellite data relay network.

Professor Esselle said data from CubeSats would travel through the relay system to Earth and to the internet and cloud.

“Without such a space relay network, a CubeSat can be seen from a fixed ground station only for a few minutes per day and that is often not enough to download all the data collected by the CubeSat,” he said on Macquarie University's The Lighthouse website.

“By being able to steer the beam of our antennae placed in a CubeSat, it means we can keep every CubeSat connected to the Audacy space relay network at every point of its journey, allowing for on-demand or continuous 24/7 data connection services.”

This technical collaboration between a US company and an Australian university was initiated by an engineer at Audacy Space who attended one of Professor Esselle’s lectures in Silicon Valley two years ago.

Professor Esselle was invited to join the Audacy Alliance, a network of select companies that will provide Audacy-compatible products and services.

The antenna design by Professor Esselle, Dr Affan Baba and a small team took close to a year. It’s believed to be the first Australian-designed antenna system deployed in space since the CSIRO antenna systems for the Australian FedSat, which launched in 2002.

“It was fantastic to receive confirmation that Audacy integrated our antenna system into their CubeSat. We didn’t know whether Audacy Zero would use our design or not,” Professor Esselle said.

“Australia has a strong international reputation in developing ground station satellites but not those in space, which is why this is such a milestone.”

Professor Esselle said the antenna design was ground breaking as it required low power and was relatively low cost.

He said they were looking to bring the cost down even further. Depending on size, this costs US$5-10,000, although other types doing a similar job cost anywhere from US$100,000 to US$1 million.

This antenna system holds great potential as it can also be used on ground terminals, providing high speed connectivity.

Professor Esselle said he hoped this application could transform Australian rural areas as well as less developed countries, which now have limited internet through provision of remote education and telemedicine services and business opportunities.