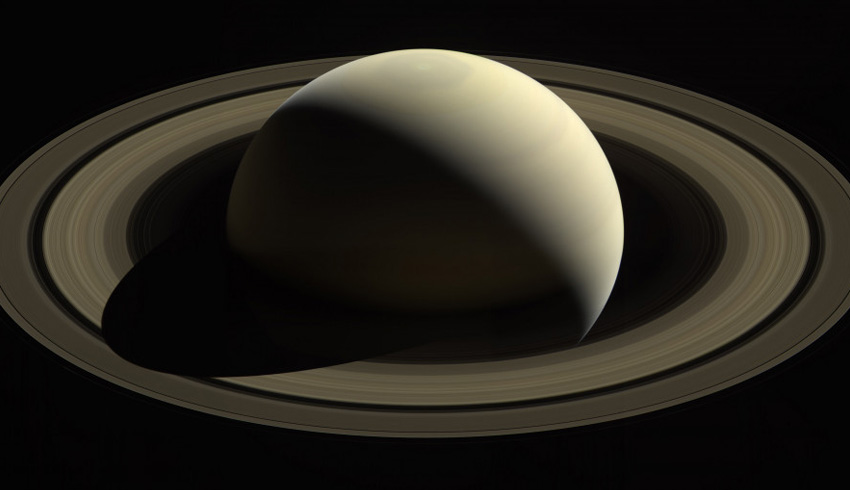 Researchers from ANU have partnered with international colleagues, including NASA’s Jet Propulsion Laboratory, to study the internal layers of Saturn’s gaseous atmosphere.

A new study argues that Saturn's interior flows like honey due to its magnetic field, which may help solve the mystery of why the planet's powerful winds stop 8,500 kilometres inside the giant gas planet.

Unlike Earth, Saturn has no solid surface; it is a gaseous planet, consisting mostly of hydrogen and helium that move around fluidly. Strong winds, known as jet streams, form the appearance of stripes on Saturn's exterior – similar but less stark than those on Jupiter.

"At the end of its mission, Cassini dived into Saturn and made detailed measurements of Saturn's gravitational field. The measurements revealed that these jet streams continue about 8,500 kilometres inside Saturn, which is roughly 15 per cent of the distance towards the planet's centre," Dr Constantinou said.

He said the study may help solve the mystery of why Saturn's jet streams stop at a certain depth.

"Deep into Saturn, where the pressure is high, the gas becomes a liquid that conducts electricity and is more strongly influenced by the planet's magnetic field," Dr Constantinou said.

"An electrically conducting, flowing liquid will bend or distort a magnetic field. We showed that the distortion of the magnetic field makes the fluid more viscous, like honey."

The team's theoretical model indicates this viscous effect from the magnetic field could be the reason why the jet streams terminate at depths beyond 8,500 kilometres.

Dr Constantinou from the ANU Research School of Earth Sciences and Dr Jeffrey Parker from Lawrence Livermore National Laboratory in the US conducted the study.