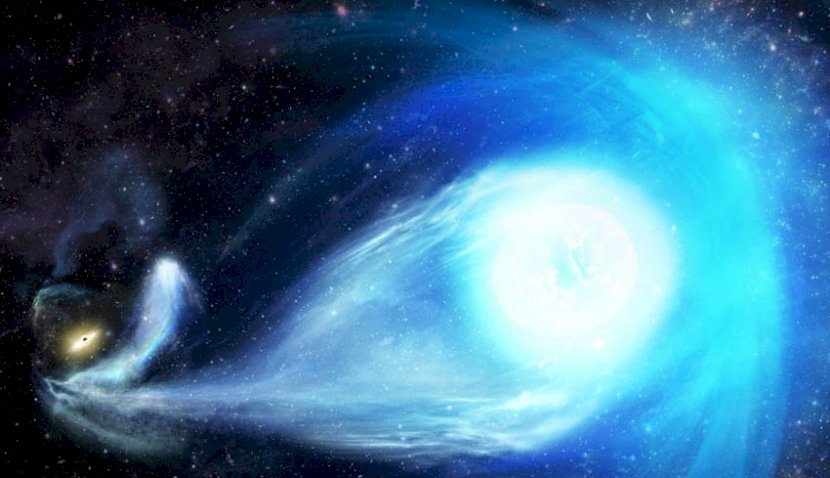 A team of international scientists, including a group from the Australian National University (ANU) and UNSW, have discovered a star travelling at more than 6 million km/h through the Milky Way after being flung from the centre of our galaxy by a supermassive black hole. 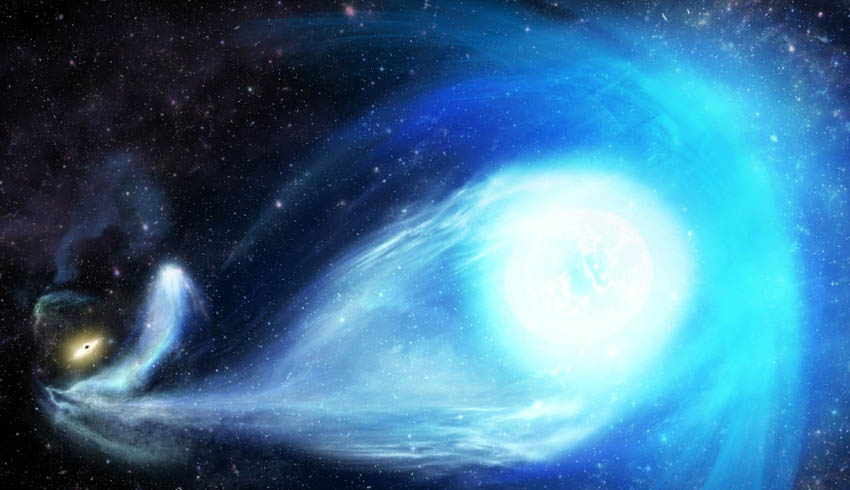 The eviction occurred about 5 million years ago, around the time when our ancestors were just learning to walk upright.

Emeritus Professor Gary Da Costa, an astronomer at the ANU Research School of Astronomy and Astrophysics, said the star is moving so fast that it will leave the Milky Way in about 100 million years, never to return.

Professor Da Costa said, "We traced this star's journey back to the centre of our galaxy, which is pretty exciting. This star is travelling at record-breaking speed – 10 times faster than most stars in the Milky Way, including our sun."

The giant black hole at the centre of the Milky Way, Sagittarius A*, has a mass equivalent to more than 4 million suns.

"In astronomical terms, the star will be leaving our galaxy fairly soon and it will likely travel through the emptiness of intergalactic space for eternity. It's great to be able to confirm a 30-year-old prediction that stars can be flung out of a galaxy by the supermassive black hole at its centre," Professor Da Costa added.

Professor Da Costa and his ANU colleagues Dr Dougal Mackey and Dr Thomas Nordlander were involved with the study, which was led by Dr Sergey Koposov from Carnegie Mellon University as part of the Southern Stellar Streams Spectroscopic Survey.

The survey involves astronomers from Australian universities including ANU, Macquarie University, the University of Sydney and UNSW, as well as researchers from the US, UK and Chile. Dr Ting Li from the Carnegie Observatories and Princeton University leads the survey.

Dr Mackey said the team spotted the fast-moving star serendipitously while searching for the shredded remains of small galaxies orbiting the Milky Way.

"The star is only 29,000 light years away, quite close by galactic standards, which means the team could measure its trajectory very precisely," Dr Mackey said.

The team made the discovery of the star using the 3.9-metre Anglo-Australian Telescope at the ANU Siding Spring Observatory. The facility's 2dF instrument is the best in the world for studying the sparsely distributed stars in the outskirts of the Milky Way, due to its ability to obtain simultaneous measurements for up to 400 targets at a time.

Dr Nordlander said supermassive black holes can slingshot stars by interacting with a binary stellar system, whereby two stars orbit around each other.

"If such a binary system approaches a black hole too closely, the black hole can capture one of the stars into a close orbit and kick out the other at very high speed."

Follow-up observations made with the ANU 2.3 metre telescope played an important role in confirming the star's extreme speed.

The results of the study are published in the Monthly Notices of the Royal Astronomical Society.