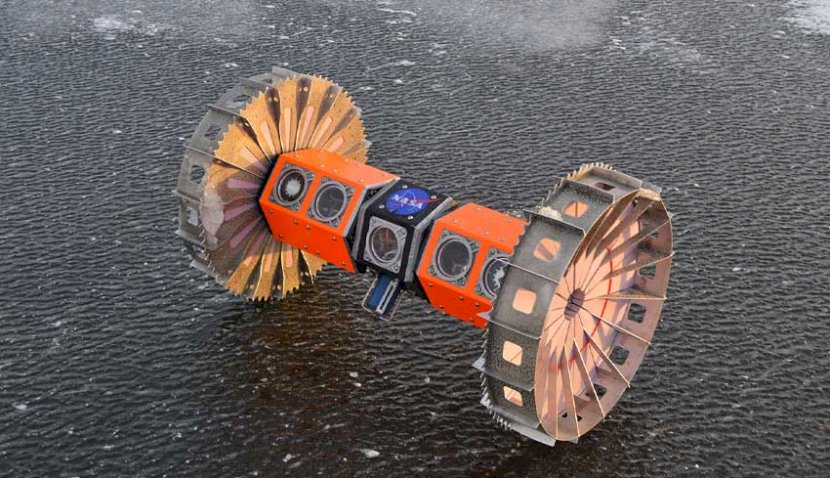 NASA has come up with a nifty little robot designed to explore under ice sheets, a useful capability to search for life on frozen worlds such as the moons of Jupiter and Saturn. 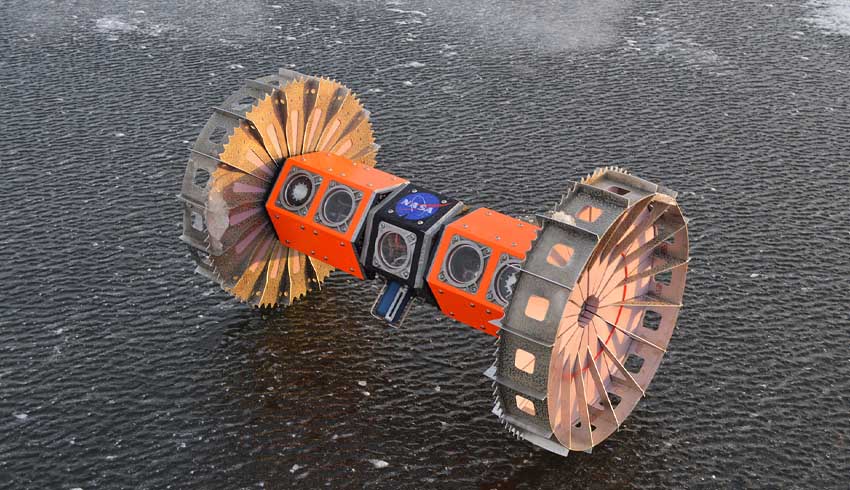 What’s been named BRUIE – Buoyant Rover for Under-Ice Exploration – will be trialled at Australia's Casey research station in Antarctica next month.

BRUIE, which is a metre long and equipped with two wheels to roll beneath the ice, was developed by engineers at NASA's Jet Propulsion Laboratory in Pasadena, California.

It has been tested in Alaska and the Arctic and this will be the rover's first trial in Antarctica.

Supported by the Australian Antarctic Program, the JPL crew will travel to lakes and the seashore near Casey station, drilling ice holes to submerge BRUIE.

JPL said BRUIE could even make some friends as curious penguins and seals sometimes investigate when the science teams drill through the ice.

The plan is to work on BRUIE until it can survive under the ice for months at a time, remotely navigate without a tether and explore the ocean at greater depths.

The ultimate objective is to explore moons throughout the solar system believed to be covered in deep oceans hidden beneath thick, frozen surfaces.

Kevin Hand, JPL lead scientist on the BRUIE project, said these lunar oceans, such as those on Jupiter's moon Europa and Saturn's moon Enceladus, might be the best places to look for life in our solar system.

For that job, they need a tough aquatic explorer able to navigate solo through an alien ocean under ice sheets up to 20 kilometres thick.

"The ice shells covering these distant oceans serve as a window into the oceans below and the chemistry of the ice could help feed life within those oceans,” he said.

“Here on Earth, the ice covering our polar oceans serves a similar role, and our team is particularly interested in what is happening where the water meets the ice.”

Lead engineer Andy Klesh said life had often been found at interfaces, at the sea bottom and ice-water at the top.

“Most submersibles have a challenging time investigating this area, as ocean currents might cause them to crash, or they would waste too much power maintaining position," he said.

"BRUIE, however, uses buoyancy to remain anchored against the ice and is impervious to most currents. In addition, it can safely power down, turning on only when it needs to take a measurement, so that it can spend months observing the under-ice environment."