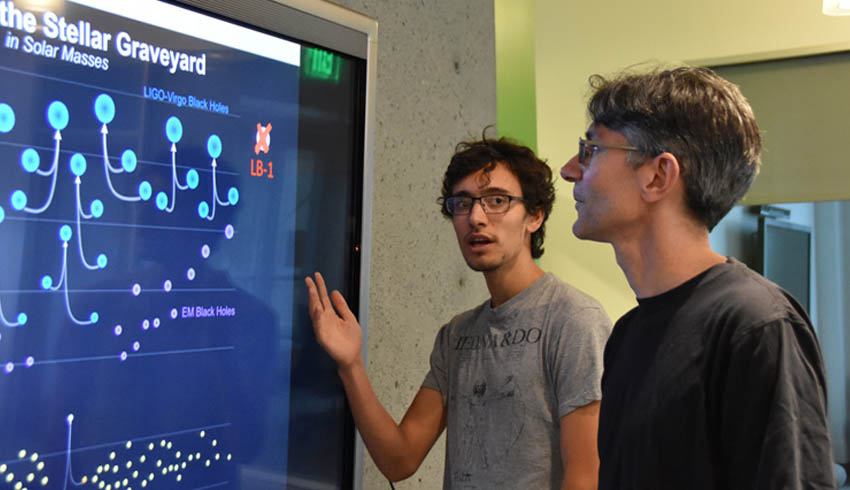 Sometimes, a blockbuster discovery is just too good to be true. UC Berkeley graduate student astronomer Kareem El-Badry knows that all too well — he just shot one down.

El-Badry studies unusual binary star systems in which one of the two stars orbiting each other explodes as a supernova and turns into a black hole. But he was surprised when, on 27 November, the day before Thanksgiving, Chinese astronomers reported such a system with a black hole that was astoundingly large: 70 times the mass of our sun.

He knew black holes that size are so rare that there may be just one in the entire Milky Way galaxy.

Theoretically, black holes formed by stellar collapse in the Milky Way should weigh less than about 30 solar masses; hence the Washington Post headline reporting a "'monster' black hole so big they didn’t think it was possible".

El-Badry explained, "I was suspicious from the beginning. We know of 20 to 30 black holes in binaries, and they are all half as massive, or less than 70 solar masses. It just made me want to read the paper carefully and try to understand what (the researchers) did."

The suspicion came from his four years of work with Eliot Quataert, a Berkeley professor and chair of the astronomy department, to discover and understand the 10 million to 100 million star-sized black holes suspected of lurking unseen in the Milky Way.

These black holes are distinct from the supermassive black hole at the centre of the galaxy that weighs about 4 million times more than our sun.

Professor Quataert added, "We only know of a few dozen star-sized black holes in the galaxy. We need to discover more in order to understand which stars explode to become neutron stars, which ones collapse into black holes — basically, to understand the full life cycle of stars, from birth to death."

El-Badry didn’t have time to read the new paper thoroughly until five days later, on a train back to the Bay Area after visiting his parents in Oregon. Within 15 minutes, however, he knew something about the analysis was wrong.

He quickly obtained the Chinese team’s original data and, within 20 minutes, confirmed the error. On 9 December, a week after delving into the data, he uploaded to the internet a paper — with the admonition “not so fast” in the title — in which he described where the astronomers went wrong.

It turns out that two other research groups posted papers the same day, disputing the findings, but only El-Badry’s used the Chinese team’s original data to swat down its conclusion.

"I had reservations, too, because the long-rumoured findings are not consistent with what we understand about how stars evolve," Quataert said. "But Kareem figured out the error."