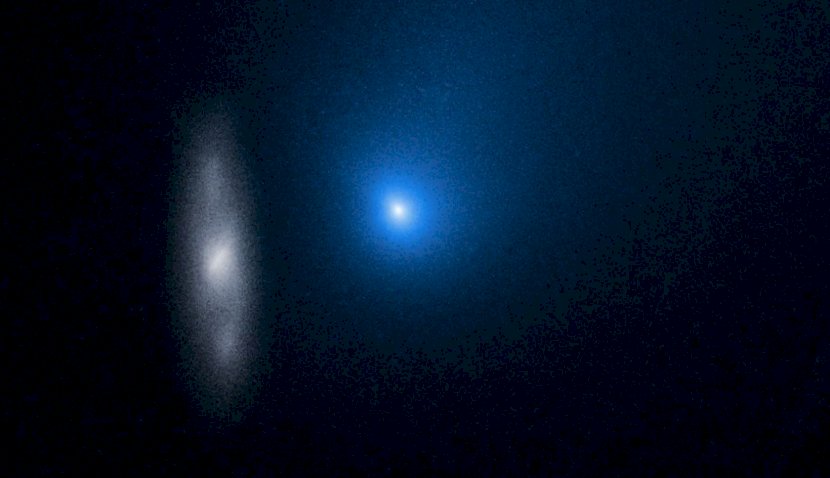 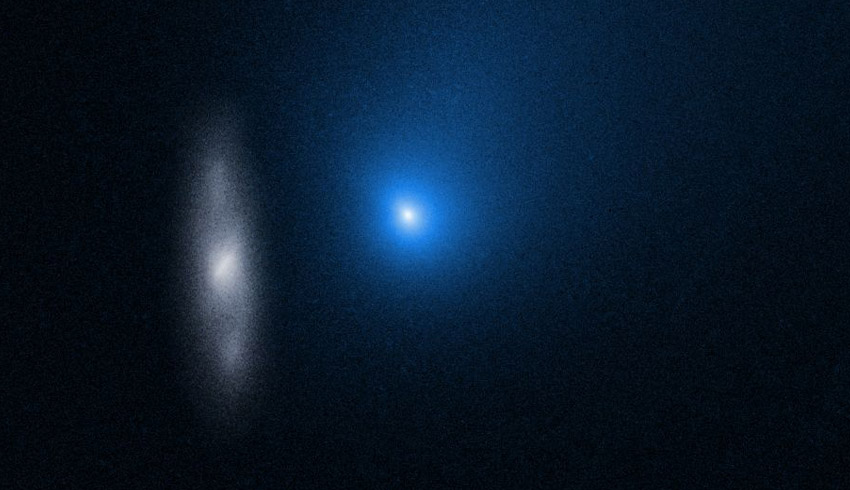 The comet, called Comet 2I/Borisov (the “I” stands for interstellar), was spotted near a spiral galaxy known as 2MASX J10500165-0152029. It was approximately 326 million kilometres from Earth when the image was taken on 16 November.

“Data from the Hubble Space Telescope give us the best measure of the size of comet 2I/Borisov’s nucleus, which is the really important part of the comet,” said David Jewitt, a UCLA professor of planetary science and astronomy, who analysed and interpreted the data from the new image.

The scientists were surprised to learn that the nucleus has a radius measuring only about half a kilometre — or less than one-fifteenth the size that earlier investigations suggested it might be.

“That is important because knowing its size helps us to determine the total number, and mass, of other similar objects in the solar system and the Milky Way,” Jewitt said.

“2I/Borisov is the first known interstellar comet, and we would like to learn how many others there are.”

The comet is travelling at a breathtaking speed of 177,000 kilometres per hour — one of the fastest comets ever seen, Jewitt said. More commonly, comets travel at about half that speed.

Crimean astronomer Gennadiy Borisov discovered the comet on 30 August, using a telescope he built. Based on precise measurements of its changing position, the International Astronomical Union’s Minor Planet Center calculated a likely orbit for the comet, which shows that it came from elsewhere in the galaxy.

Jewitt said its precise point of origin is unknown.

A second Hubble Space Telescope image of the comet, taken on 9 December, shows the comet even closer to Earth, approximately 297 million kilometres from Earth, he said.

Comets are icy bodies thought to be fragments left behind when planets form in the outer parts of planetary systems.

Observations by numerous telescopes show that the comet’s chemical composition is similar to that of comets previously observed in our solar system, which provides evidence that comets also form around other stars, Jewitt said.

By mid-2020, the comet will have zoomed past Jupiter on its way back into interstellar space, where it will drift for billions of years, Jewitt said.