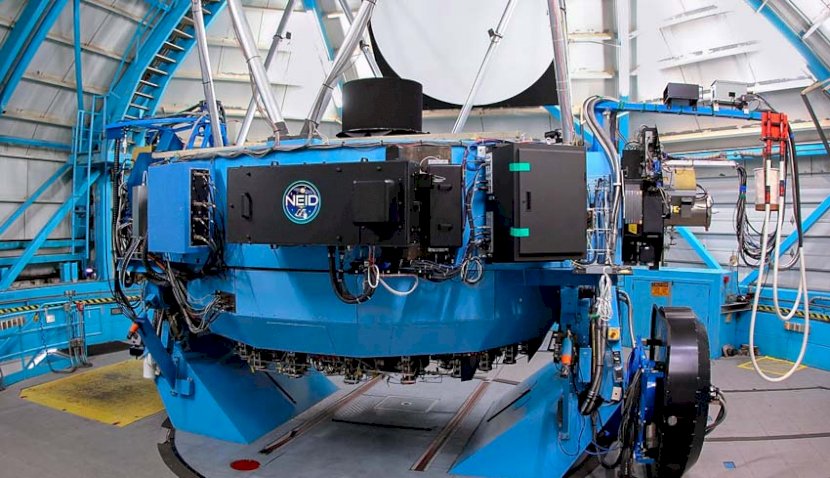 International researchers, including scientists from Macquarie University, will benefit from the NEID spectrograph instrument. It will help scientists determine the density of distant planets, which can reveal whether the planet is rocky, like Earth, or mostly gaseous, like Jupiter – supporting the search for life. 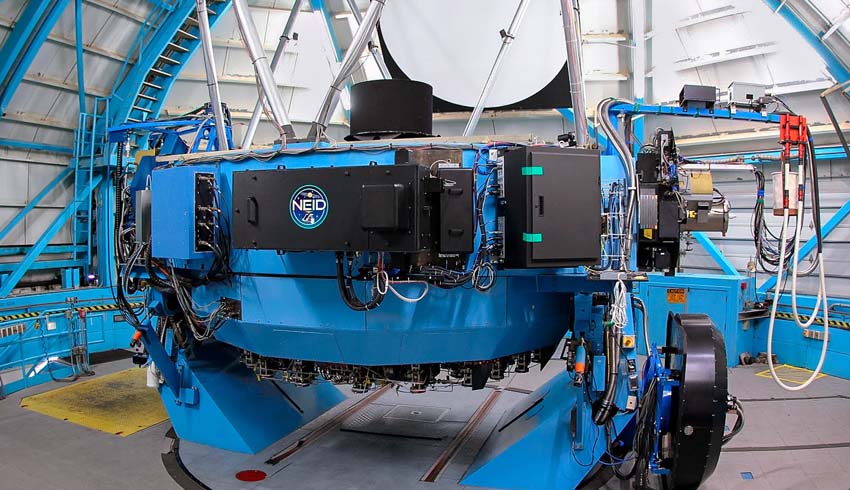 A new instrument funded by NASA and the National Science Foundation called NEID (pronounced "NOO-id"; sounds like "fluid") will help scientists measure the masses of planets outside our solar system – exoplanets – by observing the gravitational pull they exert on their parent stars.

That information can help reveal a planet's composition, one critical aspect in determining its potential habitability.

NEID recently made its first observations on the WIYN 3.5-metre (11.5-foot) telescope at Kitt Peak National Observatory when it studied 51 Pegasi, which in 1995 was the first sun-like star found to host an exoplanet.

Armed with measurements of a planet's diameter and mass, scientists can determine its density as well, which can typically reveal whether the planet is rocky (like Earth, Venus and Mars) or mostly gaseous (like Jupiter and Saturn).

This is a first step towards finding potentially habitable worlds similar to Earth. When applied to many planets, the method provides a more comprehensive view of what types are most common in the galaxy and how other planetary systems form.

Planets in our own solar system cause our sun to wobble: Jupiter, with its immense gravity, causes our home star to move back and forth at roughly 43 feet per second (13 metres per second), whereas Earth causes a more sedate movement of only 0.3 feet per second (0.1 metre per second).

The speed is proportional to an orbiting planet's mass as well as to the mass of the star and the distance between those two objects.

Until now, instruments have typically been able to measure speeds as low as about three feet per second (1 metre per second), but NEID belongs to a new generation of instruments capable of achieving about three-times-finer precision.

It has the potential to detect and study rocky planets around stars smaller than the sun.

In addition, the scientists and engineers working with the instrument want to use it to demonstrate "extreme precision radial velocity" that could perhaps one day detect planets as small as Earth orbiting around sun-like stars in the habitable zone, where liquid water could potentially exist on a planet's surface.

NEID will also confirm the presence and measure masses of planets discovered by NASA's recently launched TESS (or Transiting Exoplanet Survey Satellite) space telescope, which detects planets via a different method from NEID:

Members of the NEID team will discuss the first light results at the 235th meeting of the American Astronomical Society in Honolulu.

Macquarie University’s Dr Christian Schwab, lead optical designer for the NEID spectrograph, said, "The optical design for this spectrograph was challenging, as we wanted to achieve practically perfect image quality over a very broad range of wavelengths, spanning from the ultraviolet to the near-infrared part of the spectrum."

"At the same time, the optics, with 300mm diameter lenses and a very heavy, custom prism, had to be built on a fast timeline. We came up with a novel design that delivers excellent images with fewer lenses, which makes it easier to stabilise it to the extreme degree required by the tiny exoplanet signals," Dr Schwab added.

The NEID spectrograph was built at the Pennsylvania State University. NSF's National Optical-Infrared Astronomy Research Laboratory (OIR Lab) was responsible for modifications to the WIYN 3.5-metre telescope to accommodate NEID.