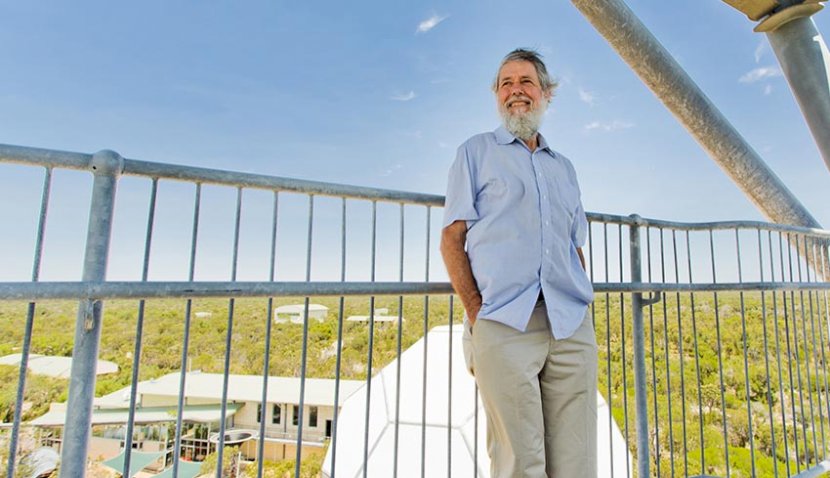 The University of Western Australia’s Emeritus Professor David Blair has been awarded the prestigious Prime Minister’s Prize for Science for his contribution to the first detection of gravitational waves. 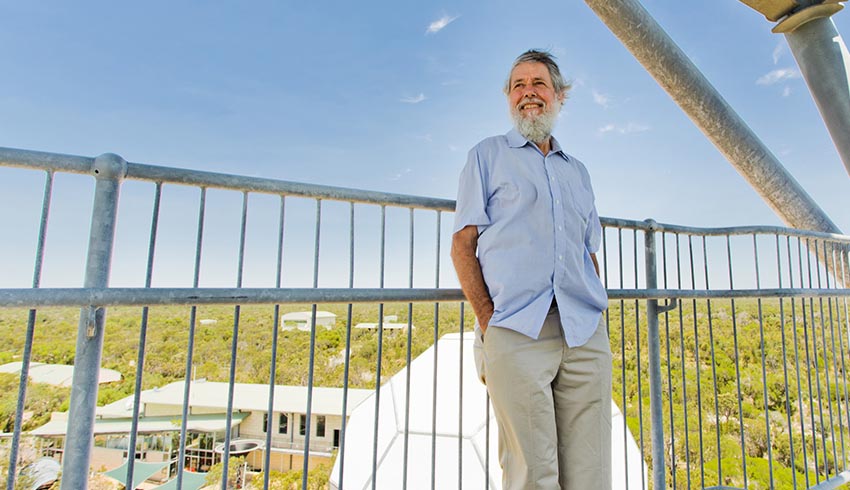 The groundbreaking 2015 discovery, which detected gravitational-wave signals from the collision of two substantial black holes 1.3 billion years ago, involved collaborators from around the world and had been more than 100 years in the making.

It is the second year in a row that a UWA academic has won the PM’s Prize for Science, with Emeritus Professor Cheryl Praeger recognised last year for her contribution to the mathematical sciences.

Professor Blair, from UWA’s node of the ARC Centre of Excellence for Gravitational Wave Discovery (OzGrav), said it was a wonderful honour to receive the 2020 Prime Minister’s Prize for Science.

“It is a fitting tribute to all of the students and scientists who participated in this amazing quest that was finally rewarded with the detection of gravitational waves,” Professor Blair said.  “This is a prize for physics in Australia.”

“The impact of discovering gravitational waves has allowed us to uncover hidden black holes and understand the beginning of time during the Big Bang,” Professor Blair said.

Professor Blair and his team created a large-scale high optical power research facility on a remote site in Gingin, Western Australia, to investigate the subtle interactions between light, sound and heat that would occur in full-scale detectors.

His pioneering work predicted that laser light would scatter from sound in the mirrors, causing instability at power levels far below that needed to obtain detector sensitivity.

Professor Colmer said Professor Blair’s work had also contributed towards securing the next generation of physicists and researchers.

“Professor Blair and his colleagues at UWA’s Department of Physics established the Einstein First Project, a youth outreach and education program that aims to teach young people the language of modern physics,” Professor Colmer said.

“The program has highlighted that many students enjoy learning modern science, while also providing enormous benefits in diversity and gender equity for the physics field.”

UWA vice-chancellor Professor Amit Chakma said Professor Blair had received many awards during his academic career, including being inducted into the Western Australian Science Hall of Fame in 2018.

“It’s pleasing to see Professor Blair and his collaborators from OzGrav receive this well-deserved award,” he said.

The Prime Minister’s Prizes for Science are Australia’s most prestigious awards for outstanding achievements in scientific research, research-based innovation and excellence in science teaching.

They are a tribute to Australia’s world-class science community, and the critical role they play in inspiring the next generation of Australian scientists and innovators. According to Professor Blair, it’s important for young people to develop scientific literacy and understand the language of modern physics.

“I hope the award will inspire more students to study physics and join the exciting search to unlock the mysteries of the universe,” he said.