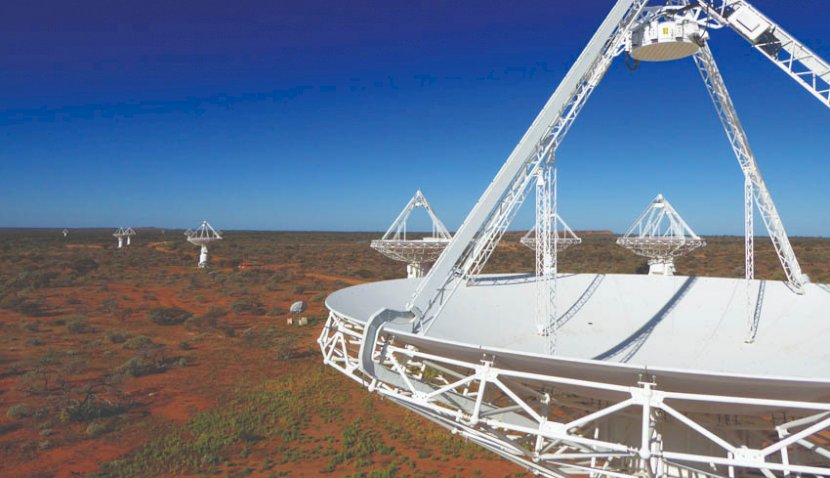 An international team of astronomers, led by a CSIRO astronomer, has been recognised for its location of fast radio bursts using the Australian-built ASKAP telescope. 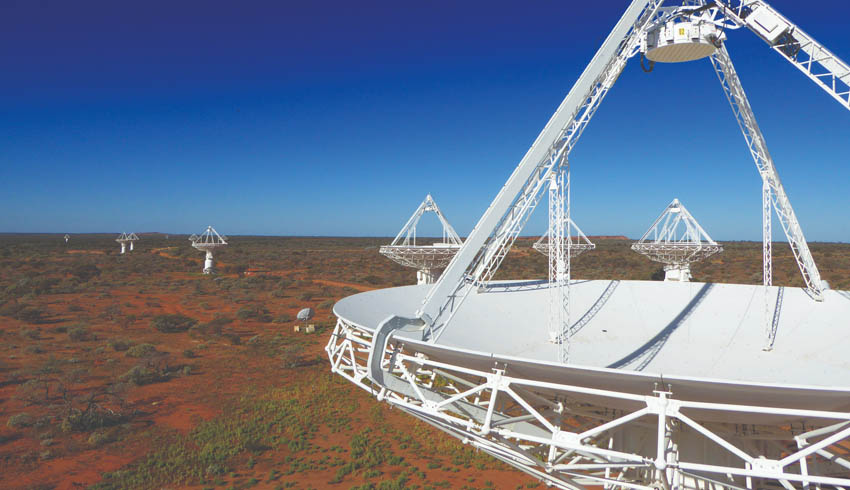 A team of 54 international scientists, led by a principal research engineer at the CSIRO Dr Keith Bannister, has been awarded the 2020 AAAS Newcomb Cleveland Prize for the best science paper of the year by the renowned US publication, Science.

The astronomers were the first to pinpoint the location of a fast radio burst (FRB) — intense pulses of radio emission that last only a fraction of a second.

The origins of FRBs are relatively unknown, with scientists unsure whether they come from nearby stars or distant galaxies, with radio telescopes lacking the precision to identify the source.

In a bid to resolve the mystery, the team of astronomers used the CSIRO’s Australian Square Kilometre Array Pathfinder (ASKAP) radio telescope, an array of 36 antennas in Western Australia.

ASKAP — equipped with CSIRO-designed phase array feed receivers, which widen its field of view by a factor of 30 — was able to detect the burst and pinpoint its location using a novel ‘live action replay’ system.

The team, which harnessed powerful optical telescopes from around the world, including the Keck telescope in Hawaii, ESO’s Very Large Telescope, and the Gemini telescope in Chile, confirmed that fast radio bursts come from very distant galaxies.

The ASKAP was able to identify which galaxy a burst came from, and also pinpointed its location within that galaxy.

The team has since pinpointed many other bursts using ASKAP, discovering the missing matter that makes up the cosmic web and probed the halo of an intervening galaxy.

Following the discovery, the team published a paper in the journal Science by the American Association for the Advancement of Science, which ultimately received the 2020 AAAS Newcomb Cleveland Prize.

Dr Bannister said he was honoured to receive recognition for the team’s achievement.

"It's thrilling to be part of cutting-edge science and technology in Australia, and to have it recognised internationally," Dr Bannister said.

"By studying the environments around the origins of fast radio bursts, astronomers will be able to determine what causes them, solving one of the big astronomical mysteries of our generation."