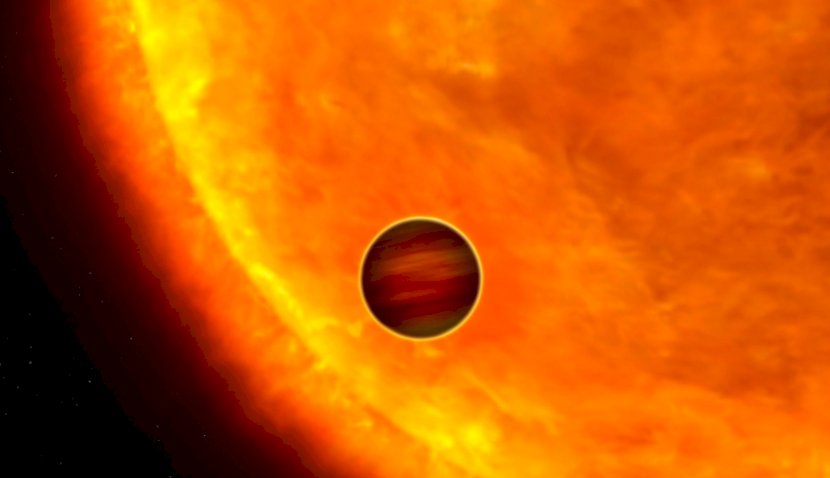 Astronomers have discovered one of the most extreme ultra-hot Jupiters which orbits around its star in only 16 hours – “the shortest of any known gas giant to date”. 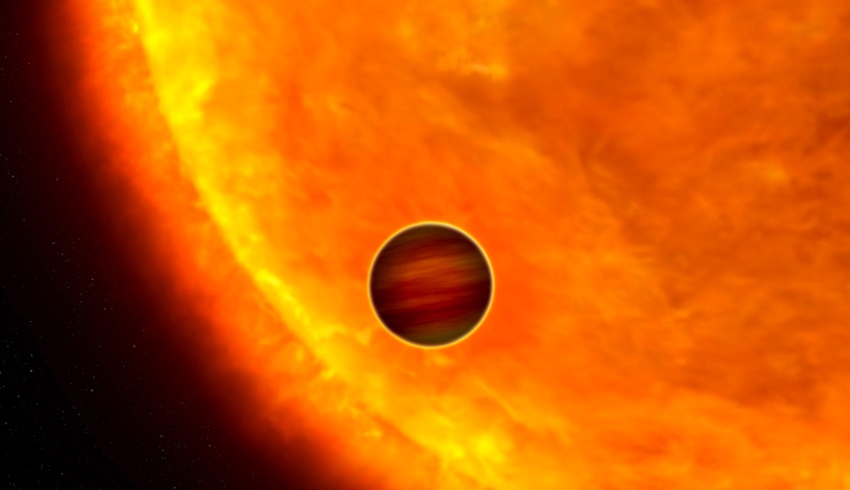 Exoplanets are massive balls of gas around the size of Jupiter, and they orbit stars outside the solar system.

They typically orbit their stars in around 10 days or less, compared to Jupiter’s 12-year orbit.

“In our lifetime we will not see the planet fall into its star. But give it another 10 million years, and this planet might not be there.”

NASA’s TESS satellite began observing the TOI-2109b star in May 2020, which was located in the southern portion of the Hercules constellation 855 light years from Earth.

It was identified of interest for the possibility it hosted an orbiting planet, and over a month later after collecting measurements of its properties, the TESS team confirmed the star hosted an object that orbits it every 16 hours.

“Everything was consistent with it being a planet, and we realised we had something very interesting and relatively rare,” says study co-author Avi Shporer, a research scientist at MIT’s Kavli Institute for astrophysics and space research.

Once it was identified, the team notified the wider astronomy community and multiple ground-based telescopes were on the hunt to observe it closely, to which the orbiting object was then named TOI-2109b.

The team determined the object is about five times as big as Jupiter, around 35 per cent larger, and only 1.5 million miles out from its star – which is considered “extremely close”.

It is around 50 per cent larger in size and mass compared to the sun and it is estimated to be spiralling into its star at a rate of 10 to 750 milliseconds per year, the fastest to ever be detected.

According to the study, the exoplanet has a “day and night side”, and the team was able to witness its varying brightness as it revolves. The researchers estimated the day side reaches temperatures of more than 3,500 kelvin.

“Meanwhile, the planet’s night side brightness is below the sensitivity of the TESS data, which raises questions about what is really happening there,” Shporer says.

“Is the temperature there very cold, or does the planet somehow take heat on the day side and transfer it to the night side? We’re at the beginning of trying to answer this question for these ultra-hot Jupiters.”

The researchers hope to discover more about the exoplanet through NASA’s Hubble Space Telescope, set to launch in late December.

“Ultra-hot Jupiters such as TOI-2109b constitute the most extreme subclass of exoplanet,” Wong said.

“We have only just started to understand some of the unique physical and chemical processes that occur in their atmospheres — processes that have no analogs in our own solar system.”

Shporer said it may also reveal how these types of systems come into place, after long being considered “oddballs”.

“How does a planet as massive and large as Jupiter reach an orbit that is only a few days long? We don’t have anything like this in our solar system, and we see this as an opportunity to study them and help explain their existence.”