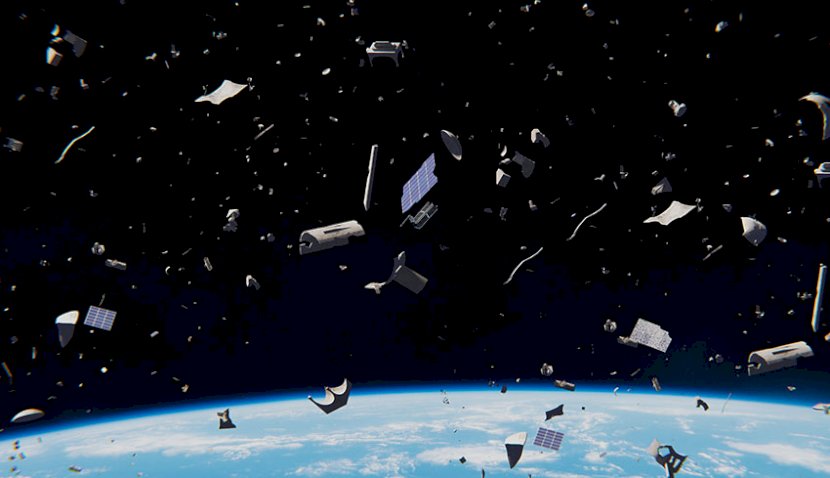 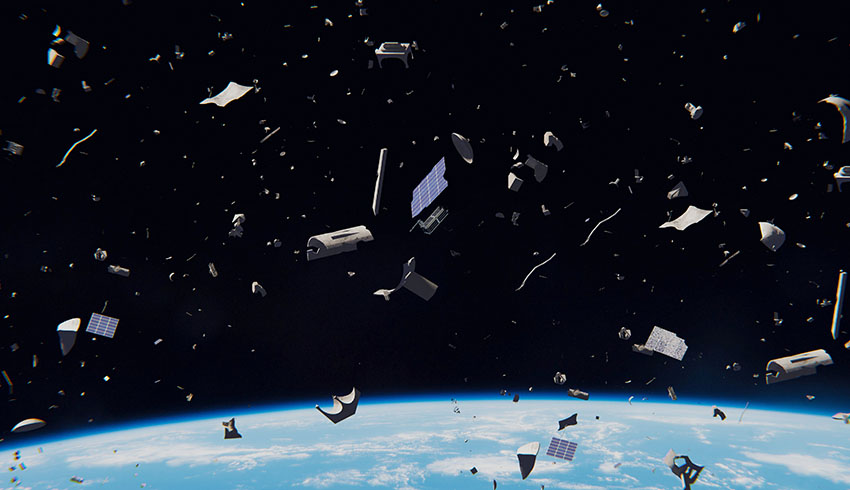 It has now been two months since the deliberate fragmentation of Cosmos 1408 in Low Earth Orbit (LEO) by a Russian Direct Ascent Anti Satellite Test on 15th November 2021. Over 1,000 fragments have been catalogued by the 18th Space Control Squadron, with hundreds more likely still to be added in the future. LeoLabs monitors all these objects and provides updated ephemerides and conjunction data messages (CDMs) highlighting close approaches with other resident space objects. 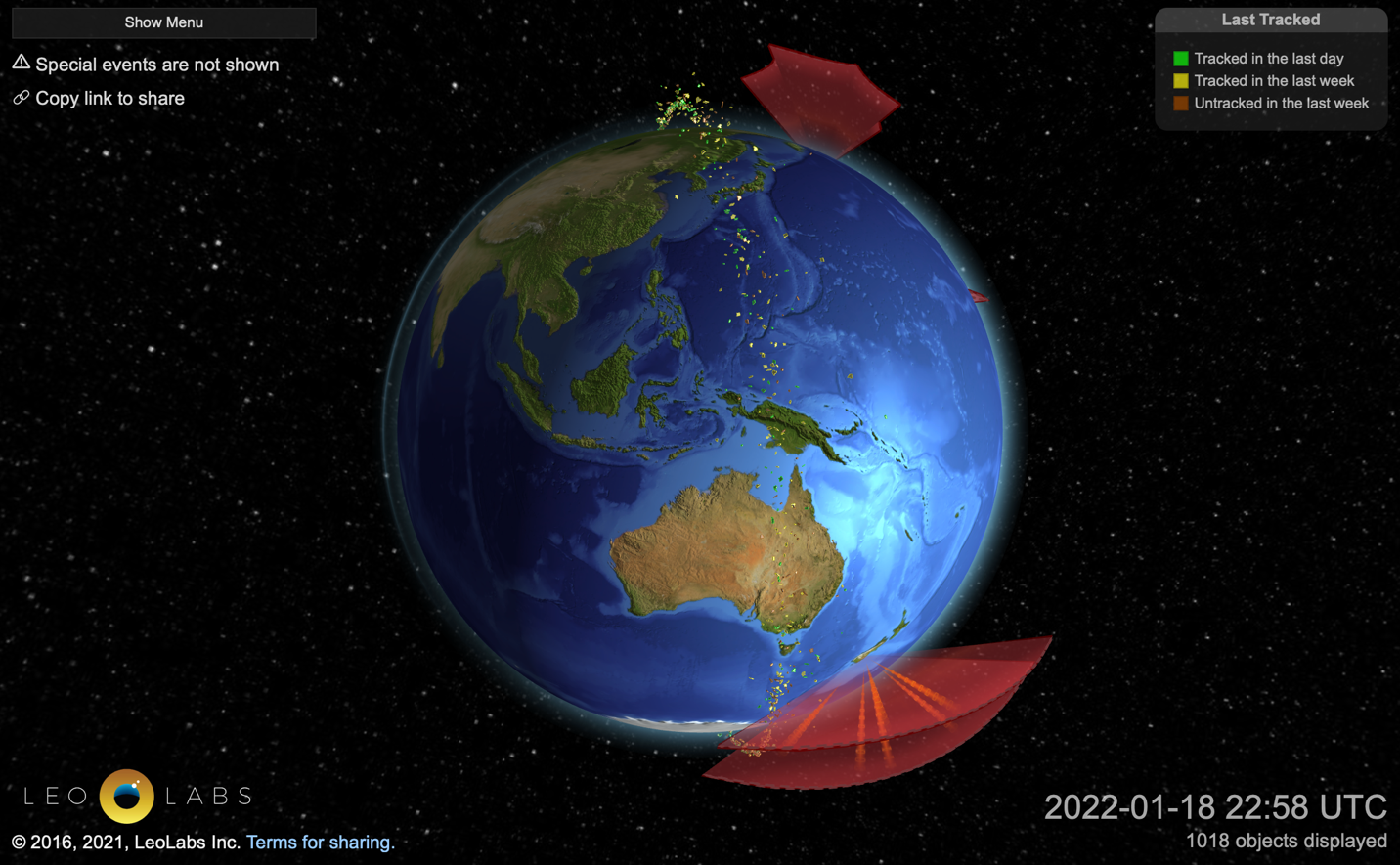 Now is a good time to start to assess the ramifications of this new cloud of debris. The figure below depicts the spatial density of the debris resulting from the three significant collision events immediately after the breakup:

The area under each spatial density (i.e., number of objects per volume) curve is directly proportional to the number of objects in each cloud. Notice that the peak hazard from the initial FY 1C cloud is four times that from the C1408 cloud. The higher altitudes of the FY 1C and C2251 clouds would typically result in much more persistent (i.e., longer orbital lifetimes) debris. For FY 1C, 81% of debris fragments are still in orbit (2,862 out of 3,532), while 63% of C2251 debris are still in orbit (1,076 out of 1,714), over a decade after these debris forming events. 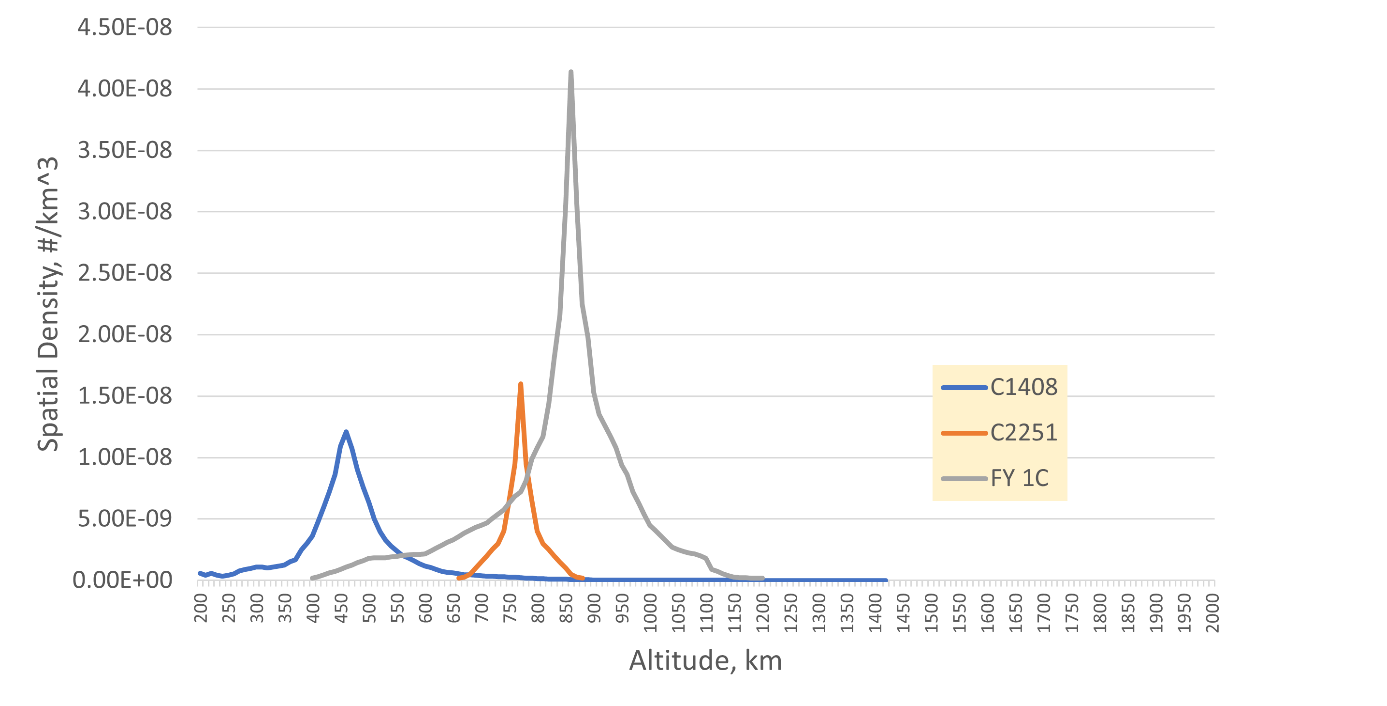 The fragmentation of Cosmos 1408 into “only” 1,500 (or so) fragments means that the average fragment mass is greater than typical, so on average may be longer-lived than smaller fragments at the same altitudes. Yet, it should be noted that over 75 fragments have already reentered, and the current Gabbard diagram (as of 14 January) shows a significant “collapsing” of the lower part of the Gabbard diagram for the C1408 debris. This collapse shows the effects of atmospheric drag circularizing the orbits of the debris that were ejected in retrograde (lower) orbits. 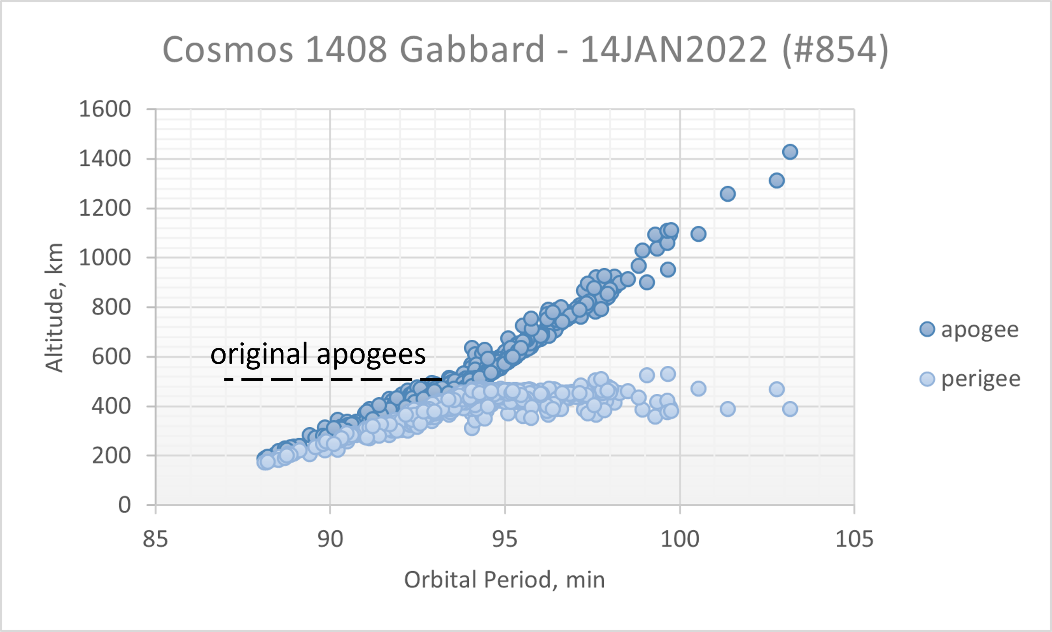 The spatial density curve below shows the spatial density of all debris (i.e., fragments, abandoned rocket bodies, and non-operational payloads) before and after the C1408 event. The Gabbard diagram shows how some objects were ejected into altitudes as high as 1,400 km. However, the collision risk from those objects is spread across a wide range of altitudes, so the increased percentage collision hazard is very small for most of the altitudes above 625 km. 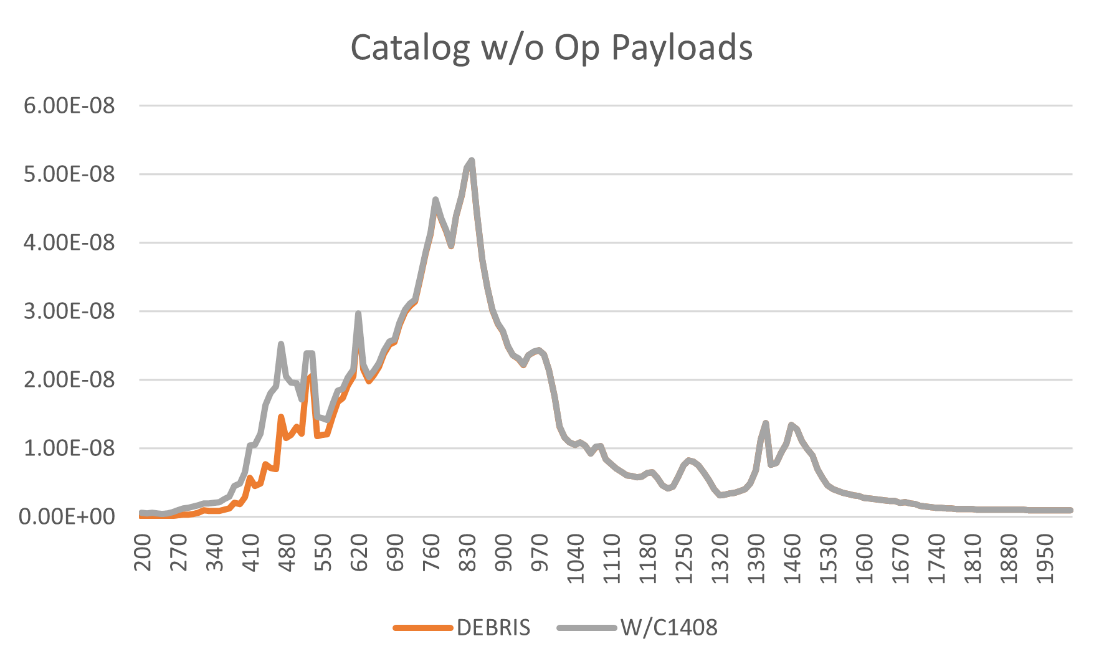 The percentage increase in spatial density (which is proportional to probability of collision) as a function of altitude from currently catalogued C1408 fragments has been calculated for a wide variety of operational satellites in the table to the right. It should be noted that hundreds more fragments greater than 10 cm will likely eventually be added to the catalogue. In addition, this does not consider the likely much greater number of sub-10 cm debris (often referred to as lethal nontrackable debris, LNT). LeoLabs will start cataloguing some of the LNT in 2022. As a result, this table, while representative of the increased risk, provides an initial assessment of the statistical evidence for the impacts this cloud of debris will make on the LEO space environment. 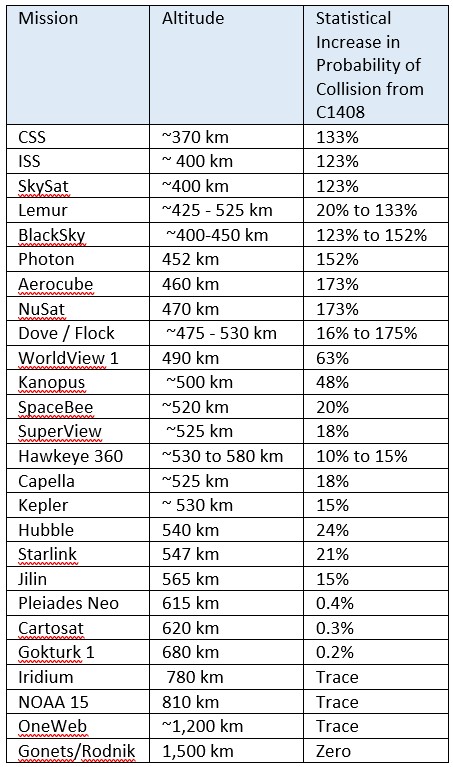 For most operational satellites, an increase in catalogued objects does not actually equate to a higher probability of collision, but rather an increase in the collision avoidance burden.

While this may seem reasonable (i.e., that it was not more), in reality, the encounters with derelict objects (such as abandoned rocket bodies and non-operational payloads) actually pose a greater long-term hazard since these derelict objects cannot avoid a collision like most operational satellites. The potential collisions with massive derelicts will generate more debris fragments, adding a greater statistical likelihood of catastrophic or mission-terminating impacts. It also should be noted that the reported catalogue number for this cloud has been slowly growing, so not all of the currently catalogued fragments were available for inclusion in conjunctions for this entire time period. Of the 351 conjunctions over the last 30 days with a probability of collision greater than 10-5, there were 52 that exceeded 10-4 and six that exceeded 10-3. In summary, the risk due to debris collisions has doubled for a wide swath of LEO.

For massive derelicts, such as abandoned rocket bodies and non-operational payloads, this increased collision hazard contributes to the growing debris-generating potential in LEO that will eventually trigger events that will further add to the debris population. While debris in the 1-10 cm range created are too small to be tracked, they are still capable of causing mission-terminating effects on operational satellites.

LeoLabs is committed to securing safe and sustainable space. Our aim with this article is to provide data-driven transparency, which we believe will promote sustainability and deterrence whilst ultimately supporting the growth of the Australian, US and International Space Industries.