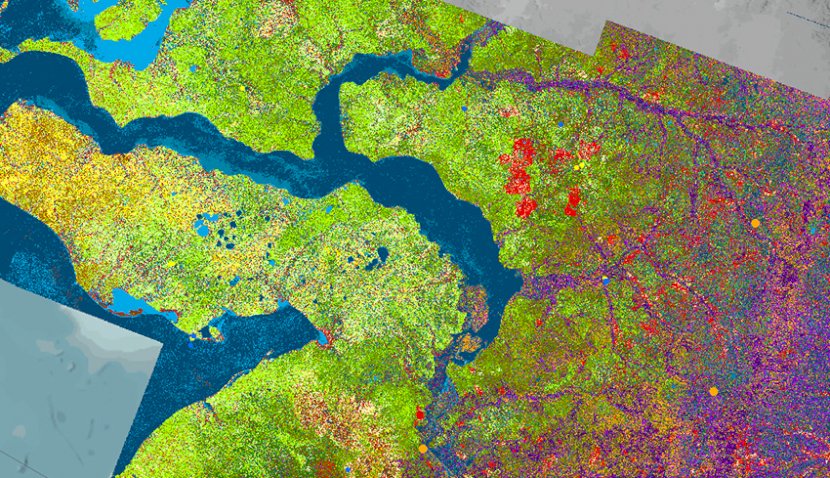 The European Space Agency’s Urban Thematic Exploitation Platform (U-TEP) is currently in use to map the continued shift in global population from regional areas to major metropolitan areas around the world.

The number of people flocking to cities in search of employment and better prospects is growing at an unprecedented rate. By 2050, the global population is estimated to reach 9 billion, 70 per cent of which will be living in urban areas.

The World Settlement Footprint 2015 (WSF-2015) is the first map using mass collections of radar and optical satellite imagery to provide a global overview of the world’s human settlements.

The rapid and unplanned urban growth along with the rise in population density brings challenges, such as increased air pollution, inadequate infrastructures and greater vulnerability if disaster strikes. The importance of effective city planning and development will be essential in managing these urban swells.

ESA’s U-TEP and its new WSF-2015 dataset help do just that. This product has been generated with support of the U-TEP by exploiting the methodology developed in the framework of the ESA SAR for urbanisation monitoring (SAR4URBAN) project, led by the German Aerospace Center (DLR).

The global map, with its high spatial resolution, is based on a multi-temporal analysis of over 700,000 Copernicus Sentinel-1 radar and Landsat-8 multispectral satellite images, collected during 2014-15.

The new WSF-2015 dataset has been integrated on the U-TEP Visualisation and Analytics Tool, which includes additional datasets such as topographic and social media data, as well as socio-economic statistics, and also gives the user the option of uploading specific geographic information.

The U-TEP multi-source data and tools, all available in a single platform, aims to provide comprehensive information to help scientists, planners and decision-makers in creating and maintaining sustainable urban environments (in major cities but also in smaller, rural areas), as well as documenting changes over time.

Mattia Marconcini, who managed the WSF-2015 development at DLR, explained, "U-TEP will benefit from the new WSF-2015 data, particularly in view of services for more effective urban planning and service provision, enhanced risk analysis related to natural disasters, or improved assessment of human impact on ecosystems."

The global availability of high-quality data on urban growth is of primary importance in particular in data-poor countries. The use of this data is particularly important for the UN’s Sustainable Development Goal 11 (SDG 11), which aims to make cities and human settlements resistant and safe, and also the new Urban Agenda, which focuses on a more sustainable future for both developing and developed countries.

With these goals in mind, DLR, in partnership with Google Earth Engine Team, is currently producing an extended version that will soon be available on U-TEP: the WSF-Evolution.

The WSF-Evolution will use 6 million satellite images from 1985 to 2015, almost the complete archive of the US Landsat missions, to illustrate the worldwide growth of human settlement on a year-by-year basis. This new feature will be released later this year.

The availability of the WSF datasets and big data analytical capabilities of the U-TEP platform allows us to build a knowledge base on what is urgently required for achieving sustainable urban development goals and making well-informed policy decisions.

Both U-TEP and WSF-2015 are funded by ESA. U-TEP is one of seven Thematic Exploitation Platforms developed by ESA to serve data user communities. These cloud-based platforms provide an online environment to access information, processing tools and computing resources. The TEPs allow knowledge to be extracted from large datasets produced through the Copernicus program, as well as other Earth observation satellite missions.