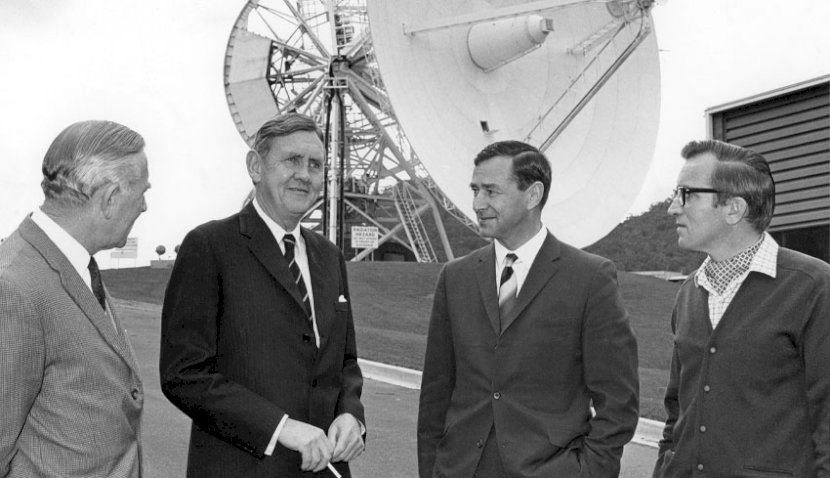 Fifty years ago on Sunday, astronaut Neil Armstrong made that first "small step for mankind" onto the moon surface, an event broadcast to the world through the Honeysuckle Creek tacking station outside Canberra. 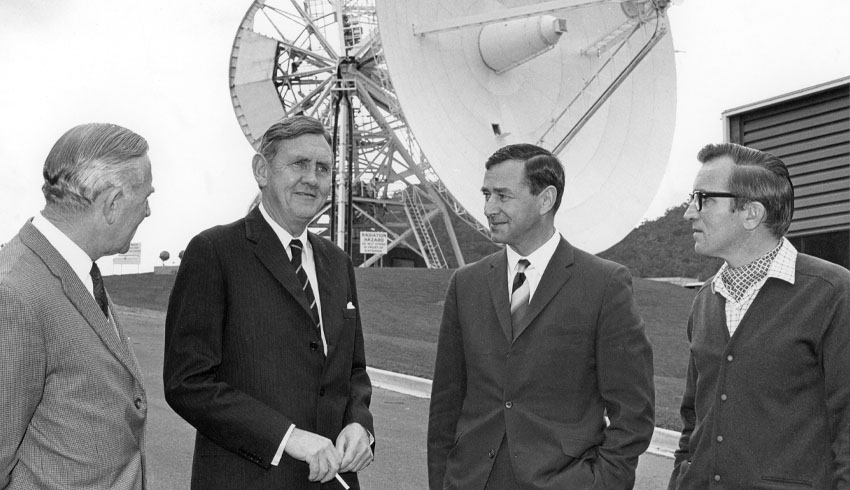 Contrary to the entertaining tale of Aussie ingenuity in the 2000 movie The Dish, this did not come by way of the Parkes radio telescope in central-western NSW.
That’s because that first moonwalk occurred earlier than anticipated and just before the Earth’s rotation brought Parkes into line of sight with the moon.

Just under nine minutes after the broadcast began, Parkes came on line and high quality video from the moon was transmitted to the world through Parkes for the remainder of the two-and-a-half-hour live broadcast.

Yet, it’s those first few minutes that the world remembers, along with Armstrong’s words: “That’s one small step for man, one giant leap for mankind.”

Honeysuckle Creek closed in December 1981, its functions, personnel and famous dish antenna were transferred to the nearby Tidbinbilla tracking station.
Yet many of those who were present that day, 21 July 1969, are still around, enormously proud of their achievements and a little off put that popular culture has mostly overlooked their role in the Apollo program.

The storyline from The Dish appears to have stuck. In the lead-up to the Apollo 50th, many media reports of Australia’s role in receiving and distributing those first images to the world still attribute that to Parkes.

Australia’s part in the US space program came about because of geography – the US needed tracking stations at roughly equidistant locations around the globe to maintain 24-hour contact with orbiting spacecraft.

The chosen locations were the US, at Goldstone in the Mojave Desert, Spain and Australia. Plus we were a close and reliable ally. The space race, the period of unprecedented superpower rivalry, really blasted off in October 1957 when the USSR launched Sputnik, the world’s first artificial satellite. The USSR followed that triumph in April 1961 when cosmonaut Yuri Gagarin became the first human in space.

Then US President John Kennedy was initially hesitant in taking on the Soviets because of the vast cost, but Gagarin’s flight changed that. At risk was no less than national humiliation and the US set about applying its vast industrial, scientific and military might.

In May 1961, Kennedy declared that the US would place a man on the moon before the decade was out and it was truly game on.

In this cost-no-object period, Australia became dotted with tracking stations supporting the US space program – at Red Lake and Island Lagoon near Woomera, South Australia; Muchea and Carnarvon in Western Australia; Cooby Creek, Queensland; Parkes, NSW; and Honeysuckle Creek, Orroral Valley and Tidbinbilla in the ACT.

Parkes, NSW, was an astronomy radio telescope able to receive signals from the moon. Each station was directed to supporting particular aspects of the US effort, though there was substantial overlap.

For example, Honeysuckle was created just for the crewed space program – its first crewed mission was Apollo 7 in October 1968 – while Tidbinbilla supported deep space exploration probes. Tidbinbilla opened in 1965 and remains the only NASA tracking station in Australia still operating.

While the vision of man’s first steps on the moon remains what people remember, live TV coverage was very much an afterthought. What the ground stations did was track spacecraft telemetry, the vast amount of data reported by onboard systems. As men headed into space, the communications also carried data on their health, such as heart rate, as well as voice communications.

During the moon missions, the orbiting module and the lunar lander were tracked separately by different ground stations.

NASA only decided to incorporate live coverage into the moon landing after substantial internal debate. For one thing, the technology for broadcasting live at that distance was utterly unproven, but then so was much of Apollo technology. As well, the astronauts themselves weren’t keen on the idea.

"But Chris Kraft who was director of flight operations in Houston argued very much in favour of it, basically on the notion that American public had paid for it and they bloody well deserved to see it," recalled John Saxon, an engineer at Honeysuckle through this period.

After the lunar lander touched down and Armstrong and Buzz Aldrin prepared for their moon walk – the technical term is EVA or extravehicular activity – three stations were able to receive the weak TV signal from the moon.

That was Goldstone and Parkes with their large 64-metre dish antennas and Honeysuckle with its smaller 26-metre dish. How the TV actually came through Honeysuckle is a complex tale.

It was initially planned that that Tidbinbilla would track the lander and Honeysuckle the orbiting command module, but that week an electrical fire damaged a transformer in the Tidbinbilla transmitter.

Although that was repaired, mission control in Houston decided not to take the risk and assigned the lander to Honeysuckle. With the lander on the moon, three stations – Goldstone, Honeysuckle and Parkes – were ready to receive vision of the moon walk.

In Australia, it was planned that Parkes would receive the TV from the moon. The ABC had advertised in advance that its moon coverage would come through Parkes.

But on the moon, Armstrong and Aldrin wanted to get out and walk around – and who could blame them. Rather than resting according to their schedule, they decided to exit the lander earlier than planned.

That was too early for Parkes. It couldn’t lower its dish quite far enough for line of sight of the moon. Honeysuckle could. The Americans would dearly have loved those first images to come through Goldstone but they weren’t prepared for the early exit and didn’t have their prime team in place.

At Honeysuckle, the operators were experienced and competent, thanks to earlier missions and plenty of practice through simulations. Goldstone and Honeysuckle received the same inverted (the camera on the lander was upside down) high contrast imagery from the moon.

In the Honeysuckle control room was a former ABC technician Ed von Renouard, well accustomed to the pressures of live broadcasting.

Putting the imagery the right way up was just a matter of flipping a switch – the very switch is on display at Tidbinbilla – and he was able to adjust the contrast to produce the best possible imagery under the circumstances.

"All stations we have just switched video to Honeysuckle," announced the operator in the Houston control centre.

Could the Americans have asked Armstrong to hold it a moment while Goldstone got its act together – maybe, but they didn’t have much time as he was already exiting the lander.

And so it turned out that these first images of a man walking somewhere other than on Earth reached some 600 million viewers by way of Australia. Australians glued to their black and white TVs perhaps saw it a few microseconds ahead of everyone else.

As the moon rose, Parkes picked up the signal and just under nine minutes after the first broadcast, it came on line with even better imagery and that was transmitted to the world for the remainder of the two-and-a-half-hour live broadcast.

However, throughout this historic event, Goldstone received and transmitted all audio from the lunar surface.

There are a whole bunch of people who deserve credit for Australia’s successful contribution to Apollo 11 – the staff at Honeysuckle, Tidbinbilla and Parkes, who had to deal with strong gusting winds, and at the Overseas Telecommunications Commission who ensured the imagery received in Australia reached the world.

Many of those participants are still around and will be commemorating their part in this historic venture at events in Canberra and other centres this weekend.

After Apollo 11, Honeysuckle Creek continued its role in the Apollo program, including the near disaster of Apollo 13, as well as in the Skylab mission. All that remains now are concrete building foundations.

However its historic dish, known as DSS-46 (Deep Space Station 46), last used in December 2009, remains at Tidbinbilla as a relic of those heady days.