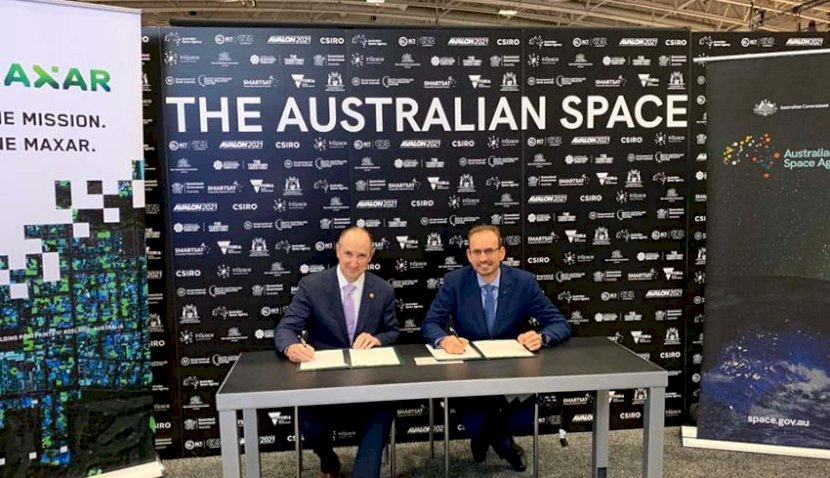 US satellite company Maxar Technologies has signed a joint statement of strategic intent and co-operation with the Australian Space Agency at the International Astronautical Conference in Washington, DC. 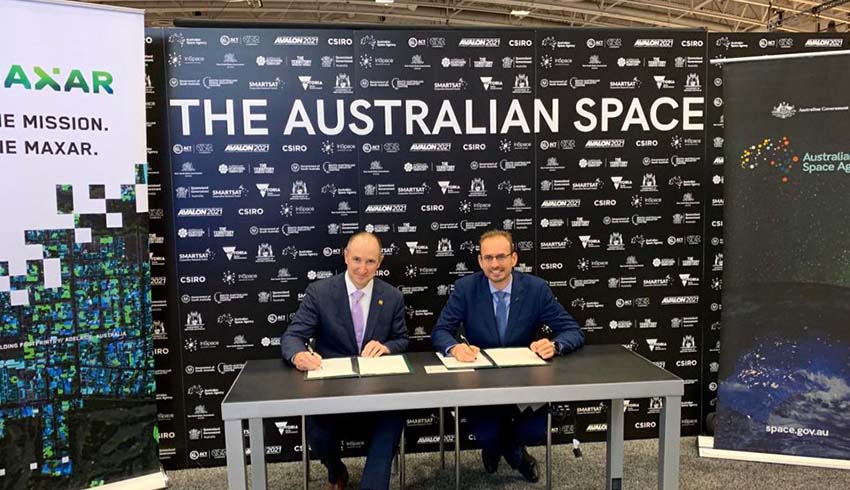 This co-operative agreement was signed off by Maxar chief executive Dan Jablonsky and deputy head of the Australian Space Agency Anthony Murfett.

Maxar and the ASA will investigate collaboration in areas of mutual strategic interest related to Earth intelligence and space infrastructure capabilities and space-related Australian education and training initiatives.

“Maxar is honoured to support the Australian Space Agency as it seeks to expand the nation’s role in the international civil space community, and we look forward to contributing technology and expertise from our 65-year heritage in space to projects and programs that enable them to achieve this goal,” Jablonsky said.

Murfett said the ASA aimed to triple the size of the Australian space industry to $12 billion and create 20,000 new jobs by 2030.

“Signing with companies such as Maxar will continue to develop the local space economy and benefit Australians through space technologies,” he said.

“Co-operation across government, private industry and research both nationally and internationally will provide linkages for Australia to access a greater segment of the global space economy.”

Maxar, based in Westminster, Colorado, is a major player in the US space industry. The company specialises in manufacturing communication, Earth observation and radar satellites, satellite products and space related services.

Possibly its best known product was the robotic arm on the space shuttles. The company was founded in 1969 as MacDonald, Dettwiler and Associates.

As well as the agreement with Maxar, the Space Agency has also signed new agreements with the German Aerospace Centre, Italian Space Agency and New Zealand Space Agency.

Industry Science and Technology Minister Karen Andrews, in the US to attend the International Astronautical Congress in Washington and to promote the Australian space sector, said Australia was never going to be the biggest player.

“But by engaging our businesses and researchers with other space agencies and industry players around the world, we can carve out our place globally and reap the economic rewards,” she said.

Through the letter of intent with the German Aerospace Centre, Australia and Germany will conduct co-operative projects such as biomedical research under space conditions, and quantum technologies.

“The arrangement with the New Zealand Space Agency is designed to encourage a trans-Tasman space innovation ecosystem. The agreement will facilitate collaboration in areas which could include launch and orbital/suborbital missions, expanding ground segment networks and remote asset management,” she said.