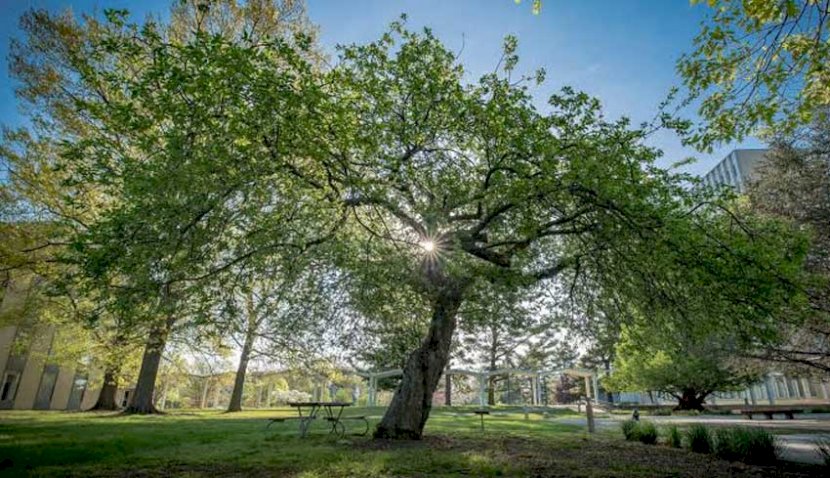 Back in 1665, the freshly graduated Isaac Newton was sitting beneath an apple tree at his family home when he observed an apple fall to Earth. 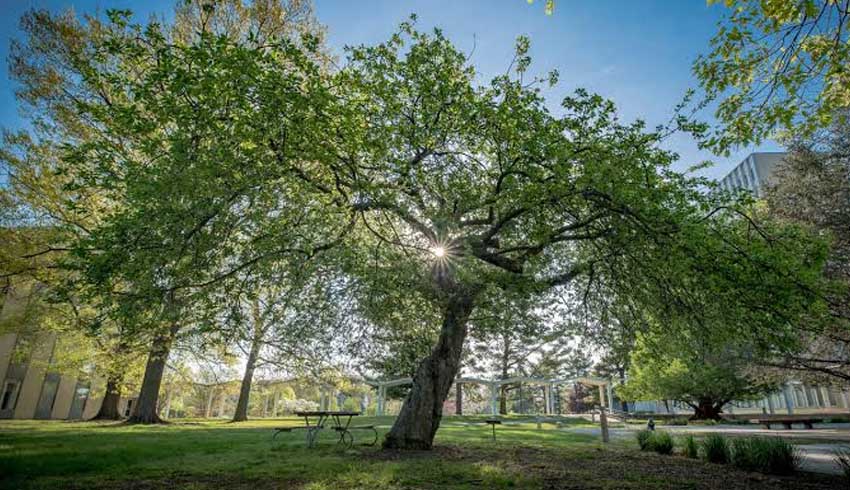 That got him thinking about the force that pulled objects straight down and eventually resulted in his theory of gravity, published in 1687.

This story may well be apocryphal. However it occurred, Newton’s apple tree has a special place in the history of science and it has been widely propagated, with descendants growing all around the world.

The latest are eight saplings have been grown from seeds – taken from the 400-year-old tree in the garden of Woolsthorpe Manor in Lincolnshire – which spent six months on the International Space Station.

It was flown to the ISS in 2015 by UK Army officer Tim Peake, an astronaut for the European Space Agency.

After returning to Earth they were germinated in the seed bank laboratories at the Royal Botanic Gardens, Kew, then raised in their nursery.

These are now being planted at locations across the UK to inspire the next generation of scientists.

Another specimen will be donated to the United Nations Office for Outer Space Affairs in Vienna.

"These trees are truly unique. They come from the iconic apple tree that inspired Sir Isaac Newton to ponder the forces of gravitation and continues to inspire to this day,” Peake said at a planting ceremony held at Woolsthorpe Manor.

"My mission to space was named Principia in homage to Newton's defining work that included his world-changing ideas about gravity. I wanted my Principia mission to inspire others, particularly young people, with the adventure of space and the excitement of science.

"Now, thanks to the careful nurturing at Kew, the apple pips that flew with me into space have grown into fine young trees, which I hope will continue to inspire potential Isaac Newtons."

The saplings are being planted at locations that represent a mix of educational, research, science, arboreal and horticultural fields.

That includes the Eden Project in Cornwall, Jodrell Bank in Cheshire and the National Physical Laboratory in Middlesex.

Andrea Leadsom, UK Business Secretary, said the government was determined to make the UK a science superpower and was backing the space industry to ensure the UK remained at the cutting-edge of achievements in space.

Although the UK is in the process of exiting the EU, the UK plans to stick with the European Space Agency, with the government announcing it will invest £374 million per year with ESA over the next five years.

So, if an Aussie astronaut ventured to space, what seeds could he or she carry to inspire coming generations? We don’t have anything with a connection to science like the Newton apple tree but we do have the Lone Pine from Gallipoli.

This was the solitary pine mostly obliterated in the 1915 Battle of Lone Pine, the scene of vast Australian sacrifice. One soldier souvenired a pine cone and its seeds were propagated across Australia.