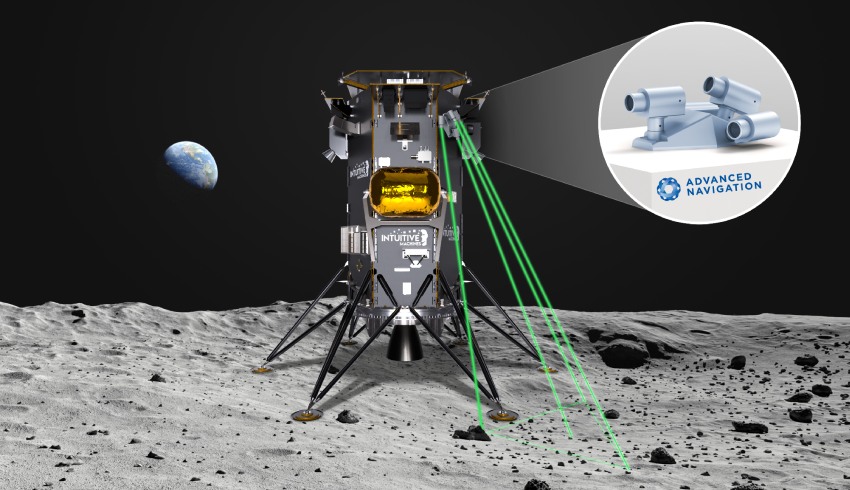 Advanced Navigation has unveiled the two new navigation systems that will be used on a lunar lander mission to the moon in 2024.

The NSW-based business said it hoped to be the “first Australian company to operate on the moon” when its Boreas X90 and LiDAV systems are used by US transportation company Intuitive Machines.

Intuitive Machines is planning three moon missions with NASA that will deliver at least two lunar communication relay satellites by 2025.

The development was supported by the Australian Space Agency, which awarded the company a Supply Chain Capability Improvement Grant as a part of its Moon to Mars Initiative.

Head of the ASA, Enrico Palermo, said, “It’s great to see Advanced Navigation continue to disrupt and challenge the status quo. Their latest technology will not only increase Australia’s space capability but create exciting long-term export opportunities, bolster careers in the STEM sector and inspire the Australian public.”

“This is just one example of how Australia is collaborating with NASA on its Artemis program and is building on over half a century of collaboration in space.”

Advanced Navigations aims to create more reliable and accurate navigation systems in smaller form factors to save weight and create more space for increased payload sizes upon the spacecraft.

Both of the Advanced Navigations systems are designed to be integrated into the guidance navigation and control (GNC) system of the spacecraft and can also operate independently within the GNC or be fused to deliver accurate data and navigation in the most challenging conditions.

The business’ CEO, Xavier Orr, said, “Our lightweight technology is estimated to deliver $85 million in value for lunar missions, helping to deliver heavier payloads to further advance research, exploration, and commercial developments on the moon.”

Xavier Orr will also be appearing soon on the Space Connect podcast. You can listen to previous episodes here.

Australia is up to the job of building moon rover, says study