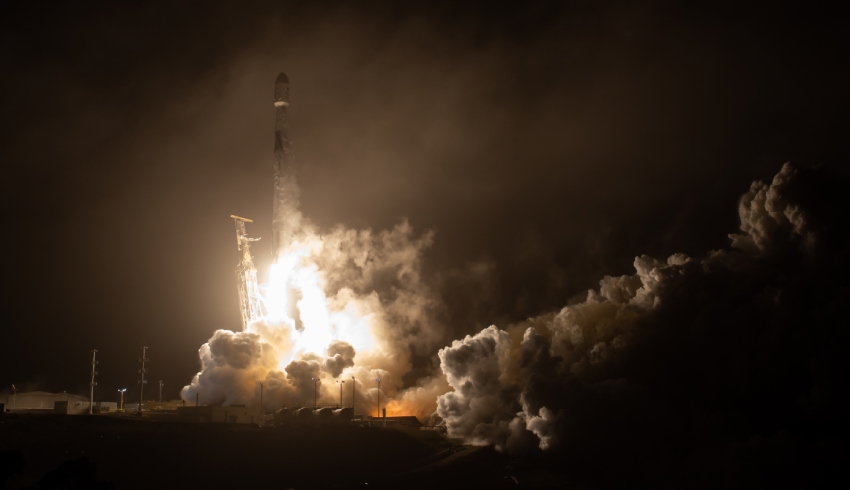 The spacecraft launched at 1:21am EST on a SpaceX Falcon 9 rocket from the Space Launch Complex 4 East at Vandenberg Space Force Base in California, NASA said in a press release.

DART will be the first demonstration of a deliberate kinetic impactor: a spacecraft targeted to strike an asteroid at a speed of roughly 24,000 kilometres per hour in order to change the asteroid’s motion in space.

“DART is turning science fiction into science fact and is a testament to NASA’s proactivity and innovation for the benefit of all,” said NASA administrator Bill Nelson.

“This test will help prove out one viable way to protect our planet from a hazardous asteroid should one ever be discovered that is headed toward Earth.”

Its launch is the test bed of determining whether a spacecraft crashing into an asteroid is an effective way to change its course in space, avoiding potential collision with Earth.

At 2:17am, DART separated from the second stage of the rocket, and only minutes later ground controllers received the first set of data from the spacecraft.

Two hours later, the spacecraft successfully deployed its two 28-foot-long solar arrays, which will power the spacecraft in converting the Sun’s energy to electricity.

DART is carrying a CubeSat – miniature satellite – on its back called the LICIACube, provided by the Italian Space Agency, and will be released prior to its impact with the asteroid to take images of the collision.

Between 26 September and 1 October in 2022, DART will collide with Dimorphos to change its orbit within the Didymos binary system.

Scientists estimate the impact will shorten Dimorphos’ orbit around Didymos by minutes, NASA says. Researchers will measure any changes from telescopes on Earth.

Didymos' primary body is approximately 780 metres across, and its secondary body is around 160 metres in size, and NASA says this is the typical size of an asteroid that could pose a threat to Earth.

NASA says Dimorphos orbits Didymos at a “much slower relative speed” than it orbits the sun, allowing ground controllers to measure its change in orbit more easily.

According to NASA, no asteroid larger than 140 metres in size has a high potential of reaching Earth in the next 100 years, but as of October this year, only 40 per cent of those asteroids have been detected.

“Our goal is to find any possible impact, years to decades in advance, so it can be deflected with a capability like DART that is possible with the technology we currently have,” said Lindley Johnson, planetary defense officer at NASA Headquarters.

Thomas Zurbuchen, associate administrator for the Science Mission Directorate says the DART mission is a matter of “preparedness” for the Earth to be protected against rogue asteroids.

A week from now, the Didymos Reconnaissance and Asteroid Camera for Optical navigation (DRACO) onboard DART will provide the first images from the spacecraft.