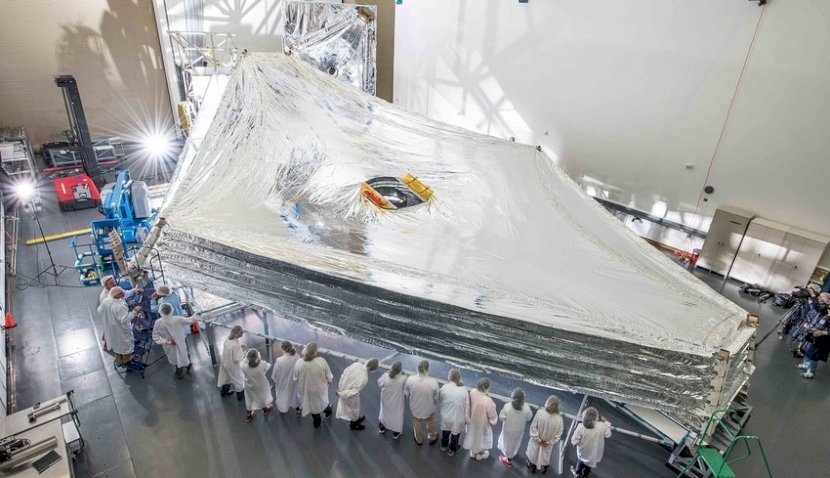 Northrop Grumman has said the James Webb telescope is making good progress after it began separating and tensioning the five individual layers that make up its shield on Monday. 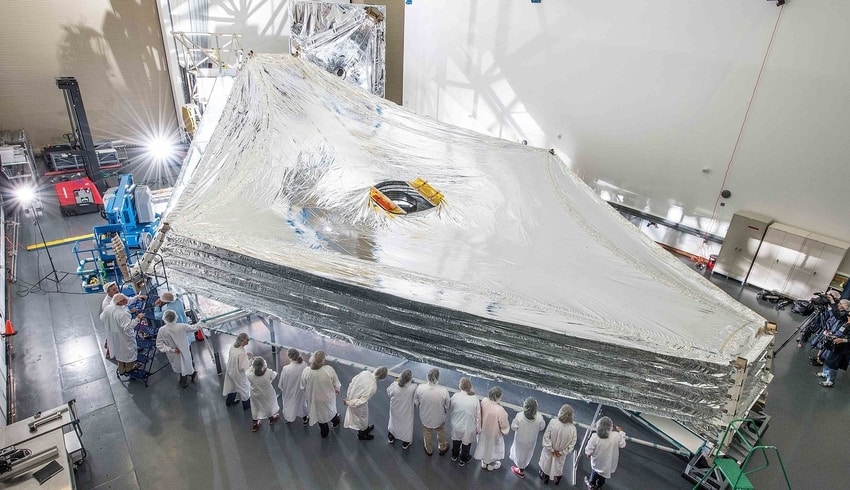 "Everything is hunky-dory and doing well," said Amy Lo, one of the key figures at the business overseeing the unpacking stage.

James Webb successfully launched from French Guiana on Christmas Day but won’t reach its final destination of Lagrange Point 2, one million miles away, until later this month.

The telescope will have to navigate past 344 individual actions before it’s ready for operation, meaning much of its mission risk is still ahead. If its shield can open perfectly, which should be completed by Wednesday, 75 per cent of the so-called failure modes will have been overcome.

The next step will be to deploy James Webb’s mirrors. The telescope has a secondary reflector that needs to be extended on long booms in front of the primary mirror, which is scheduled for Friday.

Finally, the main mirror’s wings, tucked back for launch, must be rotated to make a 6.5-metre-wide surface next weekend.

“We are still in the 'getting to know you' phase with the telescope. All satellites will be a little bit different on orbit than they are on the ground,” said Bill Ochs, Webb’s project manager at NASA’s Goddard Space Flight Center in Maryland.

“It takes time to get to understand their characteristics, and that's a lot of what we've been doing over the last week, as well as still making excellent progress on the commissioning timeline.”

After 29 days, Webb will take up its position at L2, one million miles away.

Ochs earlier said he “won’t breathe a sigh of relief” until James Webb is operational after 180 days.

The James Webb project began in 1989 and was due to launch two decades ago before a series of problems saw its original budget triple and delays kick in.

This marked the 14th launch for Arianespace in 2021, and the fifth for the rocket.

Total votes: 8718
The voting for this poll has ended