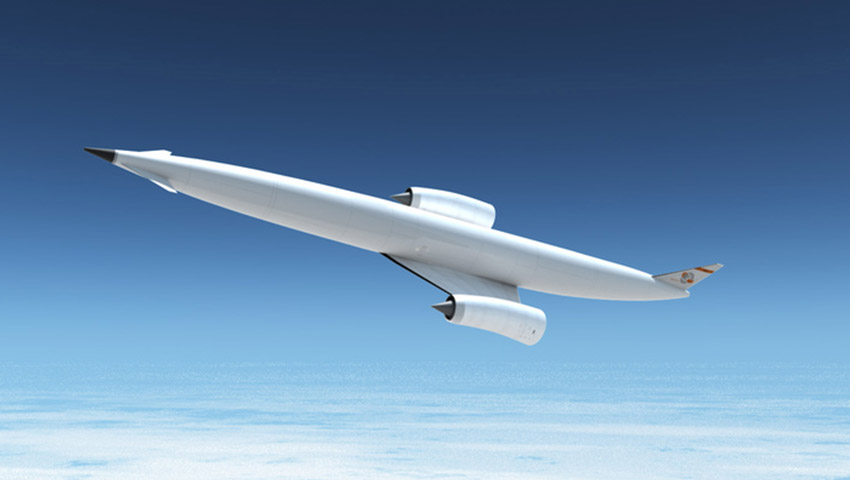 The dream of flying from Australia to the UK in well under a day is little closer, with a British on a path towards perfecting what it calls the Synergetic Air Breathing Rocket Engine (SABRE).

All this is achieved in the one engine. The efficiency comes from the engine breathing air while in the atmosphere and the high speed achieved outside the atmosphere.

The precooler is needed to reduce the temperature of atmospheric gases before they enter the actual engine. That’s similar concept to an automotive intercooler, used to cool air entering a turbocharged engine to enhance efficiency.

Reaction said in a media statement their recent tests proved that the precooler can cool gases from over 1,000 degrees to ambient temperature in less than a 20th of a second.

Reaction said Sabre will enable the introduction of hypersonic air vehicles with the potential for lower cost launch of satellites.

The company’s head of future programs, Robert Bond, said this was no longer a research project.

"It’s a development program with an engine in the first stages of demonstration. But like all high technology endeavours, there remains a strong research element – in the materials, fluid flow and combustion," he said.

The successful test produced immediate media conjecture about aircraft flying from London to New York in less than an hour or Australia to the UK in four hours.

That’s far, far faster than the now retired supersonic Concorde, which could fly London to New York at Mach 2 in a bit over three hours.

However, that’s not happening any time soon and could be decades away. Reaction has yet to perfect its engine but it has conducted considerable design work on what it calls the Skylon aircraft.

There are number of programs around the world to develop engines capable of powering high speed flight inside and outside the atmosphere.

That includes HIFiRE (Hypersonic International Flight Research and Experimentation), a joint program of the US Defense Department and the Australian Defence Science and Technology Group.

Reaction’s technology was promising enough for the UK government and BAE Systems to invest in further development.