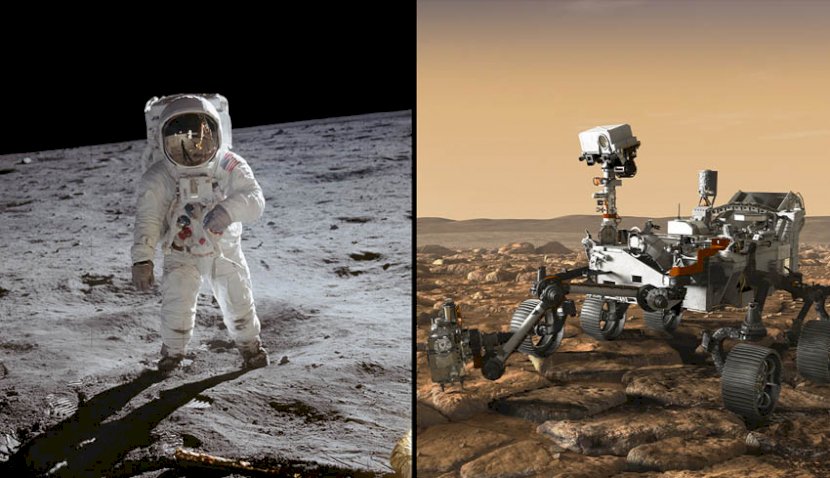 Humanity’s exploration of the moon shed new light on the creation of the solar system, with samples brought back from the moon now playing an integral part in the development of instruments for the Mars missions. 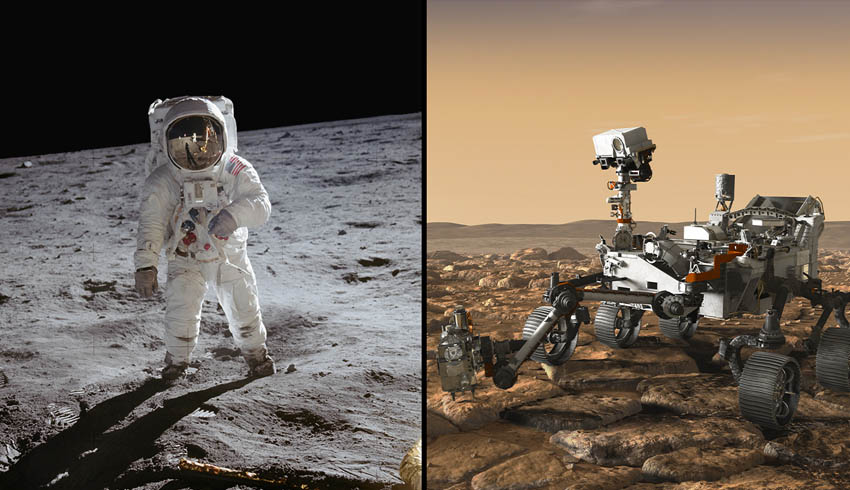 On 24 July 1969, Apollo 11 command module Columbia splashed down in the Pacific, fulfilling President Kennedy's goal to land a man on the moon and return him safely to Earth. Among the mission's many firsts was the acquisition and return of the first samples from another celestial body.

Findings based on the 47 pounds (21.5 kilograms) of lunar rock and soil rewrote the textbooks on both the moon and solar system, and the samples are still being studied today by researchers using new and more sensitive instruments.

With its launch window opening on 17 July 2020 - less than a year from today - NASA's Mars 2020 rover will mark another first: The rover will not only seek signs of ancient habitable conditions and past microbial life but will collect rock and soil samples, storing them on the planet's surface for a future mission to retrieve.

The 2020 rover will land at Jezero Crater on 18 February 2021, equipped with a system to cache science samples in tubes that will be delivered to a safe drop-off site. Two subsequent missions, currently in the concept stage, would be needed to bring the Mars 2020 samples home.

One mission would land a rocket (the Mars Ascent Vehicle) and a spacecraft carrying a rover about the size of NASA's Opportunity Mars rover at Jezero Crater. The rover would gather the cached samples and carry them back to the ascent vehicle, which would then launch the samples into Mars orbit. The other mission (which would already be in orbit around Mars when the ascent vehicle launches) would rendezvous with and capture the orbiting samples, before returning them to Earth.

"Today, we are standing on the shoulders of Apollo, preparing for the launch of the initial step in humanity's first round-trip and sample return from another planet - Mars," Zurbuchen said.

While the significance of being part of the first step in a sample return mission from another planet is not lost on anyone involved with Mars 2020, it has a special significance to John McNamee, Mars 2020 project manager at NASA's Jet Propulsion Laboratory (JPL) in Pasadena, California.

"I was at the Cape and saw the launch of Apollo 11. I remember the sense of awe and pride I felt watching that Saturn V majestically rise from the pad. I knew I was watching exploration history. To be a part of a team determined to do their part to bring back samples from another planet gives me that same feeling," McNamee said.

JPL is building and will manage the operations of the Mars 2020 rover for the NASA Science Mission Directorate at the agency's headquarters in Washington. NASA will use Mars 2020 and other missions, including to the moon, to prepare for human exploration of the Red Planet. The agency plans to establish a sustained human presence on and around the moon through NASA's Artemis lunar exploration plans.