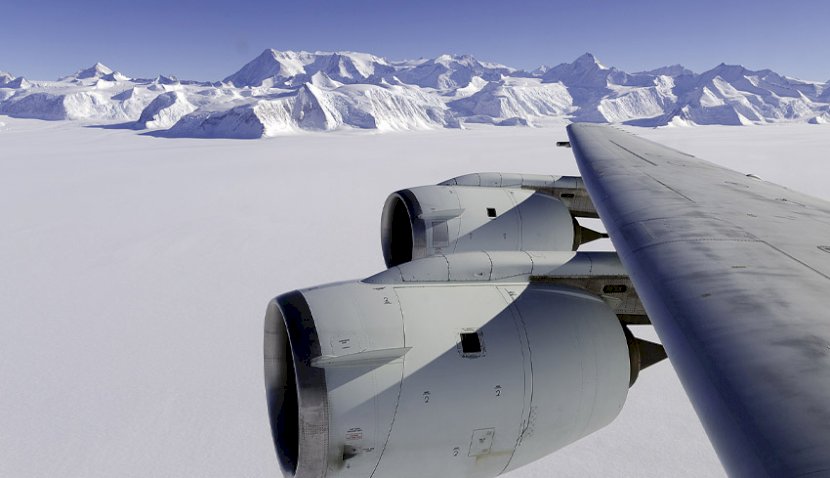 Beyond missions to the moon and exploration of the solar system, NASA also conducts Earth-bound research, and this week its Operation IceBridge to survey Antarctic ice takes off from Hobart.

Operation IceBridge has been running for a decade is the largest survey of Earth’s changing ice ever undertaken, combining data from satellites, aircraft and ground teams to create a more complete picture of the state of the polar regions.

This segment involves mapping the ice sheet and sea ice of East Antarctica from an instrumented Gulfstream V aircraft which flies at low level over the ice.

The aircraft also carries radar sounders, temperature sensors, a gravimeter and multiple cameras to survey a range of snow and ice properties.

“The primary aim of our research is to collect the data needed to improve projections of future sea level change caused by a changing climate and making more accurate forecasts of annual sea ice extent,” she said.

Dr Petra Heil, sea ice physicist with the Australian Antarctic Division, is organising a team at Casey research station, including two NASA scientists, to work in parallel with the flights as well as NASA’s ICESat-2 satellite.

The ground team will move along the same travel path of the aircraft and the polar-orbiting satellite, collecting ice cores and measuring snow cover to ‘ground truth’ what is recorded from above.

“With NASA’s Operation IceBridge flying for more than a month and our ground team on the ice at the same time, in terms of fieldwork this is the biggest coup we’ve had in our research for a while,” she said.

“Just as Hobart is the premier gateway to East Antarctica, the Australian Antarctic Program is a leading scientific and logistical partner for polar research,” he said.

The first of 10 flights departed Hobart this week for the ice runway at Wilkins Aerodrome, near Casey.

“This summer, we are undertaking five sea voyages to our three continental stations and Macquarie Island. The first voyage of the season leaves later this week on Friday, 25 October,” Ellis said.

Around 550 expeditioners will travel south as part of the Australian Antarctic Program in 2019-20.

NASAs IceBridge program is so named as it aims to bridge the gap in polar observations made by its orbiting ICESat (Ice, Cloud and Land Elevation Satellite).
ICESat-1 was launched in 2003 and decommissioned in 2010. Its successor ICESat-2 was launched last year.