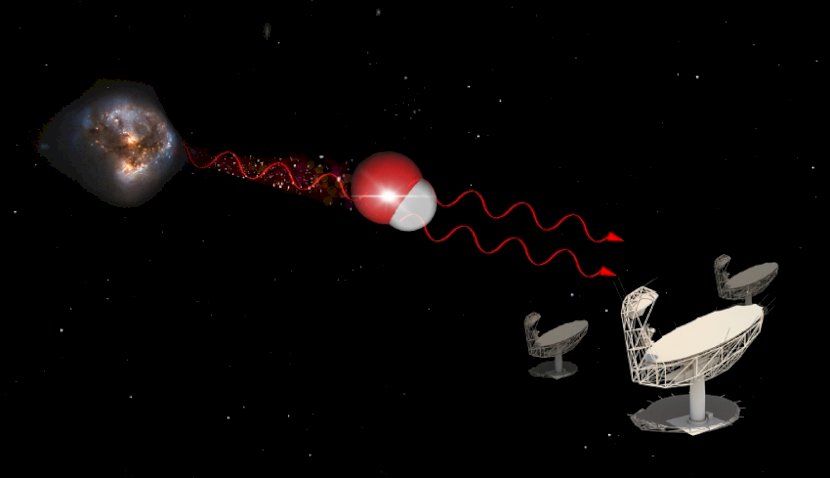 An Australian-based astronomer has discovered the most distant megamaser of its kind ever recorded. 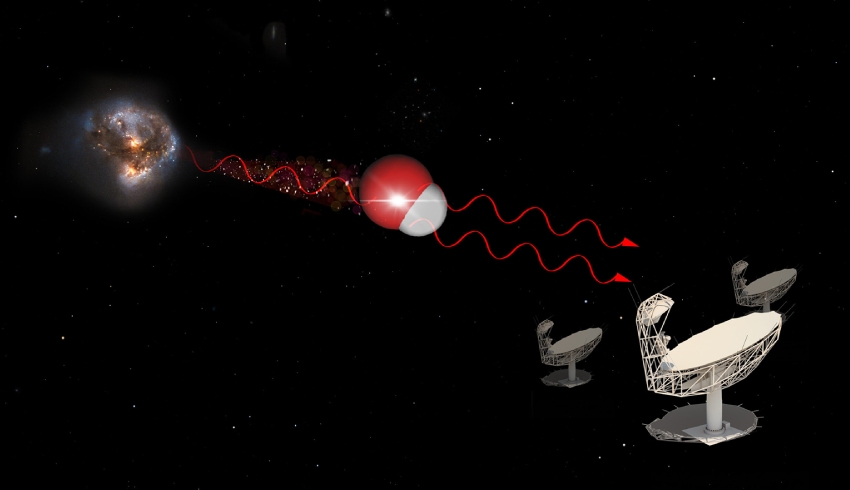 Detected by the South African MeerKAT telescope, the megamaser is about five billion light years away from Earth and was found on the first night of a survey involving over 3,000 hours of observations.

According to Curtin University’s Dr Marcin Glowacki who led the discovery, a megamaser is created when two galaxies “violently collide” in the universe.

“When galaxies collide, the gas they contain becomes extremely dense and can trigger concentrated beams of light to shoot out,” Dr Glowacki said.

Glowacki is currently part of Curtin’s International Centre for Radio Astronomy Research (ICRAR), but previously worked at the Inter-University Institute for Data Intensive Astronomy and the University of the Western Cape in South Africa.

Megamasers are roughly 100 million times brighter than masers found in galaxies like the Milky Way, according to NASA.

The light from the megamaser has travelled 58 thousand billion billion – 58 followed by 21 zeros – kilometres to Earth, according to ICRAR.

“This is the first hydroxyl megamaser to be observed by MeerKAT and the most distant seen by any telescope to date,” Dr Glowacki said.

NASA and the European Space Agency’s Hubble Space Telescope detected a megamaser in late 2016, which is located 370 million light years away from Earth.

The megamaser’s core was found to be made up of two separate cores in the process of merging, each sitting over 11,000 light years apart.

MeerKAT is an instrument for the Square Kilometer Array, an international project funded by 13 nations and consisting of thousands of antennas across the world, with central cores of operation in South Africa and Australia.

“It’s impressive that, with just a single night of observations, we’ve already found a record-breaking megamaser. It shows just how good the telescope is,” Dr Glowacki said.

“We have follow-up observations of the megamaser planned and hope to make many more discoveries.”

The survey team is using MeerKAT to witness “narrow regions of the sky extremely deep” to measure atomic hydrogen in galaxies, which will help astronomers better understand how the universe has evolved over time.