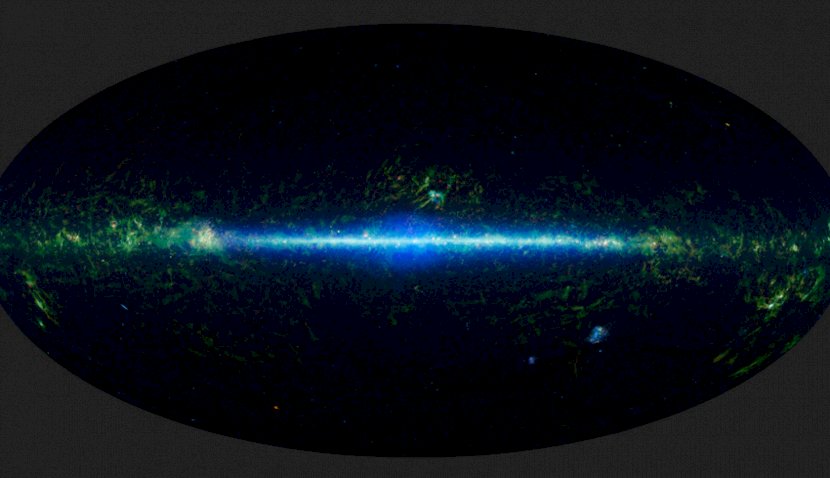 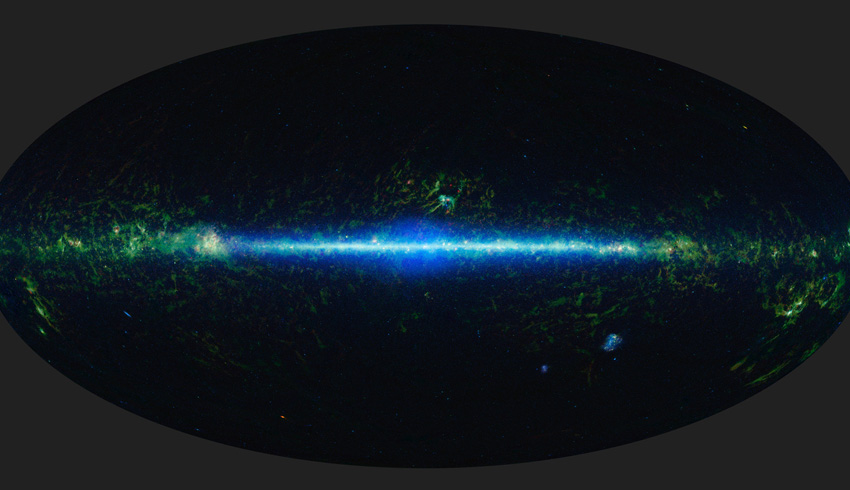 The mission of WISE is to study galaxies, stars, asteroids and comets by imaging the entire sky in infrared light.

WISE was placed in hibernation in February 2011 after completing its primary astrophysics mission, but in late 2013, the spacecraft was reactivated, renamed NEOWISE and assigned a second mission dedicated to identifying and characterising the population of near-Earth objects while also providing information about the size and composition of more distant asteroids and comets.

Over the last decade, data from WISE and NEOWISE has been cited in more than 3,000 peer-reviewed publications and been used to study distant galaxies, cool stars, exploding white dwarfs, outgassing comets, near-Earth asteroids and everything in between.

The fundamental objective of the WISE mission was to map the entire sky in infrared light with hundreds to hundreds of thousands of times greater sensitivity than previous surveys. WISE completed this objective in 2010.

Trojan asteroids share an orbit with a planet, orbiting the sun ahead of or behind the planet. While Trojan asteroids associated with Jupiter, Neptune and Mars are known, NEOWISE discovered the first (and so far only) Trojan asteroid in Earth's orbit, known as 2010 TK7.

In this artist's conception, the asteroid is shown in gray and its orbit, which oscillates above and below Earth's every four centuries, is shown in green. Earth's orbit around the sun is indicated by blue dots.

Located about 6,000 light-years from Earth, the Heart (right) and Soul (left) nebulas compose a vast star-forming complex that makes up part of the Perseus spiral arm of our Milky Way.

The Perseus arm lies farther from the centre of the Milky Way than the sun. The nebulas are marked by giant bubbles that were blown into surrounding dust by radiation and winds from stars less than a few million years old – youngsters in comparison with the sun, which is nearly 5 billion years old.

At 2.5 million light years away, the Andromeda galaxy is the closest spiral galaxy to our Milky Way; in fact, it will collide with ours billions of years from now. This WISE mosaic covers an area equivalent to more than 100 full moons, or five degrees across on the sky.

Although the Andromeda galaxy is bigger, the Large Magellanic Cloud, a satellite galaxy of our Milky Way, is closer: "only" 160,000 light-years from Earth.

This makes it appear larger than Andromeda on the sky, and it is easy to spot in the all-sky image at about 4 o'clock, halfway out from the galactic centre. The central blue bar is light from older stars.

An oddly square outline encompasses the orange clouds outside this bar, which are regions of dust and gas illuminated by younger stars.

Peering more than 10 billion light years into the distance, WISE has found tens of millions of actively feeding supermassive black holes across the full sky.

The orange circles highlight those that the telescope identified in a small patch of sky; the two zoomed-in images came from the Hubble Space Telescope.

WISE easily sees these monsters because their powerful, accreting black holes warm the dust, causing it to glow in infrared light.

The blue circles indicate black holes that were detected using visible-light imagers. In most, that light is blocked by dust.

The most luminous galaxy confirmed – discovered by WISE and known by its catalog number, WISE J224607.55-052634.9 - radiates with 350 trillion times the luminosity of the sun.

As illustrated in this artist's conception based on subsequent observations using the Atacama Large Millimeter/submillimeter Array in Chile, trails of dust are being pulled from three smaller galaxies into this blazing powerhouse.

It appears to be cannibalising its smaller neighbors, which is likely contributing to its superlative brightness. WISE discovered this galaxy as part of a rare population of objects that appear only in its longest wavelength bands.