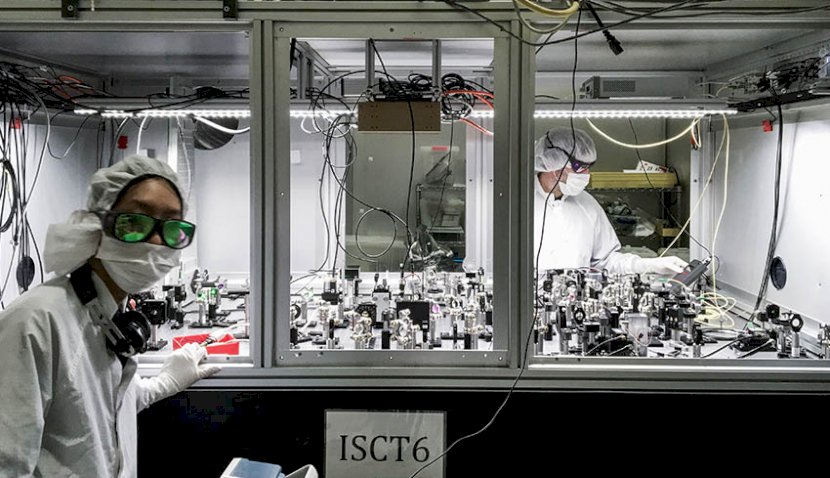 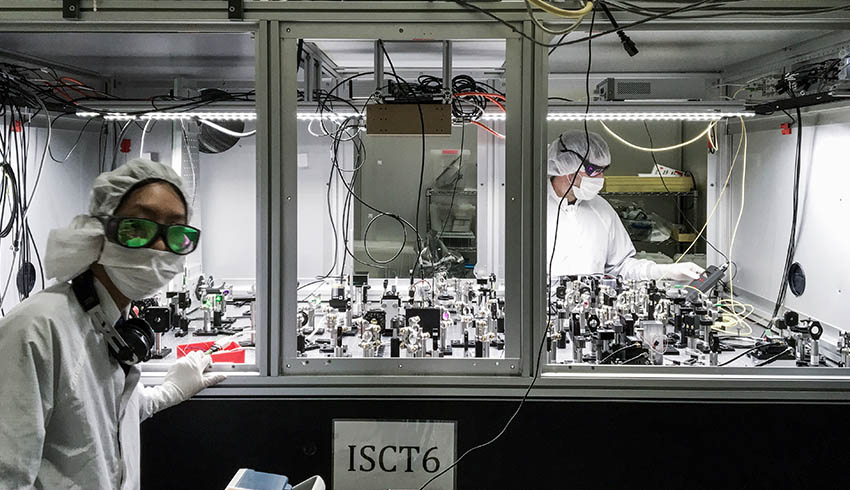 These gravitational wave detectors are the most precise measurement devices ever built, and this result shows that they are now poised to see the effects of quantum physics, which governs the smallest objects in the universe, on human-sized objects.

Every measurement involves a disturbance of the thing being measured: survey questions must be carefully designed to avoid biasing the respondent; anthropologists cannot help but influence the societies they study; a thermometer placed in your coffee will ever so slightly cool it down.

In physics, the laws of quantum mechanics, which govern the very small, dictate that simply trying to determine the position of an object will necessarily disturb it. Physicists have a name for this effect (which is a result of the well known Heisenberg Uncertainty Principle).

It is called the Standard Quantum Limit, and it describes the limit of our ability to measure the position of an object before the disturbance from the measurement devices overwhelmingly disturbs the thing being measured.

This limit is a consequence of quantum physics, and the spookiness of quantum physics needs to be used to get around it. Now scientists have demonstrated that they can actually do better than this “standard” limit in gravitational wave detectors by using a special quantum engineered quantum vacuum known as “squeezed light”.

Dr McRae, an OzGrav researcher at ANU, explained, "This result definitively shows that quantum mechanics applies to the large scale world of multi-kilogram objects and not just to atoms molecules and small microgram scale objects. This ability to make more precise measurements of natural phenomenon has historically been one of the driving forces for technological innovation"

What is squeezed light? The universe on its small scales is fuzzy. Even empty space is not really empty but rather “bumpy and seething” due to minute energy fluctuations arising from quantum physics — this is called quantum vacuum noise.

Light travelling on the bumpy path gets disturbed by the vacuum noise. Squeezed light is a technology that allows us to manipulate this vacuum in a way that makes photons travel through a less bumpy vacuum, and dampens quantum noise to help make measurements more precise.

Kijbunchoo, one of the lead authors of the paper, said, “This is yet another result of a strong collaborative effort. ANU made a valuable contribution to the development, installation, and commission of the squeezed light apparatus at the LIGO observatories, which eventually led to this groundbreaking result.”

This bumpy and seething quantum vacuum doesn’t only affect light — it actually buffets everything, including humans and cats, but it is so weak that it has long been considered only important, or even measurable, for the smallest things in the universe such as subatomic particles.

The breakthrough reported today will finally enable scientists to improve the measurement precision beyond the standard quantum limit for some objects that are not so small after all: the 40 kilogram test masses in the LIGO gravitational wave detectors.

This leaves many open questions. For example “will we see quantum quirkiness in the human scale world some time soon? Like tunneling through impossible barriers or entanglement where 2 object separated by vast distances act like one object?” said Dr Carl Blair, physicist from UWA.

Furthermore, the use of these techniques has extended the detectors’ range by 15 per cent and when observing, LIGO and Virgo now see events almost every week.

Dr Xu Chen, also from UWA, added, “OzGrav and their collaborators have smashed through the quantum noise barrier of gravitational-wave detectors. At UWA, we are studying to improve the sensitivity with a white-light cavity at higher frequencies where we can see more binary neutron stars colliding.”