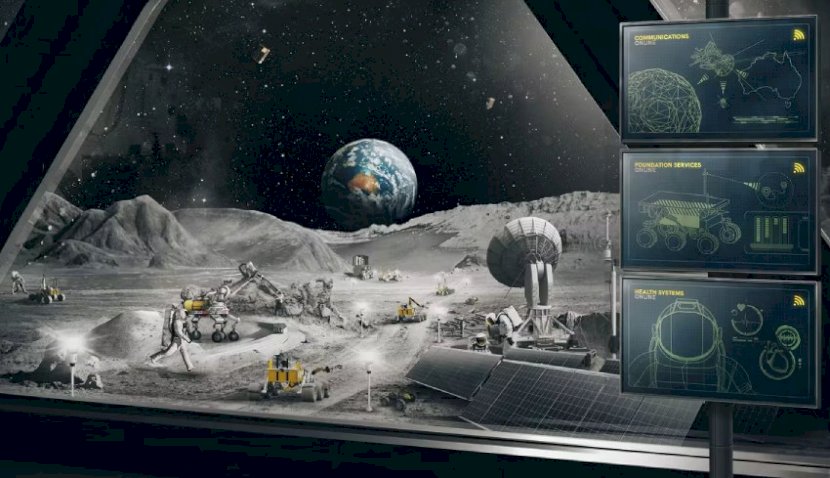 Originally published on The Conversation, Phil Bland, director of Space Science and Technology Centre at Curtin University, discusses the lack of funding into basic research in Australia’s space industry, and how this important tool can drive greater benefits for the wider economy. 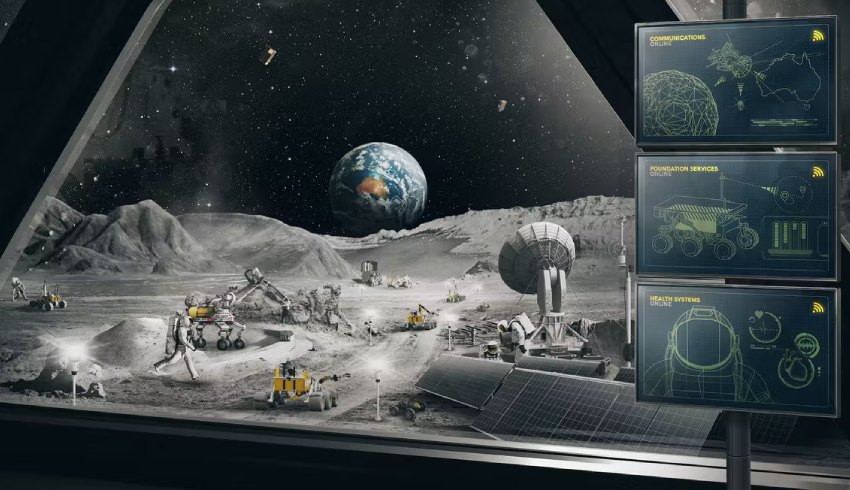 In the past few years, Australia has formed its own space agency and launched a defence “space command”. Billions of dollars for defence and hundreds of millions for civilian space have been allocated from the public purse to develop capability in this growing sector.

This funding covers the Moon-to-Mars Program, the SmartSat Cooperative Research Centre, the Modern Manufacturing Initiative, opportunities in defence, various state-funded projects such as SA-SAT and more.

This level of investment is unquestionably a good thing. But the great majority of it supports applied research and engineering and commercialisation of outcomes. None of the new funding goes to basic research.

In the United States, Canada, United Kingdom, France, Germany, Italy, India, South Korea, China, Russia, and the United Arab Emirates – to name a few – basic research in space and planetary science and science missions, are key elements in strategies to grow their sectors. In Australia, this kind of fundamental work only gets around $2 million a year. It hasn’t budged in a decade.

Why basic research is important

Basic research aims to expand knowledge. It’s the most successful mechanism humans have ever invented for generating new knowledge.

Every other major spacefaring nation funds basic research in space and planetary science from the public purse. They do it for a good reason, and it’s not to make planetary scientists like me happy.

Basic research isn’t an optional extra: it’s a crucial catalyst for everything else.

In other nations, scientists like me come up with an idea or hypothesis. Something big and exciting about how we think our Solar System works.

To test that hypothesis, we develop a space mission with engineers from both industry and academia. Because the universe defines the problem, not a human, that team is continually presented with unique challenges, requiring completely new technical solutions.

As a happy byproduct, this process creates an environment that is almost perfectly optimised for technology breakthroughs. I learned this lesson on the very first mission I was on: the UK’s Beagle 2 Mars lander.

The mission didn’t succeed. We didn’t get to sniff for trace methane on Mars. But the technology turned out to be a great way to detect early-onset tuberculosis.

And exploring the Solar System to make fundamental new discoveries is a great way to inspire young engineers and scientists. So, you inspire your public, you get students interested in STEM careers, and in the long term you get your highly trained workforce of the future.

I see this all the time. It’s one of the joys of my job.

Our space program at Curtin University is called Binar, from the Nyungar word for “fireball”.

We flew our first satellite, Binar-1, last year. We’ll be flying another six over the coming 18 months. Our eventual goal is a lunar orbiter.

At any one time, around 60 undergraduate engineers are involved in Binar. Last week, dozens of high school students visited us. WA government is supporting a program that will see them flying experiments on Binar spacecraft from next year. That’s what inspiration looks like.

And yes, a collateral benefit is that you make planetary scientists happy. But their discoveries win you credibility and visibility on the world stage, so that’s not a bad thing either.

Our work on the geophysical evolution of the dwarf planet Ceres, based on Dawn Mission data, is one example.

In Australia, basic research is formally excluded from the new funding schemes (for example, the Moon-to-Mars Demonstrator Mission scheme states “STEM, scientific or research projects without a clear commercialisation pathway” are ineligible activities). So no science missions.

That exclusion, and the lack of funding, means that planetary science is no longer seen as a strategic area by universities. As a result, it has been one of the first areas to be cut as belts have been tightened because of COVID.

Colleagues at the Australian National University and Macquarie University have lost their jobs. In fact, our team at Curtin University is the only substantial group left in Australia.

Not a zero-sum game

The Australian model is consistent with a belief that each dollar you spend on science is a dollar less for industry. Is this the case?

NASA doesn’t think so. Its model is built around basic research and science missions.

A recent NASA-commissioned study found this model was extremely successful at generating benefits for the wider economy. Over a single year, every dollar spent on the agency generated around US$3 in total US economic output. Over longer timescales, the return is even higher.

Other agencies, large and small, can demonstrate a similar return on investment with science-based models. Each ₤1 the UK Space Agency invests in space science and innovation yields ₤3-4 in direct value to the space industry and additional spillover impacts of ₤6-12.

No other major spacefaring nation has implemented a strategy that formally excludes basic research. It follows that Australia is engaged in a unique experiment to see whether growth of our space sector is optimised by minimising our ability to generate new knowledge.

With hundreds of millions in new funding for civilian space, and billions for defence, our space sector can’t help but grow. The question is whether that investment is efficiently generating growth. Will our taxpayers see the same return on their investment as taxpayers in those other nations if we delete science?

Overseas space agencies can point to an economic return of three to 12 times the original investment. Can our space agency do better with a model that formally excludes basic research and science missions?

I don’t know the answer. Unfortunately, no one does, because there are no examples or studies to draw on.

My hunch is that this novel strategy is not optimal. Hedging our bets – learning from the strategies of other nations – wouldn’t cost much.

It would mean looking again at that $2 million of annual funding for basic research. Engaging scientists in how research programs are defined. Possibly even the odd science mission. Doesn’t seem like a lot if it buys you peace of mind.