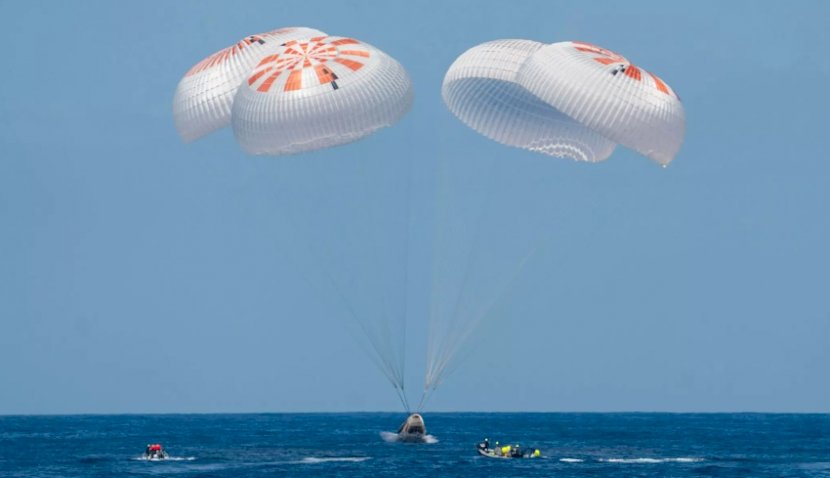 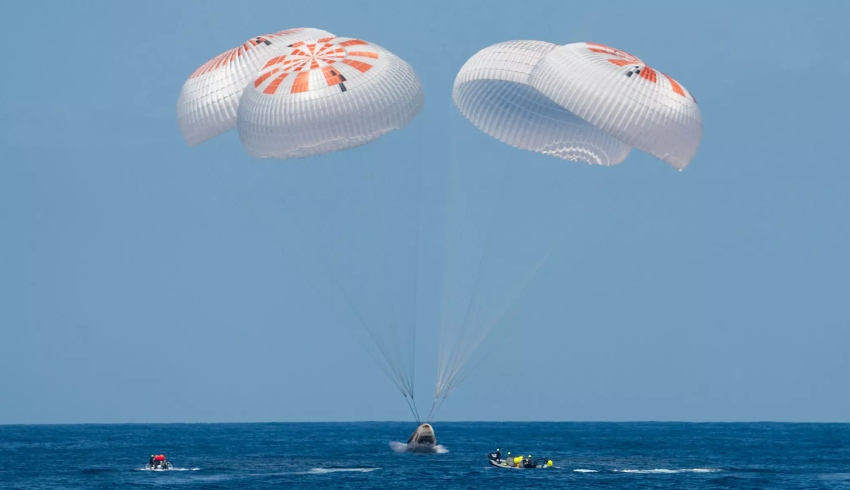 After 17 days in space – 15 on the ISS – astronauts Michael López-Alegría, Larry Connor, Eytan Stibbe and Mark Pathy undocked from the station at 9:10pm EDT on Sunday, 24 April.

Roughly 16 hours later, the SpaceX Dragon Endeavour spacecraft splashed down in the Atlantic Ocean off the coast of Florida.

Houston-based Axiom Space was chosen in May last year to deliver the first all-private mission to the ISS, focused on returning critical data about human research, physical sciences, technology demonstrations and microgravity research in their time on the station.

Michael Suffredini, president and CEO of Axiom said the Ax-1 mission “set the standard for future private spaceflight” in a statement released on Monday.

“The Ax-1 mission is a pathfinder, showing the value of this new method of access to orbit and progress toward Axiom Station, a next generation platform in which the benefits and products of life, work and research in space will be available to a greater number of people.”

Upon their return, a SpaceX mission communicator said: “On behalf of the entire SpaceX team, welcome back to planet Earth.”

During the crew’s time on the ISS, they flew approximately 6.3 million miles, and completed 240 orbits of Earth.

The crew studied self-assembling technology for future space habitats, devices that purify the air on space stations, and “served as research subjects” to study the impacts of microgravity on the human body, according to Axiom.

Following the splashdown, the astronauts’ experiments will be studied immediately, as the effects of microgravity are still “largely intact” hours after returning. This is one reason why the Kennedy Space Center is close to the coast, according to NASA.

“This mission pushed the boundaries further and beyond and opened the door to a future that allows access to space for a much broader and more international audience,” said López-Alegría, who was the AX-1 mission commander.

“Going to Space is an amazing adventure, but more than anything else, it offers perspective in the most literal sense. You see the world differently and come home with a new frame of reference – a new way of looking at the world.”

While other “tourists” have visited the ISS, such as the Inspiration4 crew last September, this launch is the first of its kind, as no government astronauts commanded the crew, unlike previous paid missions, Space.com noted.

However, mission commander López-Alegría has disputed the labels of the crew as “space tourists”, as they underwent strenuous training and preparation before launching.

The astronauts docked with the ISS on Saturday, 9 April, and were set to return last Tuesday, but faced multiple delays plagued by unfavorable weather conditions.

Ax-1 marked the first of many Axiom missions to the ISS, as the company was chosen in January last year by NASA to begin building private modules in late 2024 on the station to eventually detach and become a free-flying station for commercial use.