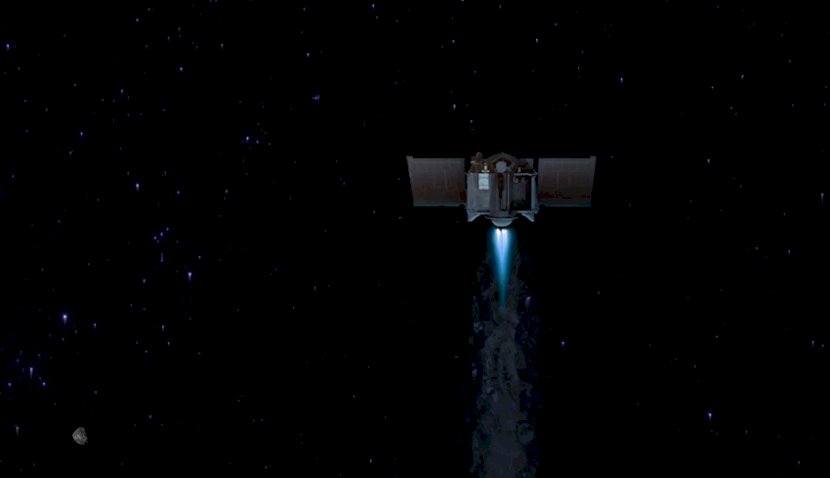 The space agency’s OSIRIS-REX is set to begin its journey back to Earth after collecting samples from asteroid Bennu. 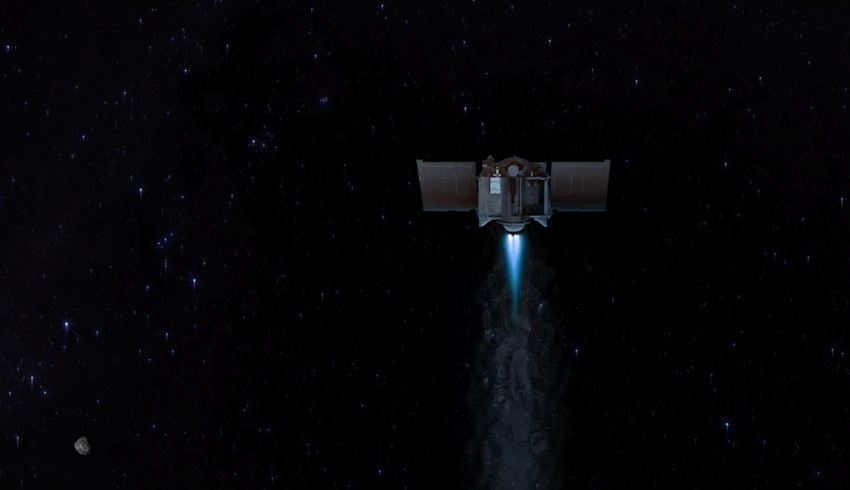 NASA has announced that its Origins, Spectral Interpretation, Resource Identification, Security, Regolith Explorer (OSIRIS-REx) spacecraft is set to depart asteroid Bennu on 10 May to begin and begin its journey back to Earth.

According to the space agency, OSIRIS-REx collected a “substantial amount of material” from Bennu’s surface, potentially exceeding the mission’s requirement of 60 grams.

The samples, however, are not expected to be delivered to Earth until 24 September 2023.

“Leaving Bennu’s vicinity in May puts us in the ‘sweet spot’, when the departure manoeuvre will consume the least amount of the spacecraft’s onboard fuel,” Michael Moreau, OSIRIS-REx deputy project manager at NASA’s Goddard Space Flight Center, said.

NASA added that the May departure would also provide the OSIRIS-REx team with the opportunity to plan a final spacecraft fly-by of Bennu, which was not part of the original mission schedule.

The team is assessing the feasibility of a final observation of the asteroid in a bid to understand how the spacecraft’s contact with Bennu’s surface altered the sample site.

If deemed feasible by the team, the fly-by will take place in early April and would observe the sample site, named Nightingale, from a distance of approximately 3.2 kilometres.

NASA noted that Bennu’s surface was “considerably disturbed” after the Touch-and-Go (TAG) sample collection event, with the collector head sinking 48.8 centimetres into the asteroid’s surface.

The spacecraft’s thrusters also disturbed the surface material during the back-away burn.

The OSIRIS-REx mission is planning a single fly-by, resembling one of the observation sequences conducted during the mission’s ‘Detailed Survey’ phase in 2019.

If the fly-by is approved, OSIRIS-REx would image Bennu for a full rotation to obtain high-resolution images of the asteroid’s northern and southern hemispheres and equatorial region.

The team would then compare the new images with previous high-resolution imagery of Bennu obtained during 2019.

"We're really excited the mission is planning one more observation fly-by of asteroid Bennu to provide new information about how the asteroid responded to TAG and to render a proper farewell.”

“It is possible dust coated the instruments during the sample collection event and the mission wants to evaluate the status of each,” NASA noted.

“Understanding the health of the instruments is also part of the team’s assessment of possible extended mission opportunities after the sample is delivered to Earth.”

Once recovered, NASA is expected to distribute samples collected from the mission to laboratories around the world.