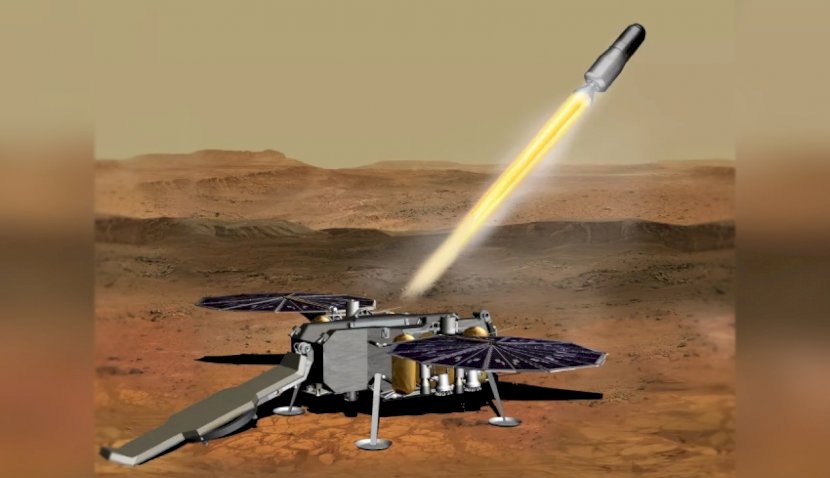 NASA’s Mars Perseverance rover won’t return samples from the Red Planet until a few years after originally planned, according to the agency’s latest budget request. 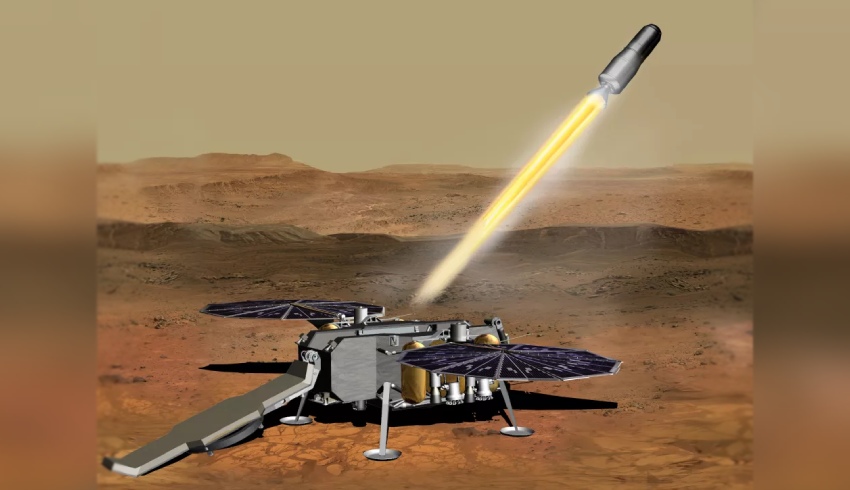 The news comes as Perseverance also just completed its first science campaign on the Jezero Crater and is preparing for its next mission on the Martian land.

The Mars Sample Return (MSR) program will see the first ever rocket launch from Mars and return samples collected by Perseverance back to Earth.

A Sample Retrieval Lander (SRL) will carry MAV to Mars, landing near or in the Jezero Crater – where Perseverance has primarily scouted – to gather the samples cached by the rover.

Once the MSR mission is underway, the samples will be returned to the lander in a container, which will serve as the launch booster for the MAV.

When the MAV reaches the Mars orbit, the container will be captured by a European Space Agency (ESA) Earth Return Orbiter spacecraft outfitted with NASA’s Capture, Containment and Return System Payload, and blast back to Earth.

According to the NASA budget request, the agency will need to develop a “dual-lander architecture” that will carry the European built rover, moving the launch date to 2028. It was originally set to launch in 2026.

Pushing it back “is consistent with the Mars Sample Return Independent Review Board’s (IRB) finding that a dual-lander architecture may improve the probability of mission success”, the budget documents revealed.

“The MSR program will return the scientifically selected samples as early as 2033,” the documents continued, delaying the originally expected return date in 2031.

The budget request has allocated US$822 million to the MSR program in the fiscal year of 2023, which is an increase of last year’s US$169 million.

Despite the announced delays over future Mars missions, NASA’s currently operating Perseverance rover has just wrapped up its first science campaign since landing on the Red Planet in July 2020, focused on studying the Jezero Crater floor.

The crater is a 45-kilometre-long stretch of land on Mars located on the Western edge of a flat plain called Isidis Planitia, which is north of the Martian equator.

It was chosen as a landing site for Perseverance as it is believed to have once been flooded with water, home to an ancient river delta.

During its time there, the rover learned the rocks making up the crater floor into two formations were igneous – type of rock solidified from lava or magma – in origin, according to Rachel Kronyak, systems engineer at NASA/JPL.

“All of this hard work has brought our total sample tube tally to 10 following our investigation of the Jezero Crater floor,” Kronyak said.

Up next, the rover will be driving towards its next campaign taking place at the Jezero Crater delta.

“I feel a deep sense of connection to the samples that Perseverance collects in Jezero Crater, and I’m very excited to see what the delta holds for us!” Kronyak added.