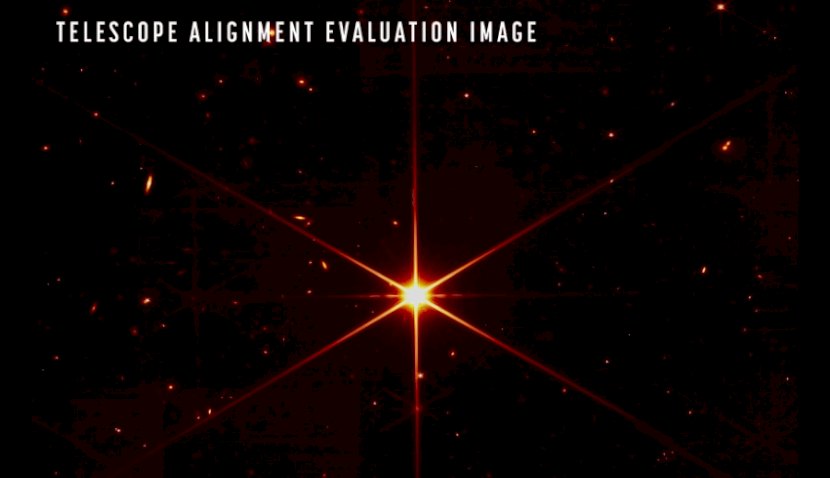 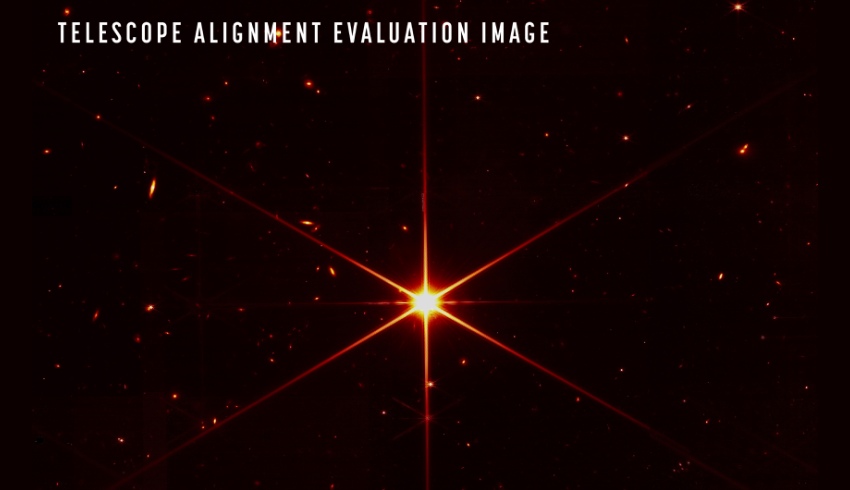 Since its launch on Christmas Day last year, the team has been “fine phasing” Webb’s 18 mirror segments that measure 6.5 metres long to capture the most high-resolution images of the universe.

On 11 March, Webb completed the last stage of its alignment and every optical parameter that has been checked and tested is performing “at, or above, expectations” according to NASA.

The team has also found no critical issues, measurable contamination or blockages in Webb’s optical path.

“The telescope’s performance so far is everything that we dared to hope,” Jane Rigby, Webb operations project scientist said at the news conference on Wednesday.

“The engineering images that we saw today are as sharp and as crisp as the images that Hubble [Space Telescope] can take but are at a wavelength of light that is totally invisible to Hubble. So, this is making the invisible universe snapping into very, very sharp focus.”

The image of the bright star, that the telescope has been locked onto since February, proves Webb’s optics and NIRCam are so sensitive that it also showed galaxies and stars in the background.

According to an interview with Space.com, Randy Kimble, Webb’s project scientist for integration, test and commissioning said that some deep-field images would take Hubble weeks to obtain and would take Webb only hours.

Hubble’s Advanced Camera for Surveys (ACS) has allowed the telescope to take deep field images with extremely sharp image quality since 2004, but its successor is expected to reveal even more than Hubble ever could.

“There's no way that Webb can look for 2,000 seconds at any point in the sky, and not get an incredibly deep field,” Rigby said.

“This is going to be the future from now on. Wherever we look, it’s a deep field. Without even really breaking a sweat, we’re seeing back in time to galaxies that we’re seeing the light as it looked billions of years ago.”

The completion of the mirror alignment comes almost a month after Webb first locked onto its guide star that helped it transform 18 individual images of the star into one.

Assisted by Canadian-made fine guidance sensor (FGS), Webb is able to point precisely to an object – such as a star or anything it can see – and take a high-quality image of it. It works together with the near-infrared imager and slitless spectrograph (NIRISS), which assists Webb in detecting light, exoplanets and more.

The first star was detected in early February by the NIRISS, and now the near-infrared camera has officially aligned with the observatory’s mirrors.

“We have fully aligned and focused the telescope on a star, and the performance is beating specifications. We are excited about what this means for science,” said Ritva Keski-Kuha, deputy optical telescope element manager for Webb at NASA Goddard.

“We now know we have built the right telescope.”

All aspects of optical alignment are set to be complete by May, or even earlier, before moving on to science instrument preparations, according to the American space agency.

James Webb is a US$10 billion collaboration between NASA, the European Space Agency, the Canadian Space Agency and French launch provider Arianespace.