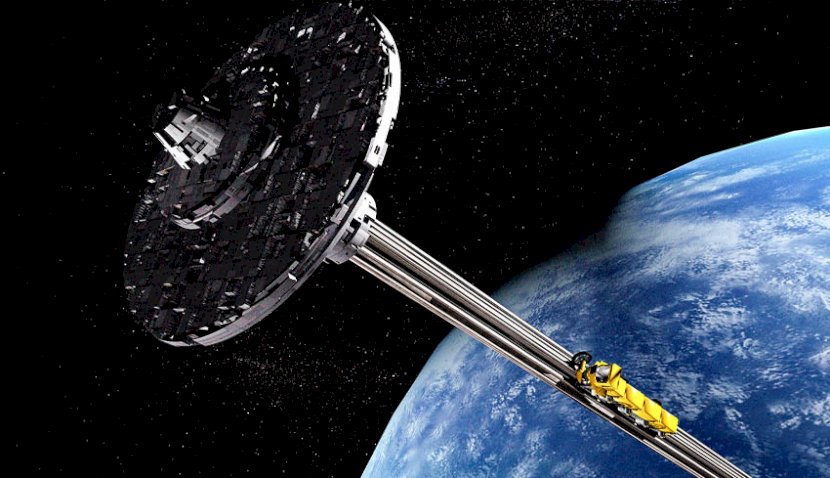 When it comes to space, getting there is a good part of the romance, the blast-off of an enormous rocket that departs with flames, smoke and earth-shaking noise. 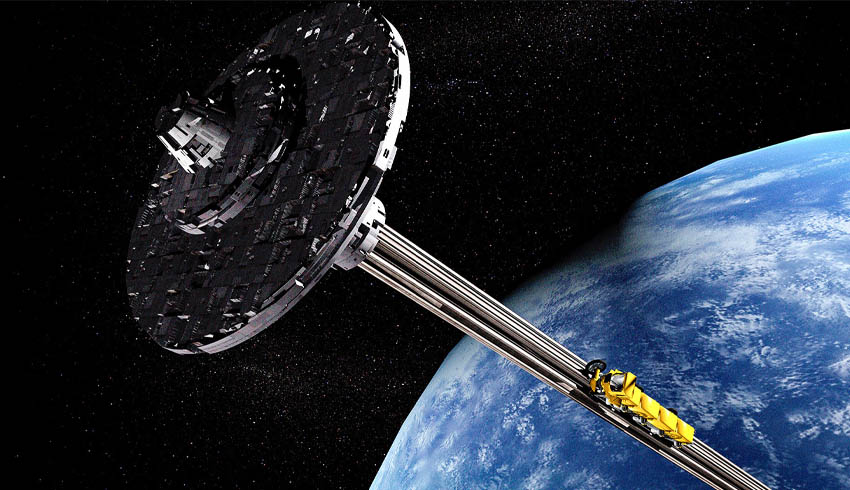 One day that may not be necessary. Getting into space could be as simple as jumping into an elevator, very similar in principle to elevators in buildings the world over.

However, this would be a very long elevator ride – around five days into geostationary orbit.

Space elevators are currently the stuff of science fiction but their theoretical basis long precedes the age of rocketry.

Russian rocket scientist Konstantin Tsiolkovsky (1857-1935) outlined the concept of a tower reaching out to geostationary orbit in a paper published in 1895.

Nowadays the idea is for a tether firmly anchored on Earth extending beyond geostationary orbit – more than 35,000 kilometres – and supported by a counterweight, perhaps a captive asteroid.

The tether remains over the one spot on Earth, remaining in place through centrifugal force.

Up that climbs a climber, carrying passengers and freight. The advantage is that the energy required to reach orbit is expended over days, rather than in the few minutes a rocket needs to overcome the Earth’s gravity.

This would be a very cost-effective means to take freight from the surface into space. Various estimates put the cargo cost at dollars per kilogram, rather than tens of thousands per kilogram of current rocket launches, though that’s coming down.

That would give whoever does it first a dominating position in space.

"The first country to deploy a space elevator will have a 95 per cent cost advantage and could potentially control all space activities," wrote Philip Ragan, co-author of the book Leaving the Planet by Space Elevator.

Because of the vast possible advantages of the space elevator, there’s been a substantial amount of work on the topic.

The US non-profit International Space Elevator Consortium was created to promote the concept and serve as the go-to organisation for everything to do with space elevators.

“The International Space Elevator Consortium promotes the development, construction and operation of a space elevator infrastructure as a revolutionary and efficient way to space for all humanity. ISEC is made up of individuals and organisations from all around the world who share a vision of mankind in space,” it said on its website.

There remain technical challenges. One is creating a tether of sufficient strength. Steel isn’t good enough but diamond nano-threads would appear to offer the necessary high strength and light weight.

Then there’s the risk of collision with space junk where the tether passes through the congested low-Earth orbit sector of space.

Also, the cost would be breathtaking. This would be far and away the world’s largest and most ambitious infrastructure project.

That involved two CubeSats connected with a 10-metre tether and a tiny climber and apparently worked as planned, but showed there’s plenty of work to be done.

Total votes: 8772
The voting for this poll has ended