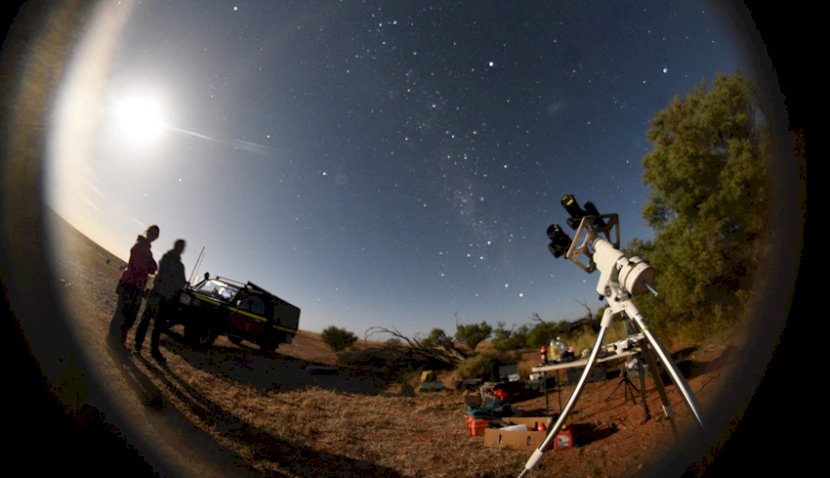 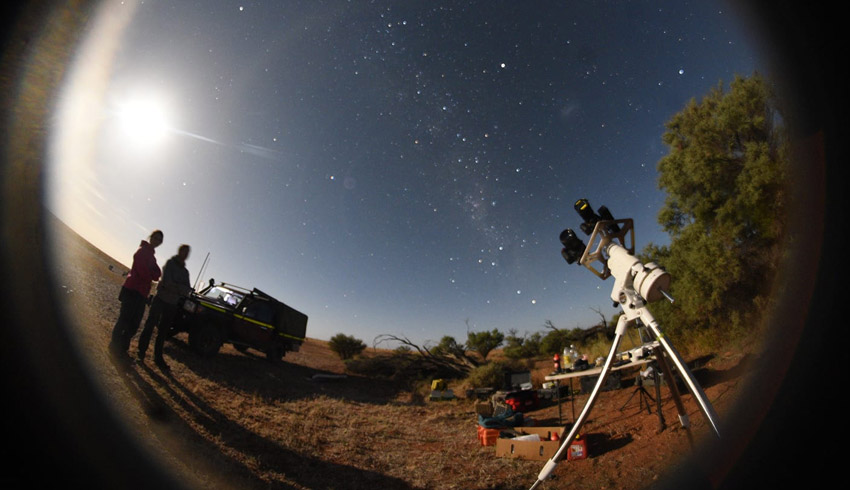 Working under a Department of Defence agreement, the Japan Aerospace Exploration Agency (JAXA) spacecraft Hayabusa2’s capsule, filled with dust and rock samples collected from the asteroid, landed in the Woomera Prohibited Area, South Australia, in the early hours of 6 December.

Curtin University researchers from the Space Science and Technology Centre will now have the opportunity to analyse some of the collected pristine solar system material in the John de Laeter Centre, located at Curtin’s Perth campus.

Dr Eleanor Sansom, planetary scientist and project manager of the DFN, along with colleagues from Kochi University of Technology and their partners at Nihon University and Ibaraki University, deployed a large array of more than 50 instruments to capture the re-entry phenomenon.

“Although our Japanese colleagues were unable to be there with us in person due to COVID-19 restrictions, we were deeply honoured to have been entrusted with the responsibility of helping them achieve their science goals,” Dr Sansom said.

“The DFN currently has cameras stationed all the way across Australia taking pictures of bright shooting stars, or fireballs, which help us to predict where meteorites have landed on Earth, and then we go out and try to find them.

“On this occasion, we were not watching a meteorite fall to Earth, but instead a capsule being dropped from a spacecraft, as it passed by Earth and continued on its scheduled mission.

“My colleague Dr Hadrien Devillepoix and I were stationed in the South Australian outback, eagerly awaiting this special delivery from space. This is only the second time anyone has ever brought back such a special delivery of pristine, untouched material, directly from an asteroid – an exciting and rare event indeed.

The Desert Fireball Network is an inter-disciplinary research group looking to uncover the mysteries surrounding the formation of the solar system through the study of meteorites, fireballs and their pre-Earth orbits.

First established in 2005 as a trial of three remote-operated film cameras to observe meteors falling towards Earth’s surface, the DFN at Curtin University is now a national distributed network of over 50 disruption-tolerant and fully autonomous digital observatories that continually monitor 3 million square kilometres of the night sky – a third of Australian skies – all night, every night.

Together with partners across the world, the DFN is expanding to become a Global Fireball Observatory with stations internationally to observe these phenomena. Recovering meteorites with known orbits helps to address some of the biggest questions in planetary science: how our planetary system came into being, and how dust and gas produced a planet capable of supporting life – our Earth.