Explainer: What is a solar flare? 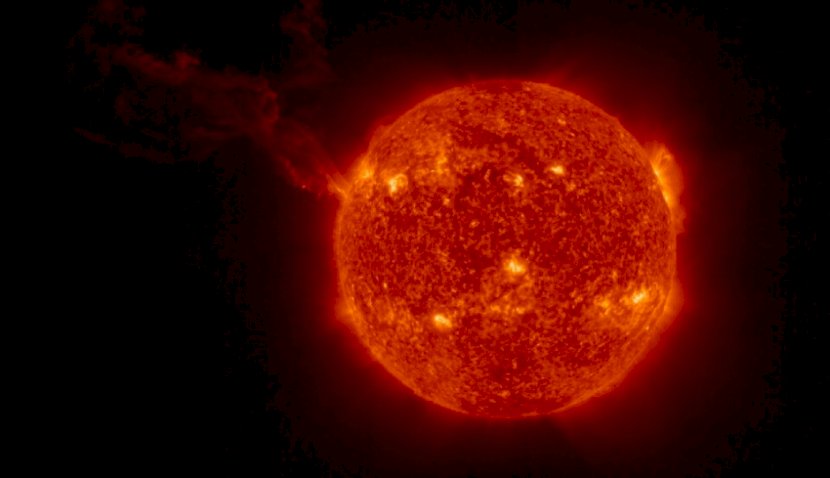 In recent days, the sun’s hyper-activity has already proven to impact Earth’s daily operations, and it is becoming increasingly more important to understand how it works to better predict space weather.

Explainer: What is a solar flare? 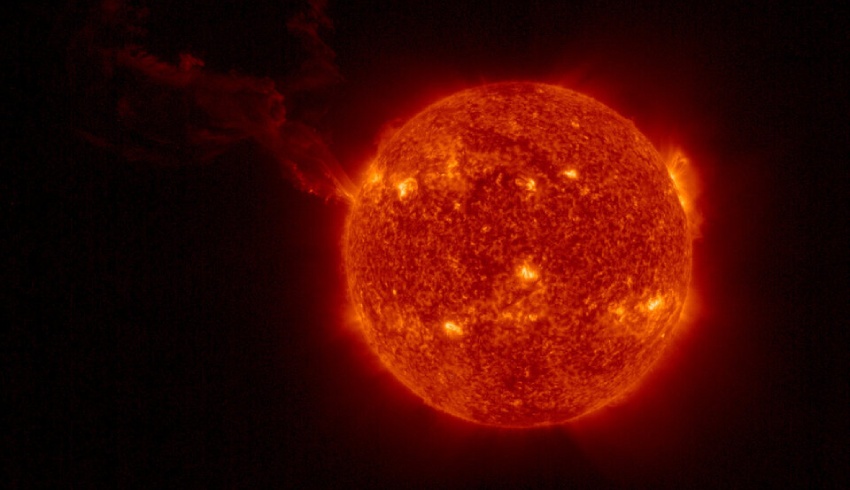 In fact, in early February, a geomagnetic storm hit 38 SpaceX Starlink satellites that had just been launched and were raising orbit, seeing these return to Earth’s atmosphere completely destroyed.

It is more active now due to its 11-year cycle, and with this comes the emergence of sunspots, geomagnetic storms, and the most common space weather spoken about: solar flares.

So, what is a solar flare?

According to NASA, a solar flare is a huge burst of radiation that comes from the sun due to an increase in sunspots.

Sunspots – which are areas on the sun that appear darker – emerge frequently during its cycle and can erupt and send explosions of energy towards Earth, such as solar winds (which are less energetic than flares).

Researchers from Swinburne University say that sunspots are a mere 3,000 degrees Celsius, compared to the average 6,000 degrees surface temperature of the sun.

“These cooler sunspot regions exist because, in certain areas on the sun’s surface, it’s magnetic field inhibits the escape of heat from the interior, trapping the hot gas beneath the surface and producing the relatively cool sunspots,” a university article said.

“The (internal) rotation and thus dynamo which powers the magnetic fields in the sun is ultimately responsible for the solar outbursts.”

The plasma bubbles will not always burst immediately and can stay confined within the local magnetic fields for a time.

“However, the combined effect of the sun’s rotation and internal dynamics often leads to a region of hot plasma bubbling up and breaking free, shooting out vast quantities of high-speed particles as a solar flare.”

Similar to solar flares are coronal mass ejections (CMEs), which are massive bubbles of gas laced with magnetic field lines that are ejected from the sun over the course of several hours, according to the European Space Agency (ESA).

Particularly in February, solar flares have been occurring daily, but have not always caused major disruption to satellites and technology, and this is because there are varied types of these.

X-Class flare: An X-Class flare is the most severe and can trigger radio blackouts for long periods of time around the globe, and long-lasting radiation storms in the upper atmosphere.

Such ones have been the reason for historic global outages, such as the 1989 geomagnetic storm that resulted in a nine-hour blackout in Quebec, Canada.

M-Class flare: This is a medium solar flare and typically causes a brief radio blackout that may only last a few ours in the Earth’s polar regions.

C-Class flare: These happen much more frequently than we notice, and only result in a few disruptions on Earth.

The sun is currently more active due to its 11-year cycle where its magnetic field between the north and south changes polarity – essentially, its inner magnetic dynamo reorganises itself.

The cycle has been known to vary from 8 to 15 years, according to Swinburne, and as previously noted, this causes the emergence of sunspots that generate solar flares.

"The last several years really we've had very little activity, as is the case during solar minimum, but now we're ramping up and ramping up quite fast into the next solar cycle maximum,” Murtagh told Space.com.

Why do we need to know about solar flares?

Rami Qahwaji, a professor of visual computing at the University of Bradford in England said as we continue to utilise space for communications and everyday use, we must strengthen our space weather predictions to understand solar activity and mitigate its effects.

“This task is incredibly challenging, as most solar observations are taken for Earth’s field of view,” he said in an article on The Conversation. “Better modelling and investigation of the evolution of solar features is necessary to accommodate for the drastically different celestial orbits around the sun.”

Announced at World Space Week last year in October, the Bureau of Meteorology said it was opening up a new space weather hub in South Australia.

Minister for the Environment Sussan Ley said it would ensure Australia would be prepared for future space weather events.

“Australians are familiar with the bureau’s weather forecasts, but many would not be aware that it also plays a role in ensuring we are prepared for the effects of events that come from beyond the Earth’s atmosphere,” Ley said.

The bureau monitors and predicts space weather like it does with Earth weather, which can reduce the risks of these impacts.