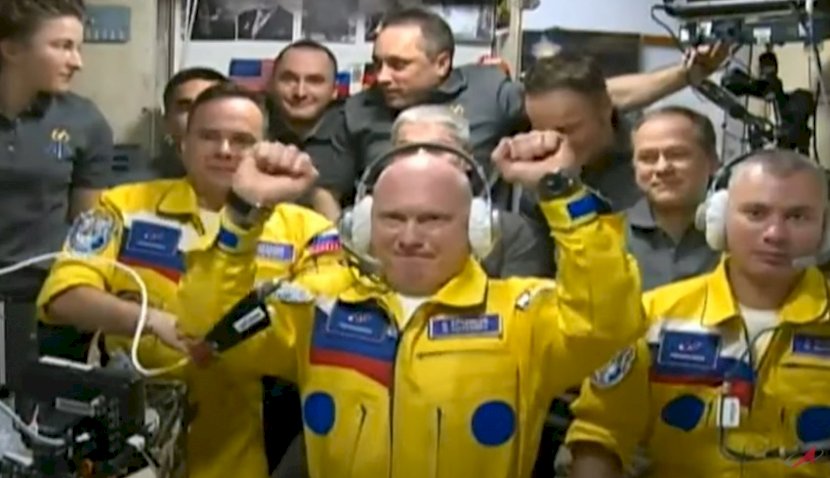 Russia has denied that its cosmonauts who have arrived at the International Space Station were wearing spacesuits with colours supporting Ukraine. 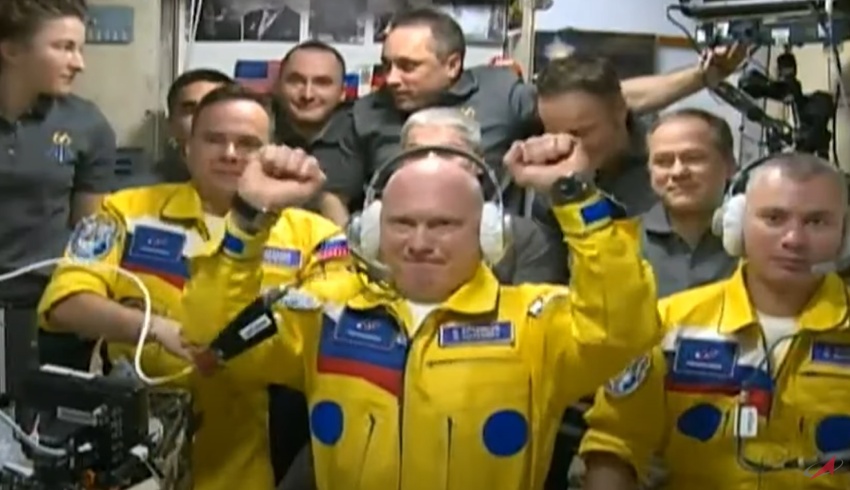 This raised questions about whether the colours showed the cosmonauts were standing in solidarity with Ukraine.

But in a statement on the agency’s telegram channel, Artemyev said: “There is no need to look for any hidden signs or symbols in our uniform. A colour is simply a colour. It is not in any way connected to Ukraine. Otherwise, we would have to recognise its rights to the yellow sun in the blue sky.

“These days, even though we are in space, we are together with our president and our people.”

Later, in a video call with family, Artemyev was asked about the suits, and he said it was the cosmonauts’ turn to choose a colour, and they had “accumulated a lot of yellow material”, and that they “had to wear yellow”.

Roscosmos said the colours align with the Bauman Moscow State Technical University, where each of the cosmonauts studied.

“Sometimes yellow simply means yellow,” tweeted director general of Roscosmos, Dmitry Rogozin. “Under no circumstances will we force cosmonaut graduates of Bauman University not to wear the colors of the coat of arms of their alma mater.”

The cosmonauts launched at 11:55am EDT from the Baikonur Cosmodrome in Kazakhstan, as the station was orbiting 260 miles over the east of the country.

The latest news comes as Russia’s participation on the ISS continues to be threatened by the war, and Rogozin has warned the nation will exit if America, Europe and Canada continue imposing sanctions on the country.

According to Russia’s new agency TASS, Rogozin said last week he would wait until the end of March for the response from NASA, the Canadian Space Agency and the ESA to his demand to lift sanctions.

He warned in early March if Russia was to exit the partnership, the ISS could go into an uncontrolled orbit and fall into the United States. Russia is responsible for re-boosting the station to maintain its high altitude in space.

"We will wait until the end of March. The lack of response or a negative response would be a basis for our decision," he said, without relaying details.

The cosmonauts are set to conduct more than 50 experiments on the station for biology, physiology, materials processing, cosmic ray physics and more, TASS claimed.

Meanwhile, NASA astronaut Mark Vande Hei is set to return to Earth onboard a Soyuz spacecraft on 30 March, holding the American record for the longest single human spaceflight mission of 355 days.