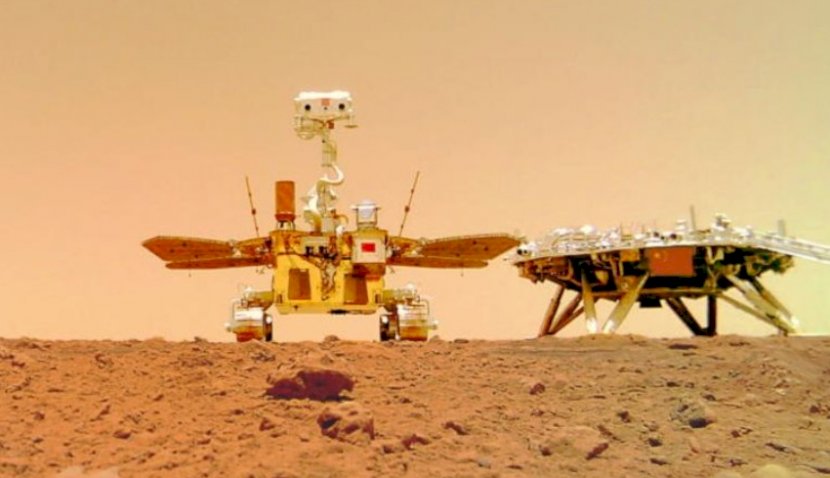 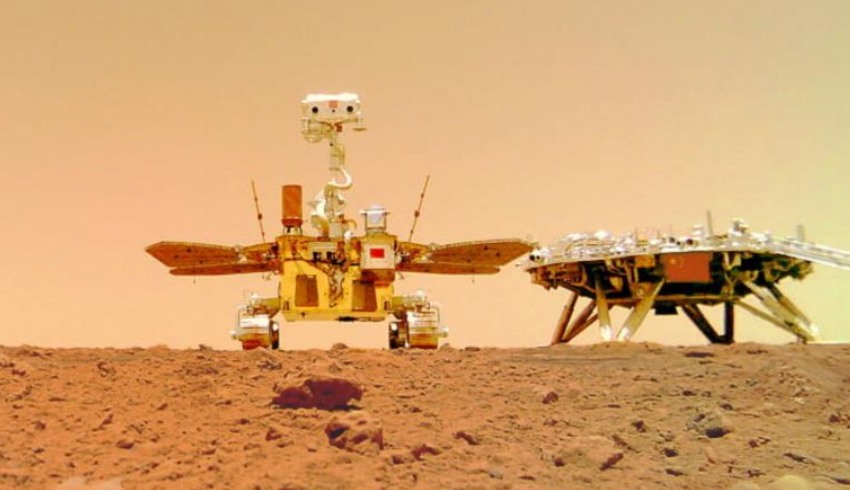 A new video released shows the first sounds and images of the Zhurong rover, which departed from its Tianwen-1 lander and onto the Red Planet on 22 May.

“With the files we released this time, including those sounds recorded when our Mars rover left the lander, we are able to conduct in-depth analysis to the environment and condition of Mars, for example, the density of the atmosphere on the Mars,” Liu Jizhong, deputy commander of China’s first Mars exploration program, told Chinese media.

The six-wheeled rover is powered by four solar panels, designed to study the topography and geology of the area, examine soil and ice content, survey elements, minerals and rocks, and for atmospheric sampling.

As part of the Tianwen-1 (Heavenly Questions), which is the CNSA mission to send a robotic spacecraft to Mars, the rover was central to its five-step assignment, including deploying an orbiter, a camera, a lander, a drop camera and then the rover.

The rover is extremely intelligent and can make decisions based on its surroundings.

“Zhurong Rover is more independent in its driving on Mars [compared with China’s Yutu lunar rovers]. It can judge by itself whether there is a path ahead based on its own image analysis,” Jia Yang, deputy chief designer of Tianwen-1 Mars probe, told CCTV.

“It will make a judgment about every one meter in its driving, and move towards the target set by the ground.”

According to the CNSA statement, the Tianwen-1 has been in orbit for 338 days, with a distance of 360 million kilometres of ground fire, from 27 June.

Now, the rover has worked on Mars for 42 Martian days and has travelled 236 metres from 27 June as well.

“The orbiter and the Mars rover are in good working condition, reporting safety from Mars to the party and the motherland, and sending distant blessings on the centuries of the party's founding,” the CNSA statement said.

The sounds in the recording are a metal-on-metal interaction of a rack and pinion system, recorded by the rover’s climate station, which is intended to capture wind sounds, according to Yang.

On 22 May, the Zhurong successfully departed from its landing platform and reached the surface of Mars.

Then, on 1 June, the rover’s Wi-Fi camera took images of the landing platform and the rover.

According to CNSA, “This is the first time that humans have obtained images of the rover’s movement on the surface of Mars.”

The deployment of the Zhurong makes China the second country that successfully soft-landed a spacecraft on Mars and received communications, following the US.

In the future, the rover will carry out “movement, sensing, and scientific exploration as panned”, according to CNSA.