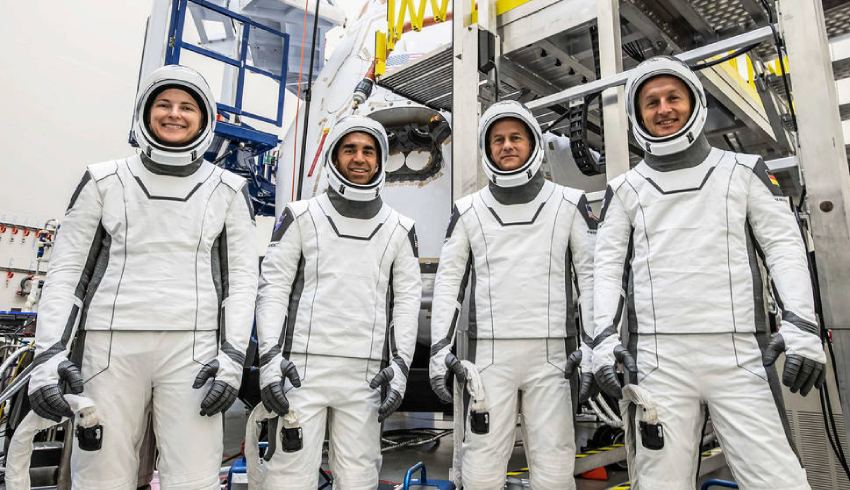 NASA and SpaceX are delaying the third crewed mission to the International Space Station again due to a minor medical issue with one of the astronauts.

It follows the agency’s first delay over the weekend, which saw the targeted launch date moved to 3 November – originally set for 31 October – due to “unfavorable weather conditions”, NASA said.

NASA said the Crew-3 member is not suffering from a medical emergency, and it is not related to COVID-19.

“The agency takes every effort to protect the crew prior to its launch through a health stabilisation plan,” NASA said.

“Crew-3 astronauts will remain in quarantine at NASA’s Kennedy Space Center in Florida while preparing for their launch.”

Teams will continue to monitor the crew health as they evaluate potential launch opportunities by the end of this week, the agency added.

The four astronauts – Raja Chari, Tom Marshburn, Kayla Barron and Matthias Maurer – are preparing for their six-month stay on the ISS.

Crew-3 is set to blast-off from NASA’s Kennedy Space Center in Florida onboard a Falcon 9 rocket – SpaceX’s workhorse – aboard a Crew Dragon spacecraft.

On 30 October, the day before the intended launch, the agency was forced to delay the first attempt over a large storm sweeping across Ohio Valley and through north-eastern United States, resulting in elevated winds across the Atlantic Ocean.

Weather conditions were expected to improve significantly on Wednesday, despite the mission being delayed again.

“The SpaceX Crew Dragon spacecraft and Falcon 9 rocket are in good shape and will remain at Launch Complex 39A at Kennedy,” NASA said.

This mission marks the third rotation with astronauts on the SpaceX Crew Dragon spacecraft blasting off to the ISS – and the fourth as part of NASA’s Commercial Crew program.

Crew-2 launched onboard a Falcon 9 to the ISS in late April, and the astronauts Shane Kimbrough, Megan McArthur, Thomas Pesquet and Akihiko Hoshide still reside there today.

After a handover period when Crew-3 lands on the ISS, the Crew-2 astronauts will board the Crew Dragon Endeavour for their return to Earth in early November, NASA said.

Due to the delays, the agency said it will continue monitoring specific dates for their return.