Artemis I rocket and spacecraft arrive at launch pad 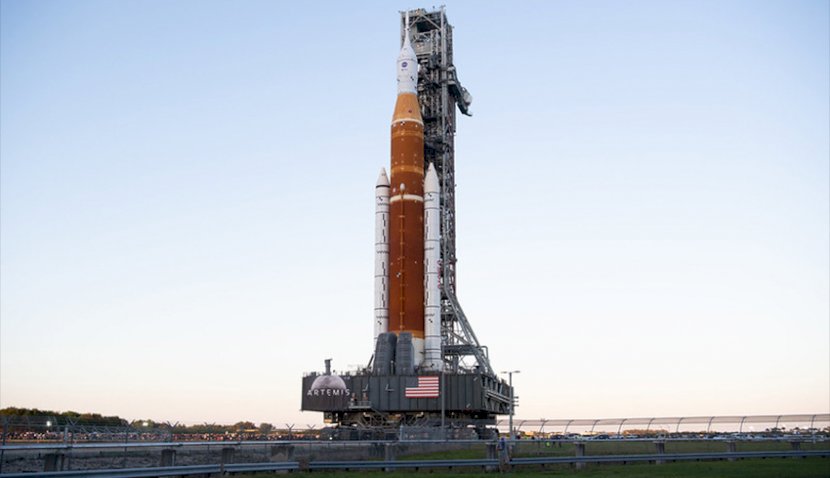 NASA’s Artemis I rocket and spacecraft officially arrived at the Kennedy Space Center launch pad to perform a wet dress rehearsal before launching to the moon in May.

Artemis I rocket and spacecraft arrive at launch pad 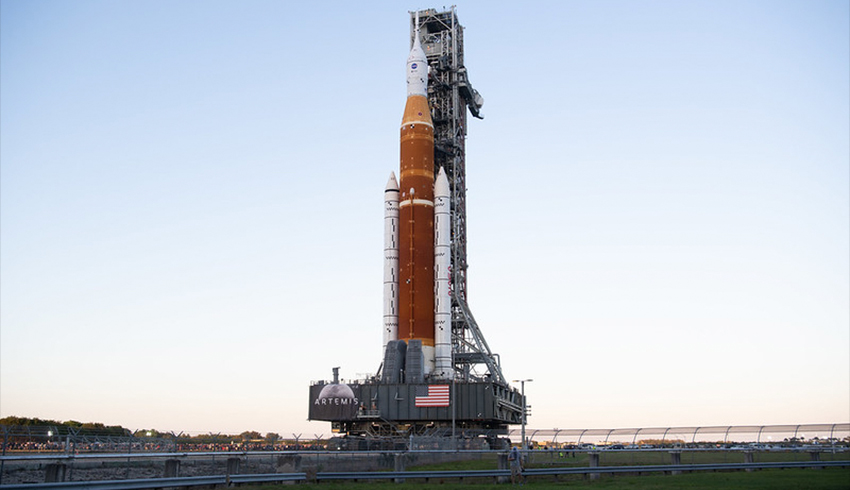 The Space Launch System (SLS) rocket and Orion spacecraft began the four-mile journey from the Vehicle Assembly Building (VAB) to Launch Complex 39B at the space centre in Florida at 5:45pm ET on 17 March and arrived at the pad at 4:15am the next day.

Artemis I is the first integrated test of NASA’s deep space exploration systems and its vision is to see humans return to the moon and beyond.

The three-week mission is an uncrewed test of NASA’s Space Launch System rocket and the Orion spacecraft to launch to the moon, and it was originally penned to launch in November last year.

NASA’s crawler-transporter, which carried the spacecraft and rocket, moved slowly with a top speed of .82 miles per hour.

Artemis I is expected to launch no earlier than May, after being delayed several times due to constraints from the pandemic, Hurricane Ida in August and several logistical reasons, according to the space agency.

Launching in 2022 will align with NASA’s 60th anniversary, and Janet Petro, director of the Kennedy Space Center said on Thursday at the event: “As we’re taking some time to reflect on the six decades of science and exploration, it really seems fitting that we look ahead [and] celebrate this milestone, our first step to returning to the moon.”

The team performed a planned pause once the spacecraft was outside the VAB high-bay doors to reposition the crew access arm before continuing the journey, according to a NASA blog.

The arm interfaces with the Orion which is stacked on top of the SLS to provide access to the crew module during launch pad and VAB operations.

The arm will also provide entry and exit for astronauts and payloads that will climb onboard Artemis II.

“Tonight, after years of meticulous planning, development, integration testing, the Space Launch System mated with the Orion spacecraft will continue this proud tradition, leaving the VAB as you see in front of you to make its way to the pad for the very first time,” continued Petro at Kennedy Space Center.

“Just as all eyes are on the SLS tonight as it makes its journey, in a few short weeks, all eyes are going to be on the sky as it rocks the Space Coast and takes its maiden flight around the moon.”

The team is set to perform the wet dress rehearsal on 3 April, lasting for about nine days, and then will return the spacecraft and rocket to the VAB for final testing before official launch.

The wet dress rehearsal will consist of a series of checks to ensure system launch readiness and loading all the propellants.